Elon Musk really can't wait to get to Mars. 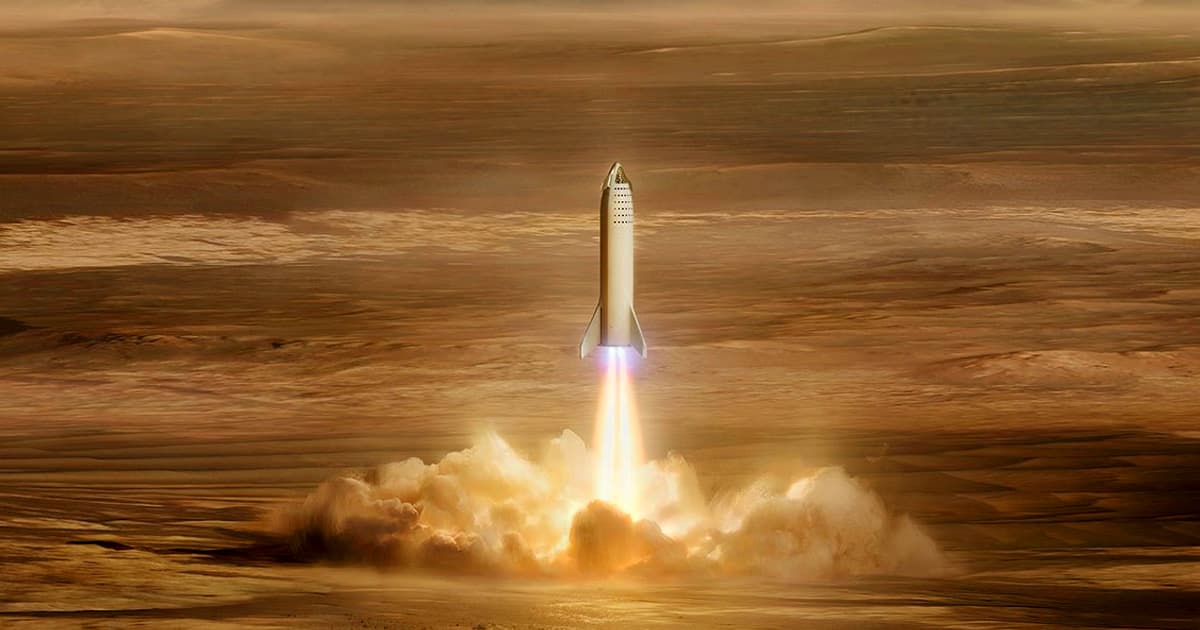 Elon Musk really can’t wait to get to Mars — and he thinks his space company will be landing there sooner rather than later.

In a new tweet, Musk promised that “SpaceX will be landing Starships on Mars well before 2030.” According to the billionaire, however, the real challenge will be to make “Mars Base Alpha self-sustaining.”

In context, Musk may have been trying to distract from a more substantive question. His tweet was in reply to a Twitter thread about European leaders starting to sweat under the pressure of SpaceX undercutting the price it costs to launch satellites, as Ars Technica‘s Eric Berger argued in a Monday piece.

Europe could end up having a hard time staying competitive when it comes to launching satellites, especially with regards to the European Space Agency’s Ariane 6 booster and smaller Vega-C, both set to make their debut in 2022.

“They are aiming too low,” Musk replied to Ars‘ tweet of the piece. “Only rockets that are fully and rapidly reusable will be competitive. Everything else will seem like a cloth biplane in the age of jets.”

More troubling, however, is that a new ESA initiative is aiming to have its competitive launch system, successor of the Ariane 6 and Vega-C, ready for 2030 and onward — eons from now in SpaceX terms, especially considering the company wants to land on Mars well before then.

SpaceX is racing ahead in its efforts to establish Starship as a reliable cargo and eventual passenger spacecraft. While the company has yet to land its first full-scale prototype — and have it stay in one piece after touchdown — Musk is hoping to have the vehicle go orbital as soon as this summer.

A trip around the moon will follow in 2023, according to his plans, with a first flight to Mars in just four years. Or, at least, that’s what Musk suggested to the International Mars Society Convention in October of last year.

Even once Starship makes it to space and back in one piece for the first time, getting to Mars is a big jump — and establishing a Mars base will be an even bigger one. And those realities are something Musk is probably painfully aware of.

READ MORE: Europe is starting to freak out about the launch dominance of SpaceX [Ars Technica]

More on Starship: This Is What It Would Be Like to Ride Starship During Its Epic “Belly Flop” Maneuver

Read This Next
NDA
SpaceX Reportedly Paid $250,000 to Silence Sexual Allegations Against Elon Musk
Round Trip
NASA Reveals Early Plans to Send Two Astronauts to Surface of Mars
Death Watch
Goodnight Sweet Prince: NASA is Officially Killing Its Mars Lander
Mars Attack
Scientists Worried About Military Facility to Store NASA Mars Rocks
Captain Planet
Buying Twitter Seems Like a Huge Distraction for Elon Musk’s Mars Plans
More on Off World
At Last
Yesterday on the byte
Astronauts Enter Starliner After It Finally Docks To Space Station
Fire Up the Backup
Friday on the byte
Boeing Starliner Limps Into Orbit After Two Engines Fail
That's Not Good
Wednesday on the byte
NASA Alarmed That Astronauts’ Spacesuits Keep Filling Up With Water
READ MORE STORIES ABOUT / Off World
Keep up.
Subscribe to our daily newsletter to keep in touch with the subjects shaping our future.
+Social+Newsletter
TopicsAbout UsContact Us
Copyright ©, Camden Media Inc All Rights Reserved. See our User Agreement, Privacy Policy and Data Use Policy. The material on this site may not be reproduced, distributed, transmitted, cached or otherwise used, except with prior written permission of Futurism. Fonts by Typekit and Monotype.