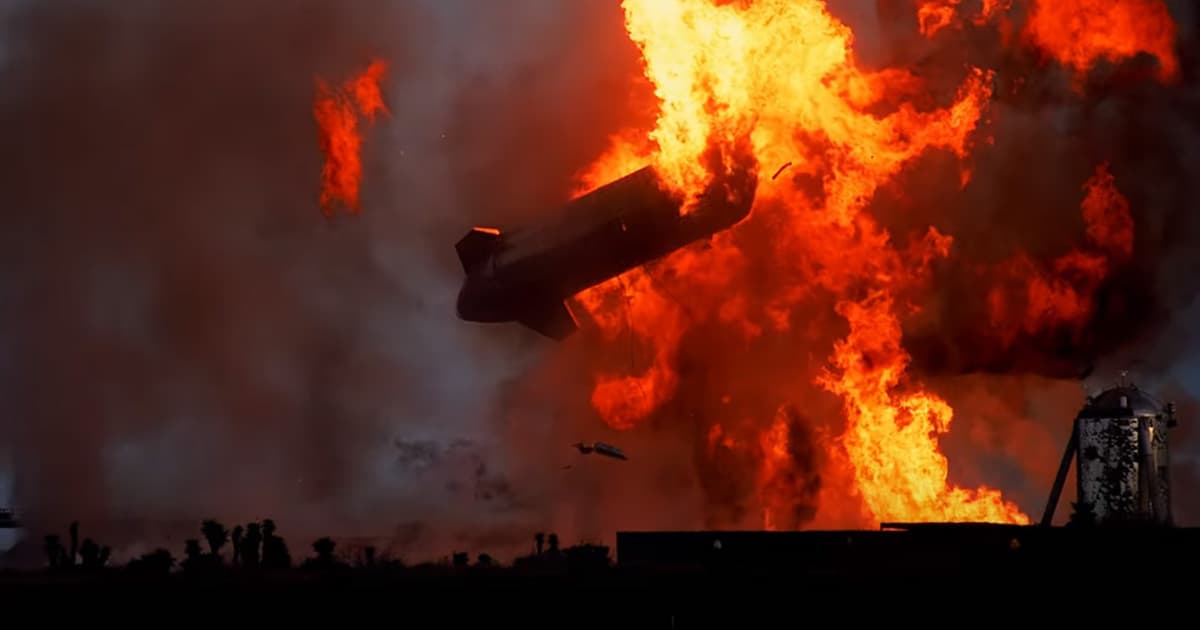 A Starship explosion has never looked this good.

A Starship explosion has never looked this good.

SpaceX's Starship SN10 prototype experienced a bit of an oopsie after managing to land.

The tower of stainless steel decided to give up the ghost several minutes after touchdown on Wednesday, going up in a massive plume of flames — just like its two predecessors SN8 and SN9.

Courtesy of space launch photography YouTube account Cosmic Perspective, we can relive the event in incredible slow motion, including the sounds of a cheering crowd near the launch pad.

The footage is detailed enough to show individual pieces of steel being flung in every direction.

It won't be long until we see the next full-scale Starship prototype fly. The next prototype, called SN11, is "ready to roll out to the pad in the very near future," said John Insprucker, who was hosting Wednesday's live stream, as quoted by SpaceNews.

More on Starship: There’s a Robodog Walking Around the Site of the SpaceX Starship Explosion