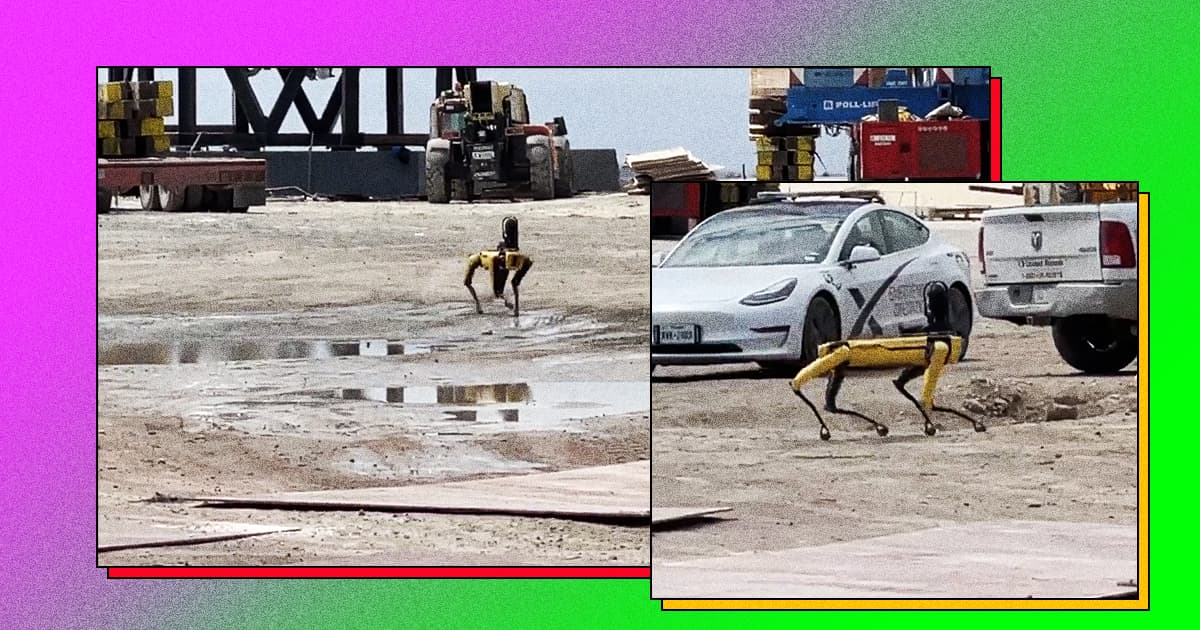 SpaceX's robodog "Zeus" is on patrol.

SpaceX's robodog "Zeus" is on patrol.

SpaceX came closer than ever before to a successful Starship test launch on Wednesday evening, just to see the SN10 prototype explode in a gigantic fireball minutes after an otherwise-successful landing.

A day later, SpaceX is still in cleanup mode, with teams of workers retrieving various rocket parts and picking up after the explosion. But the company also got a helping hand from Zeus, SpaceX's Boston Dynamics robodog, which Ars Technica photographer Trevor Mahlmann spotted on the scene, surveying the explosion site.

SpaceX has previously used the $75,000 robot dog to inspect test sites or other areas that aren't safe for humans, according to SpaceExplored.

Zeus can safely check on gas leaks or other hazards, especially those related to SpaceX's slew of exploded Starship prototypes, and has been rewarded with its own doghouse near the Boca Chica, Texas launch pad.

SpaceX has installed a doghouse for their robotic companion ‘Zeus’. pic.twitter.com/Kmk1sUK8Ma

Last week, Zeus was spotted bounding around the SpaceX landing pad, though it's not clear exactly what it was up to.

But presumably it's a bit busier this time around, as it sniffs around the explosion to help SpaceX make sense of what went wrong and how to pick up the pieces.

Thanks, but No Thanks
Oakland Police Want to Arm Robots With Shotguns, Because We Live in a Dystopian Nightmare
10. 17. 22
Read More
Quacks Like a Duck
Watching Elon Musk's Robot Back to Back With Boston Dynamics Is... Something
10. 4. 22
Read More
Unholy Diver
Terrifying Humanoid Diving Robot With "Human" Sense of Touch Explores Shipwreck
8. 1. 22
Read More
+Social+Newsletter
TopicsAbout UsContact Us
Copyright ©, Camden Media Inc All Rights Reserved. See our User Agreement, Privacy Policy and Data Use Policy. The material on this site may not be reproduced, distributed, transmitted, cached or otherwise used, except with prior written permission of Futurism. Articles may contain affiliate links which enable us to share in the revenue of any purchases made.
Fonts by Typekit and Monotype.