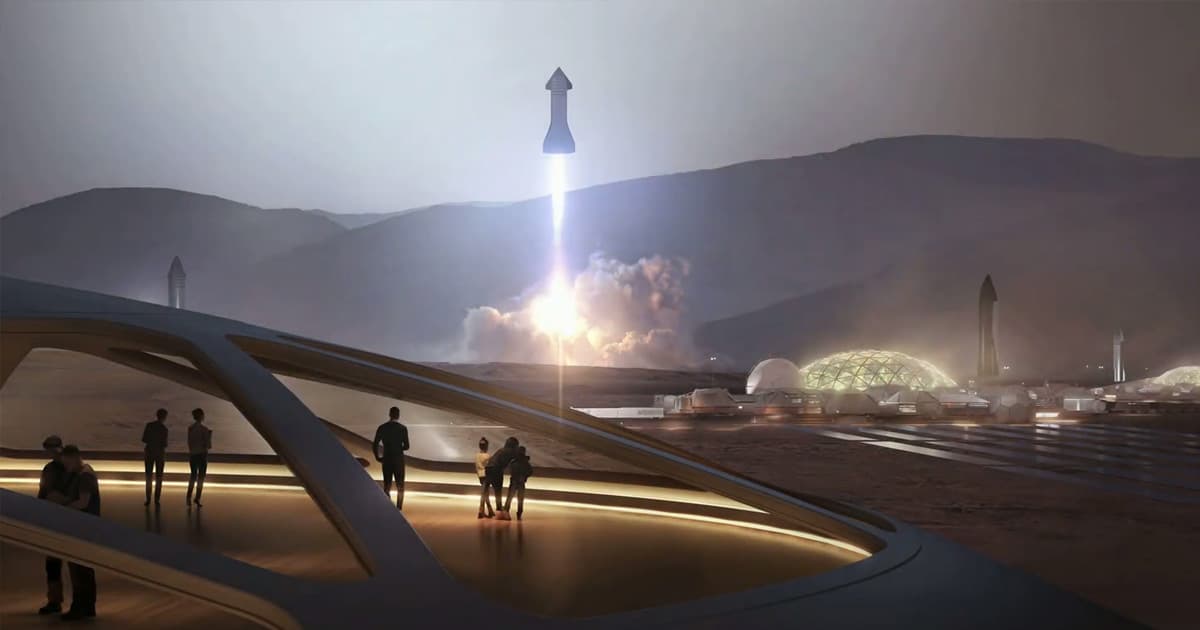 Elon Musk Wants to Send First Starship to Mars in 2024

"I think we have a fighting chance of making that second Mars transfer window."

"I think we have a fighting chance of making that second Mars transfer window."

Elon Musk's SpaceX has some ambitious plans to get cargo (and eventually, passengers) to the Moon and Mars using its gigantic, 165-foot Starship rocket.

And the first trip to Mars might happen sooner than you might think. Speaking with Mars Society founder Robert Zubrin at the non-profit's international convention last week, Musk claimed that "we have a fighting chance of making that second Mars transfer window."

You know how the shortest distance somewhere is a straight line? Every 26 months, Mars' and Earth's orbits align in a way that it make it more convenient to make the trip. Three countries, the US, China, and the United Arab Emirates all took advantage of the previous transfer window this summer, sending landers, rovers, and orbiters to the Red Planet. The second window Musk referred to will occur some time in 2024, with the first being in 2022.

SpaceX is making big strides in developing the Starship. Over the summer, the space company has successfully flown early prototypes to a height of 150 meters (just under 500 feet). A test flight to an altitude of 12 miles is scheduled within the coming weeks if early tests of its SN8 prototype are any indication.

"SpaceX is taking on the biggest single challenge, which is the transportation system," Zubrin said at the convention. "My personal hope is that we're gonna see Starship in the stratosphere before this year's out, and if Elon is right, reach orbit next year or the year after."

NASA has also selected SpaceX (among three companies) to develop a lunar variant of the Starship, indicating that it could also be making a journey to the Moon as well before leaving for Mars.