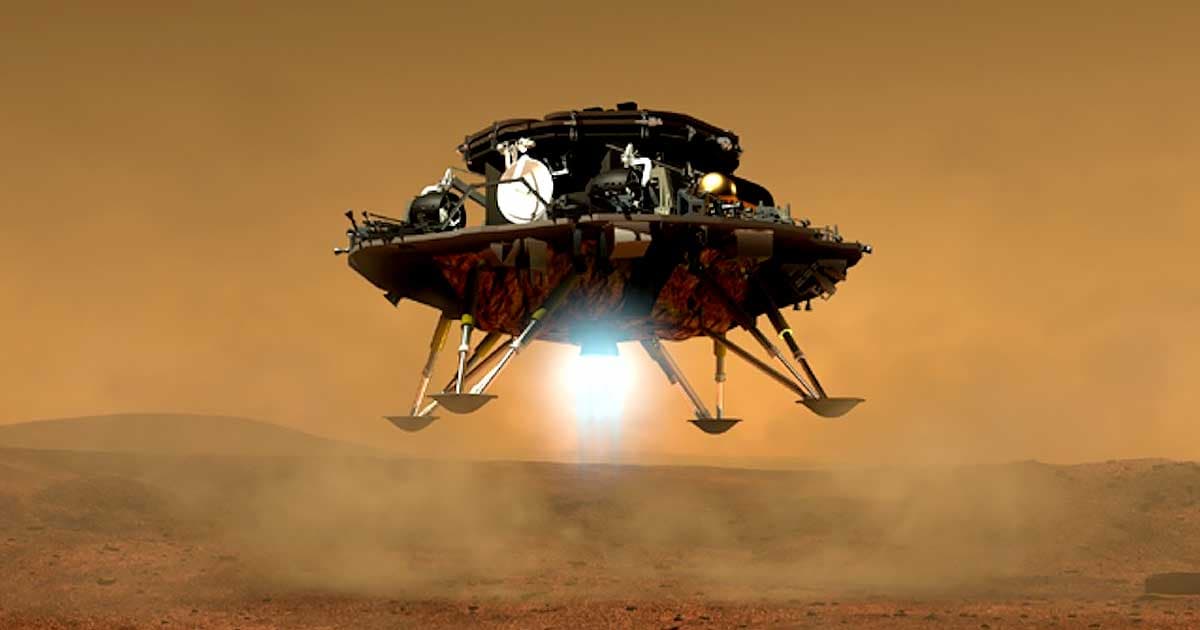 China Just Launched a Mission to Hunt for Life on Mars

China could be poised to become the second country in the world to land a functional robotic spacecraft on Mars.

China could be poised to become the second country in the world to land a functional robotic spacecraft on Mars.

China has successfully launched its Tianwen-1 — roughly translated as "Heavenly Questions" — mission to Mars. The spacecraft, which is intended to hunt for life on the Red Planet, includes an orbiter, lander, and a rover.

A Long March 5 rocket took off from China's Wenchang Spacecraft Launch Site early Thursday morning local time, kicking off the country's first mission to the Red Planet since its first failed attempt in 2011. It's only the fourth time a Long March 5 rocket of this kind, a gigantic heavy lift launch system, has successfully made it off Earth, according to The Verge.

The mission is expected to arrive at Mars in February 2021.

China now has the chance to become only the second country in the world, after the US, to land a functional robotic spacecraft on the surface of Mars. Other attempts by Europe and the Soviet Union have had only limited success. Both of Europe's attempts failed, while the Soviet Union's Mars 3 spacecraft managed to land in 1971 — but failed less than two minutes after landing.

NASA has had substantially more success, having sent four robotic vehicles to the Martian surface to date.

If the lander makes it to the surface intact, the Tianwen-1 rover will attempt crawl the Martian surface to study the planet's geology. It will also attempt to find evidence of current and past life, map the surface, and examine the composition of Martian soil.

The news comes after the United Arab Emirates kicked off its own mission to Mars on July 19. The country will attempt to explore the Martian atmosphere and climate using a orbiting spacecraft called Hope.

It's a hot summer for Mars missions, with NASA planning to launch its Perseverance Mars rover mission as early as July 30, weather permitting.