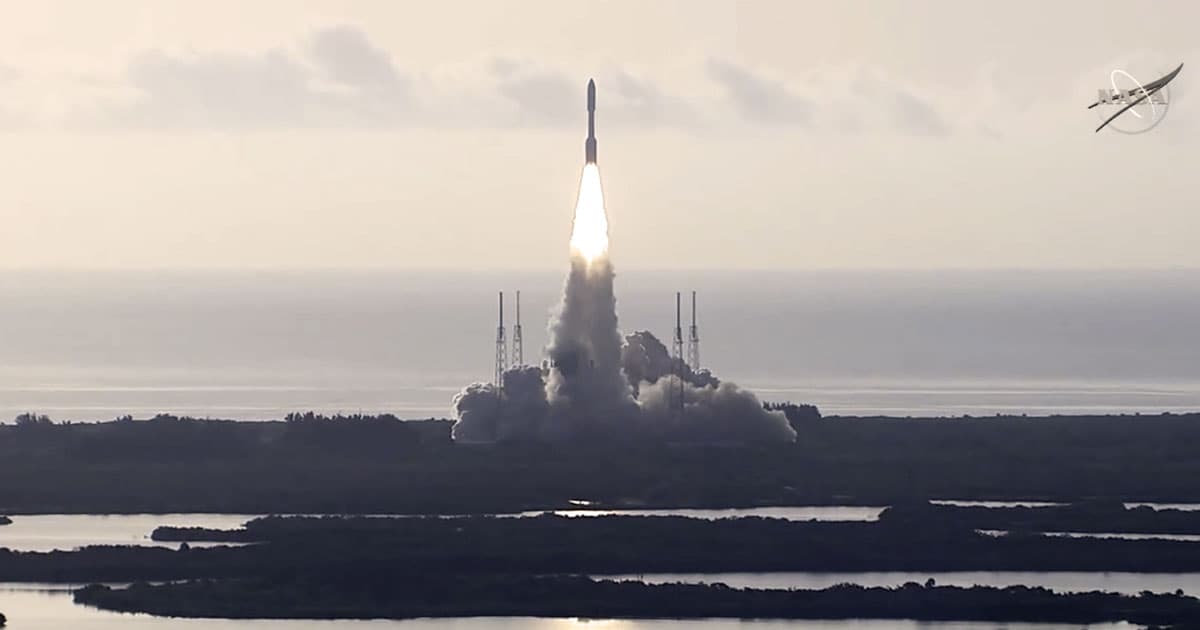 NASA Blasts Off Most Sophisticated Mars Mission in Human History

"This is the first time in history where we're going to Mars with an explicit mission to find life on another world — ancient life on Mars."

"This is the first time in history where we're going to Mars with an explicit mission to find life on another world — ancient life on Mars."

At exactly 7:50 am EDT this morning, NASA successfully launched its Perseverance rover mission to Mars. The rover, with its Ingenuity Mars Helicopter in tow, blasted off from Cape Canaveral, Florida atop a United Launch Alliance Atlas V rocket.

A small earthquake prior to launch luckily didn't cause any delays, as CNN reports.

"This is the first time in history where we're going to Mars with an explicit mission to find life on another world — ancient life on Mars," noted NASA administrator Jim Bridenstine during a press briefing at NASA's Kennedy Space Center.

Perseverance, NASA's fifth Mars rover, will spend the next seven months speeding hundreds of millions of miles toward Mars. Landing at the Jezero Crater, a suspected ancient dried up lake, is scheduled for February 18, 2021. The rover will then, if everything goes according to plan, deploy its experimental helicopter roughly two months later.

Perseverance is stuffed to the gills with scientific instruments, ranging from a device called MOXIE meant to test whether future visitors could produce oxygen from the Martian atmosphere, to SuperCam, a powerful laser capable of identifying organic compounds in rocks and soils.

The rover will also be the first robot to be able to "hear" its surroundings on the Red Planet thanks to a pair of microphones.

Additionally, Perseverance will collect rock samples and put them into a small glass tube — with the goal of another mission retrieving them at a later date.

More on Perseverance: On Tomorrow’s Launch, NASA Is Sending Spacesuit Chunks to Mars