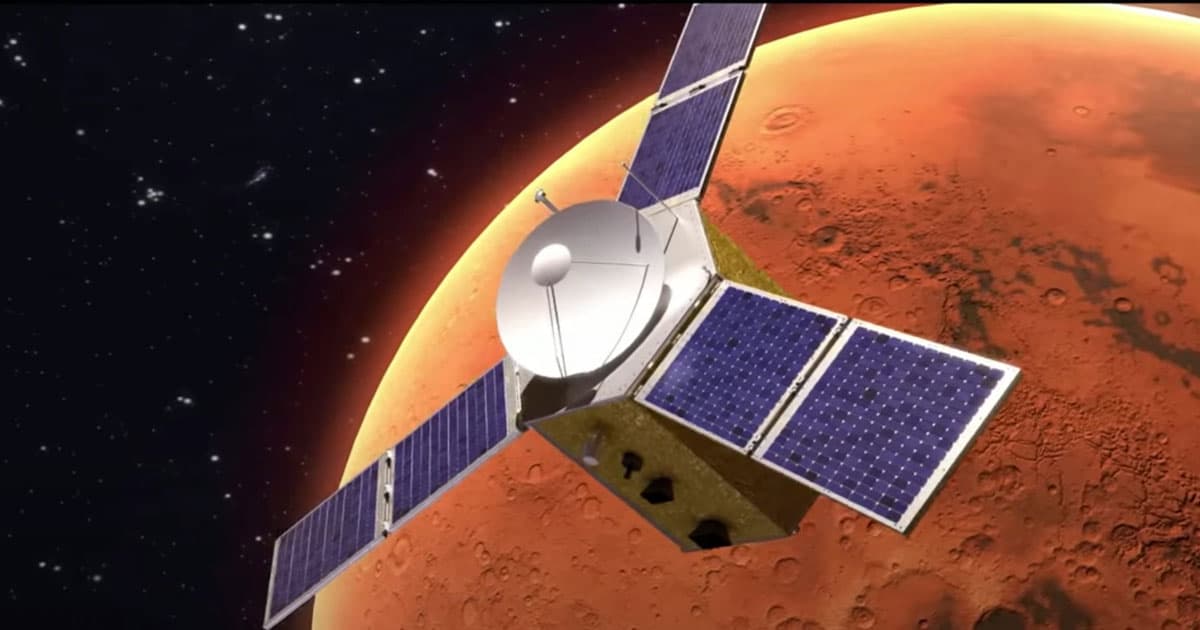 On Tuesday, the United Arab Emirates (UAE) will launch the nation's first mission to Mars. If all goes well, it could help us understand the planet's bizarre, violent weather.

The Emirates Mars Mission (EMM) will send an orbital satellite named Hope to Mars that will study its weather and atmosphere, The Verge reports. Once it's in orbit, it could give scientists a better understanding of the Red Planet's planet-sized dust storms — like the one ended the Opportunity mission in 2018.

Once it reaches Mars, Hope's elliptical orbit will bring it close to the surface of the planet roughly once every two Earth days, The Verge reports, during which it will scan the atmosphere using infrared, ultraviolet, and visible light-recording instruments.

"You're able to cover all local times, all areas of Mars, and that gives us the consistency that we require to be able to come and say that we do cover the day-to-night cycle for Mars," Sarah bint Yousif Al Amiri, minister of State for Advanced Sciences in the UAE, told The Verge.

The EMM is just one of three set to launch this month: China and the U.S. will also be sending spacecraft to Mars in the coming week. That's because Mars and the Earth are in a position that makes the jump particularly easy — but that also means its crunch time for all three countries.

"There was a real risk that, after six years of work, we could end up missing our launch window," EMM project manager Omran Sharaf told The Verge.

Astronaut Drip
We Just Got the First Peek at NASA's Artemis Moon Landing Suits
Jun 3
Read More
Round Trip
NASA Reveals Early Plans to Send Two Astronauts to Surface of Mars
May 18
Read More
Death Watch
Goodnight Sweet Prince: NASA is Officially Killing Its Mars Lander
May 17
Read More
+Social+Newsletter
TopicsAbout UsContact Us
Copyright ©, Camden Media Inc All Rights Reserved. See our User Agreement, Privacy Policy and Data Use Policy. The material on this site may not be reproduced, distributed, transmitted, cached or otherwise used, except with prior written permission of Futurism. Fonts by Typekit and Monotype.