Will SN15 be any different? 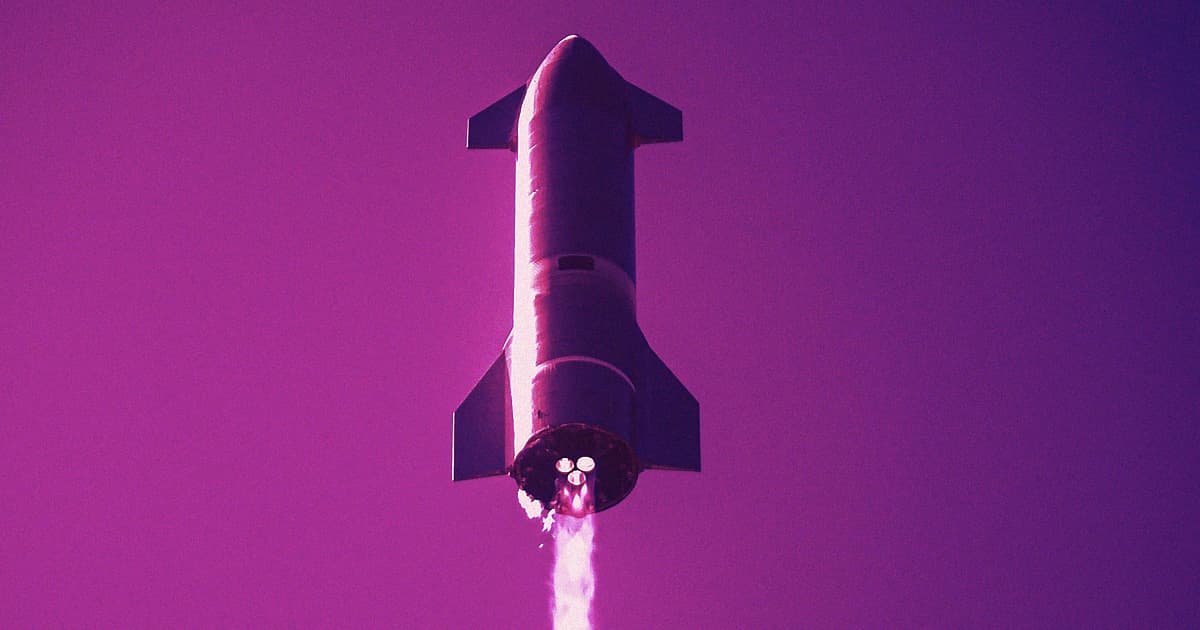 During its fateful launch last week, the massive spacecraft took off inside a cloud of heavy fog at the company's facilities in Boca Chica, Texas, obscuring its ascent to roughly ten kilometers completely.

Several minutes into the flight, SpaceX's official video feeds cut out. Shortly after, a massive explosion could be heard on various livestreams of the event, with heavy rocket parts raining down from the skies. SN11 was no more.

Now, according to CEO Elon Musk, engineers at SpaceX may have figured out what caused the fourth full-scale prototype to blow up.

In other words, a Raptor engine caught fire because of a methane leak, leading to a "hard start" in the engine's methane turbopump, a component that increases pressure in the rocket's combustion chamber.

The event was seemingly triggered while SN11 was trying to reignite its engines to slow its descent.

Thanks to the heavy fog on March 30, we weren't able to watch the explosion unfold on camera. But an animation of what the explosion may have looked like by SpaceX enthusiast Erc X could give us an idea.

The brief animation shows the prototype bursting into a cloud of shrapnel and smoke well above the surface, as it attempted to right itself following its "belly flop" maneuver during descent.

Animation of SN11 Explosion behind the Fog! This was made to showcase Starships orientation and when/where the explosion originated, all with a clear sky!🌤

But Musk is ready to leave SN11's demise behind. In only a short period of time — we're still not entirely sure when exactly — the space company's next Starship prototype, called SN15, will roll out on the launch pad.

"[SN15] has hundreds of design improvements across structures, avionics/software and engine," Musk tweeted shortly after SN11's explosion. "Hopefully, one of those improvements covers this problem. If not, then retrofit will add a few more days."

SN15 will also feature plenty of fixes that address the small methane leak causing SN11 to rip itself into pieces. "This is getting fixed 6 ways to Sunday," Musk added in today's tweet.

All we can do is wait and see if the fifth time's the charm. If Musk is to be believed, SN15 will be an entirely new beast — but there's no guarantee its launch won't end in yet another explosion.

Read This Next
Makeover Scene
Space Tourist Says He's Thinking About Flying SpaceX Craft Up to Fix Hubble
Grain of Salt
There's a Huge Problem With Elon Musk's Promise to Bring Starlink to Iran
Sluggo Mode
SpaceX Has a Major Problem With Its Starlink Internet Connections
Dumpster Fire
SpaceX Tested Starship's Engines and Accidentally Caused a Large Fire
Classified
Here's What the Former Head of NASA Has to Say About the Moon Mission Delay
More on Off World
Watery Grave
Nov 22 on the byte
Chinese Military Forcefully Seizes Debris That Philippines Recovered After It Fell From Space
Jetsam
Nov 22 on the byte
Lunar Lander Released by NASA’s Artemis 1 Mission Dies
Not Not Accurate
Nov 21 on the byte
Bad Guy in New "Indiana Jones" Movie Is Nazi Who Works at NASA
READ MORE STORIES ABOUT / Off World
Keep up.
Subscribe to our daily newsletter to keep in touch with the subjects shaping our future.
+Social+Newsletter
TopicsAbout UsContact Us
Copyright ©, Camden Media Inc All Rights Reserved. See our User Agreement, Privacy Policy and Data Use Policy. The material on this site may not be reproduced, distributed, transmitted, cached or otherwise used, except with prior written permission of Futurism. Articles may contain affiliate links which enable us to share in the revenue of any purchases made.
Fonts by Typekit and Monotype.