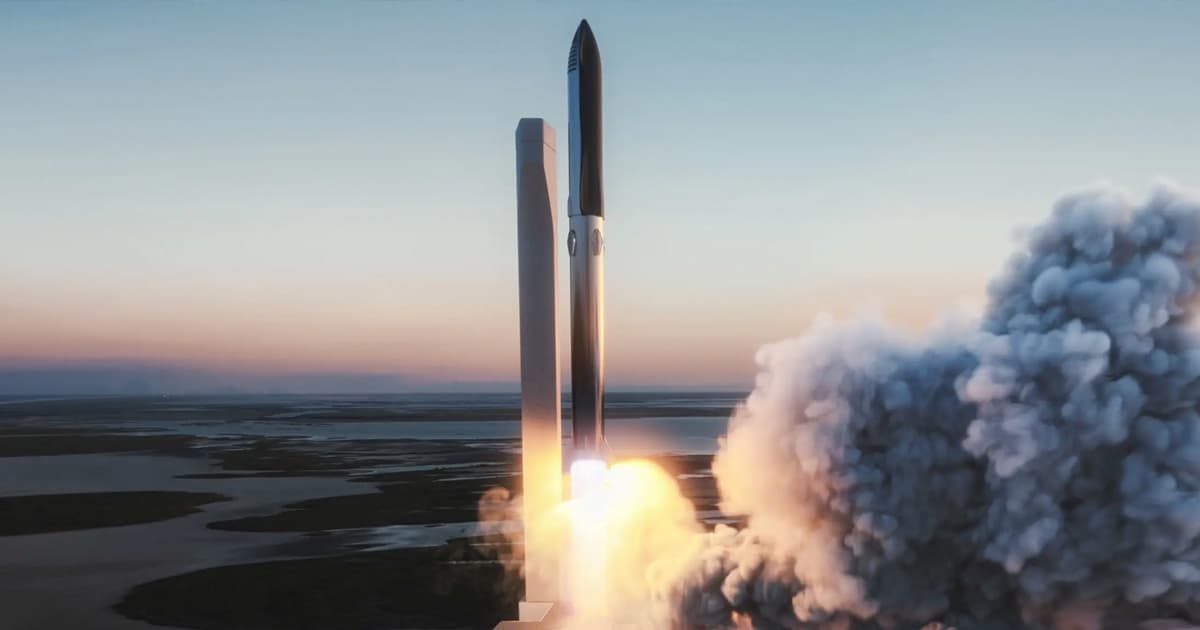 A bold plan is coming into focus.

A bold plan is coming into focus.

According to the latest drone shots, SpaceX is making solid progress on its orbital launch facilities in Boca Chica, Texas.

Most prominent among a number of new structures is the first of two planned "launch towers" designed to catch the space company's Super Heavy booster — a gigantic rocket stage meant to push Starship into orbit — using massive arms, as Teslarati reports.

The foundation pilings for the launch tower can be seen in this image taken yesterday!🚀 pic.twitter.com/oibDDXqN4o

In December tweets, CEO Elon Musk revealed that "we’re going to try to catch the Super Heavy Booster with the launch tower arm, using the grid fins to take the load."

The launch tower may have a second and just as important job as well. "Might just catch the ship with the launch tower, same as booster," Musk wrote in a March tweet.

The massive tower could also be used to join the 165-foot spacecraft to its 230-foot rocket.  With its booster, Starship will stand just shy of 400 feet tall, almost 100 feet taller than the Statue of Liberty.

To put that into perspective, NASA's enormous Saturn V rocket used to launch the Apollo missions to the Moon stood at just 363 feet.

Joining the two won't be an easy task, and SpaceX will "need launch tower for that," as Musk revealed in a tweet earlier this month, noting that "both booster and ship need to be stabilized at stage separation joint."

SpaceX's launch tower seems to have appeared out of nowhere, suggesting that the space company is focusing intensely on its development.

Considering Musk wants Starship to go orbital before the end of the year, the company has an immense amount of work before it.

We're still not entirely sure how the tower will work or how SpaceX intends to use it to catch a 230-foot rocket stage — but we can't wait to find out and watch the action unfold.