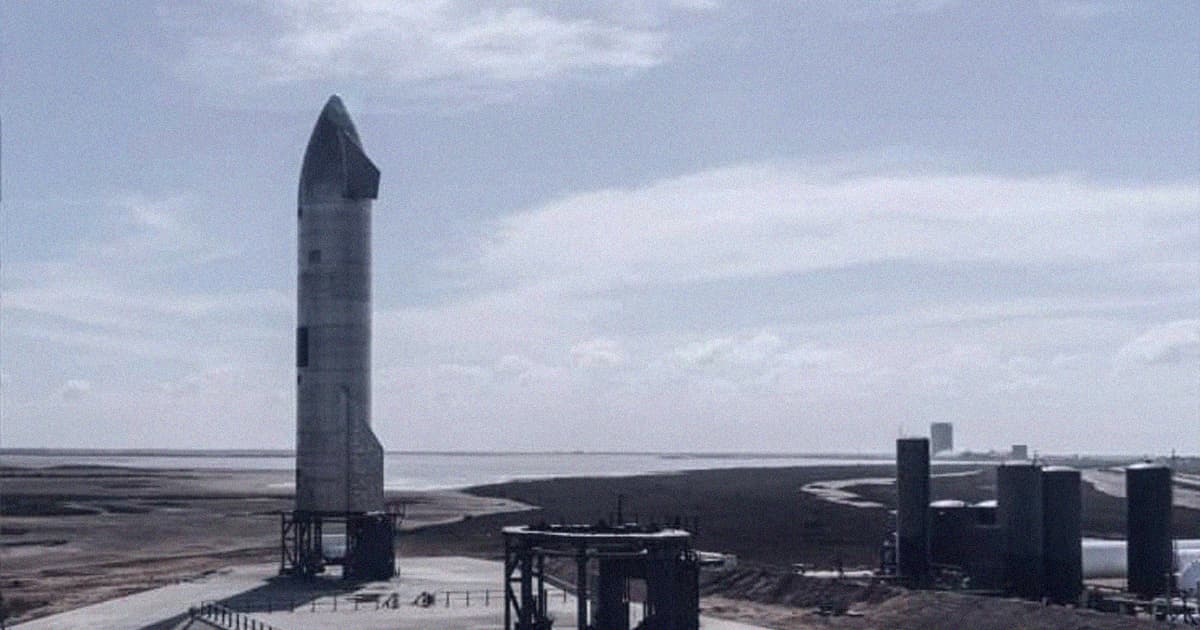 It's lucky that nobody got hurt.

It's lucky that nobody got hurt.

Heavy fog at the company's test site in Boca Chica, Texas, obscured the view of the event, leading many to question just how much damage ensued.

This morning's explosion, however, appears to have been particularly heavy, with debris raining down from the skies a great distance from the launch pad.

Case in point, one spectator was able to recover a piece of debris from the lost rocket an astonishing five miles from where it launched, according to CNBC reporter Michael Sheetz.

A spectator holds a piece of debris which was blown 5 miles from where SpaceX launched and attempted to land Starship rocket SN11:

Unofficial livestreams set up by the team at NASASpaceflight captured the moments following SN11's demise. The footage shows large pieces of debris plummeting, sending up huge sprays of dirt. Even a nearby yucca palm was seemingly chopped in half by a falling piece of rocket.

This morning's launch, for instance, had to be delayed by a day because "FAA inspector unable to reach Starbase in time for launch" on Monday, according to SpaceX CEO Elon Musk.

If it were up to Musk, an FAA inspector would be available at all times to clear upcoming Starship prototypes for launch.

That would probably a good thing: the last thing SpaceX needs on its hands is somebody getting hurt during its next test.

More on the launch: Starship Prototype Launches in Heavy Fog, Blows Up Dramatically