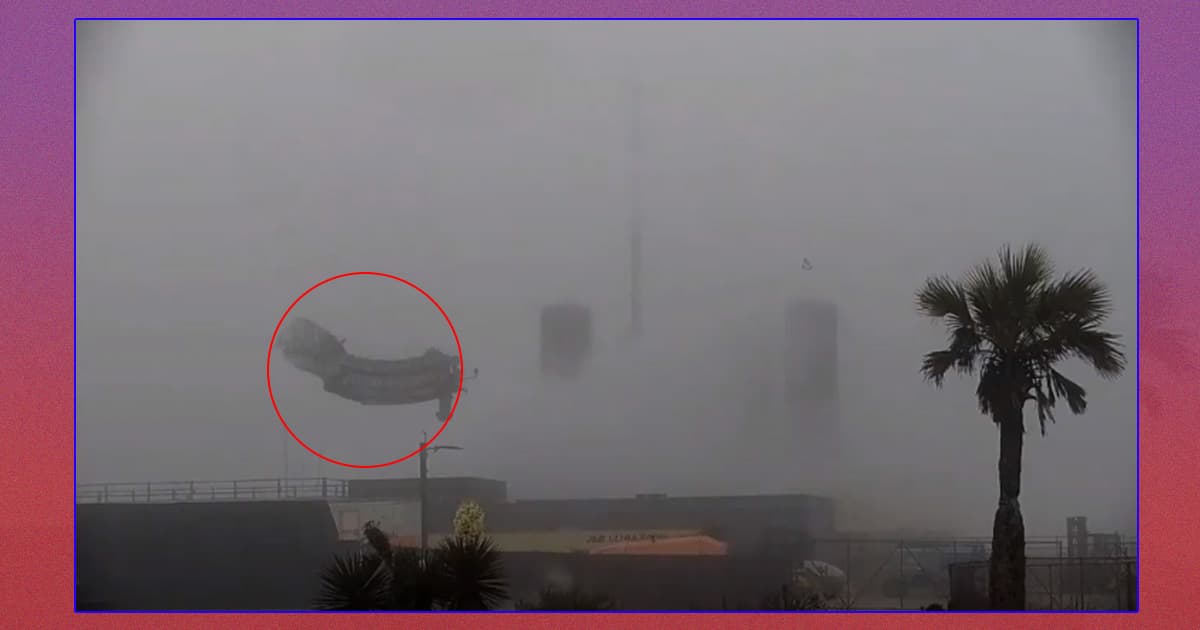 Watch Dirt Spray Up as Starship Debris Lands Next to Camera

Here's what might have gone wrong, according to Elon Musk.

Here's what might have gone wrong, according to Elon Musk.

SpaceX launched yet another full-scale prototype of its Mars-bound Starship early Tuesday morning at its test facilities in Boca Chica, Texas.

Thanks to heavy fog, we had to watch the ensuing explosion in the form of a lit up orange cloud.

The team at NASASpaceflight, who had set up remote cameras to record the events, are now reviewing the footage — and it's not pretty.

The website's footage shows large chunks of debris raining down on the ground, spraying up dirt and likely hitting a tripod and a solar panel they had set up to power the camera.

Even a nearby yucca appears to have taken a direct hit.

Final view of SN11 in the air:

So what caused SN11 to hit the ground hard and explode? At this point, we can only speculate. "Looks like engine 2 had issues on ascent and didn’t reach operating chamber pressure during landing burn, but, in theory, it wasn’t needed," SpaceX CEO Elon Musk explained in a tweet about SN11's explosion.

"Something significant happened shortly after landing burn start," he added. "Should know what it was once we can examine the bits later today."

But Musk, as always, is optimistic. "A high production rate solves many ills," the billionaire wrote in a tweet replying to his company's official stream. "At least the crater is in the right place!"