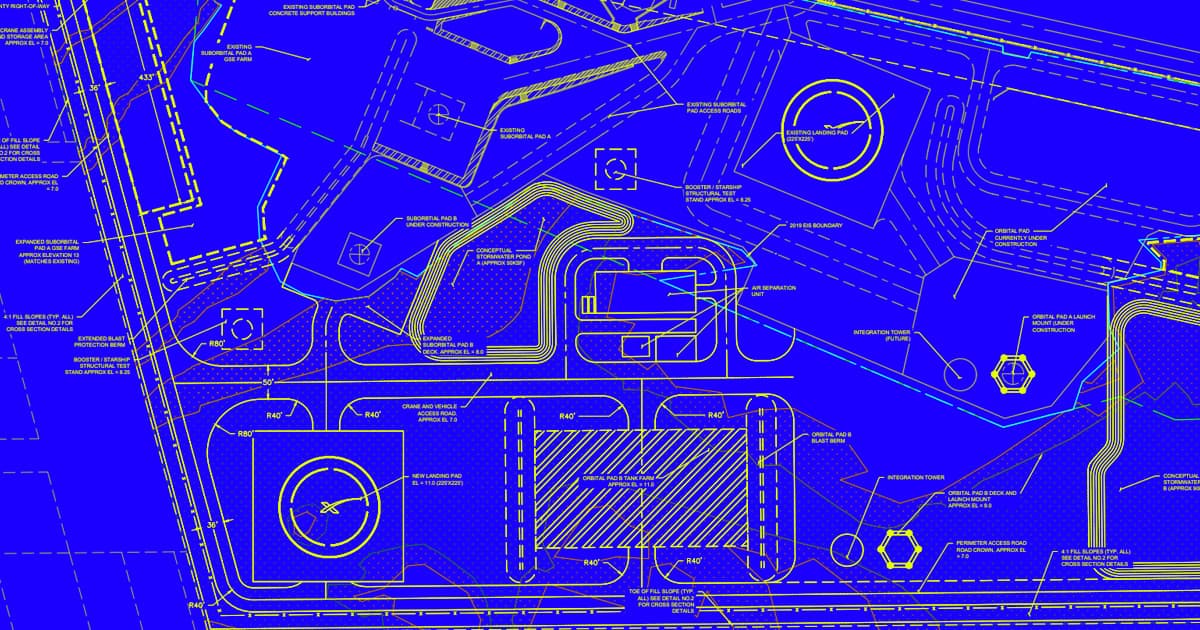 The plans, as outlined in a public notice, include plans for "the continued development of the SpaceX vertical launch area with the expansion and addition of test, orbital, and landing pads, integration towers, associated infrastructure, stormwater management features and vehicle parking."

The company is also planning to construct one additional orbital and one suborbital launch pad, as well as a large "tank farm" for ground support equipment — a substantial expansion of its existing launch facilities.

The expanded launch site will cover a vast area.

"The proposed expansion will impact 10.94 acres of mud flats, 5.94 acres of estuarine wetlands, and 0.28 acres of non-tidal wetlands," the notice reads. That is still far smaller however than other launch sites, including the Kennedy Space Center and Cape Canaveral, as Ars points out.

Sketches for the proposed site even include a final resting place for "Starhopper," the company's first Starship prototype, near the site's entrance.

The company is still undergoing an environmental assessment by the Federal Aviation Administration.

The news comes after SpaceX CEO Elon Musk suggested incorporating the nearby village of Boca Chica to create a new town called "Starbase." SpaceX has had to buy considerable amounts of land and property to make room for the testing site.

It makes sense for the company to build out its Starship HQ, and fortunately, SpaceX is going by the books, for instance including stormwater ponds as a way to safeguard against possible flooding.

But if recent squabbles with the FAA over safety measures surrounding its recent Starship launches are anything to go by, the area is about to become a lot busier — and louder.