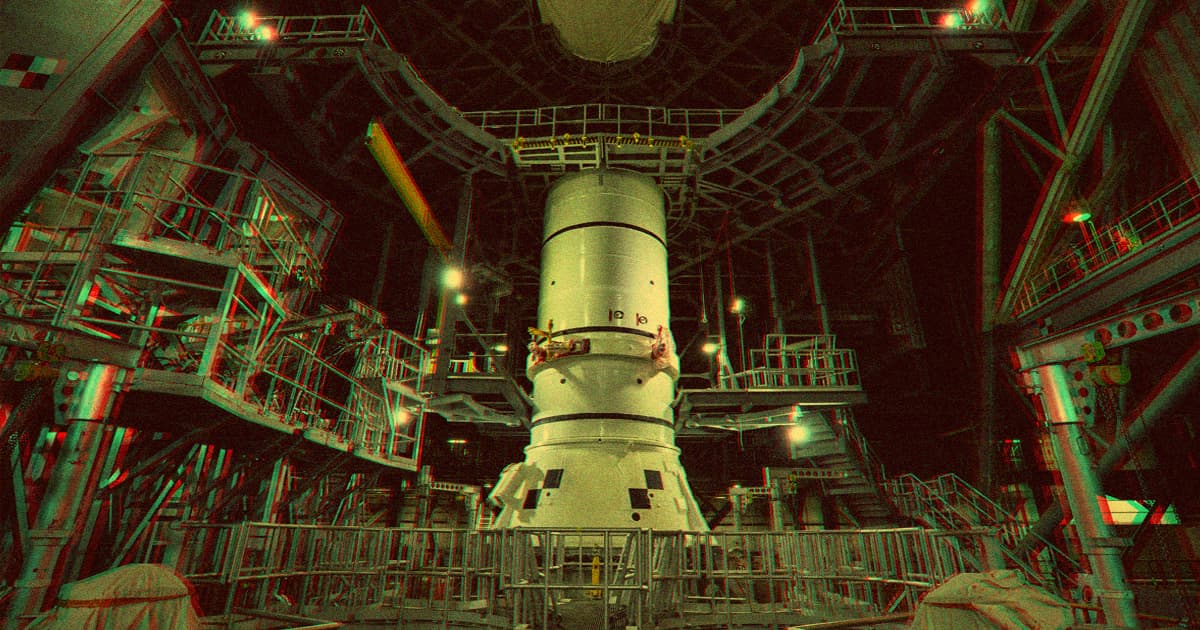 Former NASA deputy administrator Lori Garver believes that the agency's extremely expensive and overdue Space Launch System (SLS), the rocket meant to return American astronauts to the surface of the Moon, just isn't worth the money and the wait.

In a new interview with CBS, Garver argued that "I would not have recommended the government build a $27 billion rocket," referring to the SLS, "when the private sector is building rockets nearly as large for no cost to the taxpayer."

Waiting in the wings is SpaceX. The Elon Musk-led company has made extraordinary strides in developing its Starship rocket in recent months. Several prototypes have already taken flight, albeit with varying degrees of success.

The non-reusable system was first announced almost a decade ago and has cost the agency tens of billions of dollars over that time in development costs. In that same time span, SpaceX has successfully launched dozens of cargo missions to the International Space Station, as well as two crewed missions.

Starship, SpaceX's competing heavy-lift launch system, is designed to deliver up to 100 passengers to the Moon and even Mars. The company is also still competing for a NASA contract to build a variant capable of delivering American astronauts to the lunar surface as soon as 2024.

To Garver, it's not too late to send a Starship to the Moon with NASA astronauts on board. When CBS's Bill Whitaker asked Garver if NASA should "pivot and start relying on SpaceX and commercial launchers — for the moon and beyond," Garver had a clear answer: "Undoubtedly. We should've before now."

But if current leadership is anything to go by, that change likely won't materialize.

Jurczyk added that it's "just hard for me to determine how we would leverage capabilities like Starship and the Super Heavy that would launch Starship without understanding their timeline, their capabilities, and a lot more detail."

The new acting administrator is confident NASA's long overdue and far over budget rocket is the way to go.

"What I can say now is that the Space Launch System is farther along than the Starship or any other commercial [project] with respect to a super heavy-lift capability that’s purpose-built for human spaceflight missions," Jurczyk told Futurism.

If all goes according to plan, NASA's SLS will launch the first uncrewed mission as part of its Artemis program around the Moon in November. A crewed mission to lunar orbit is set to follow in August 2023.

But if the last couple of years filled with delays are anything to go by, that launch date is far from set in stone.

And SpaceX isn't sitting idly by. After being selected as one of three companies to develop human landers for NASA's Artemis missions in April, the company won a $53 million contract in October to demonstrate an in-space fuel swap between tanks on one of its Starship spacecraft.

Refueling in orbit could allow Starship to make the long trek to the Moon and even establish a more permanent presence on the lunar surface.

It's still too early to tell where NASA's priorities lie or where they could shift, but the SLS isn't dead yet, despite SpaceX's recent advancements.

But one thing is for sure: the United States has a massive opportunity to deliver the first woman to the surface of the Moon. Whether that will occur in 2024 or later is anybody's guess.

READ MORE: NASA's new race to put a woman on the moon [CBS]

More on SLS: The Head of NASA Says He’s Not Quite Sure About SpaceX’s Starship