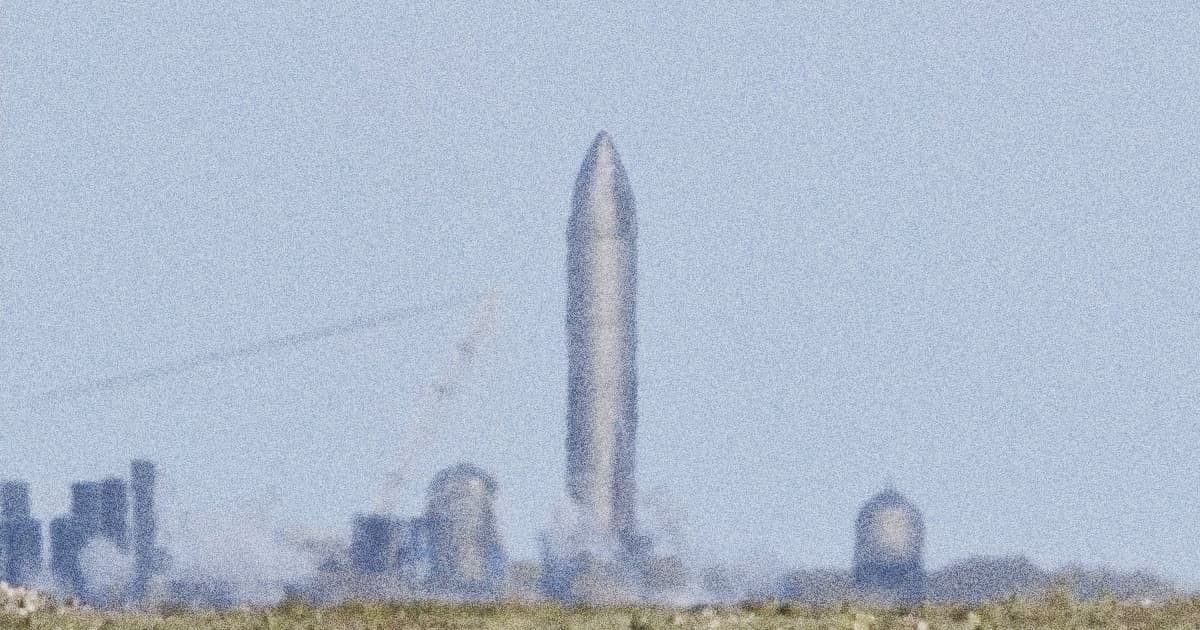 The FAA Said SpaceX Couldn't Launch Starship, But It Fueled Up Anyway

"Do it anyway, the skies don’t belong to the feds."

"Do it anyway, the skies don’t belong to the feds."

SpaceX had been scheduled to test the latest iteration of its Starship rocket today.

Then the Federal Aviation Administration announced that it had scrubbed the launch — prompting a furious response from SpaceX CEO Elon Musk.

But instead of standing down, SpaceX went ahead and continued fueling up the spacecraft. In fact, at press time, SpaceX had completed the fueling process and moved on to the final pre-launch step of chilling the engine.

Defying the FAA would presumably put SpaceX in extraordinary legal jeopardy — although, at the same time, Musk does have a history of standing up to powerful government entities.

In light of that, it's unclear whether SpaceX is now treating the exercise as a dress rehearsal for a launch, or if it's still negotiating with the FAA to reschedule the launch, or if it's modified the day's plans to do a static test fire instead of the planned high-altitude flight.

For its part, the FAA issued a statement reading that it will "continue working with SpaceX to resolve outstanding safety issues before we approve the next test flight."

Let's be clear. It seems flabbergastingly unlikely that SpaceX would launch the rocket without FAA approval. After all, the agency let SpaceX fly its previous Starship prototype last month, though that one had a rough landing.

In fact, NASASpaceFlight is now reporting that the launch attempt has been aborted — though they're leaving open the possibility that, with FAA approval, the launch could still go off this afternoon.

Online, though, SpaceX fans are egging the company on to go ahead with the launch regardless.

"Do it anyway, the skies don’t belong to the feds," one said.

Editor's note 1/28/2021: This post has been updated with additional details and context.