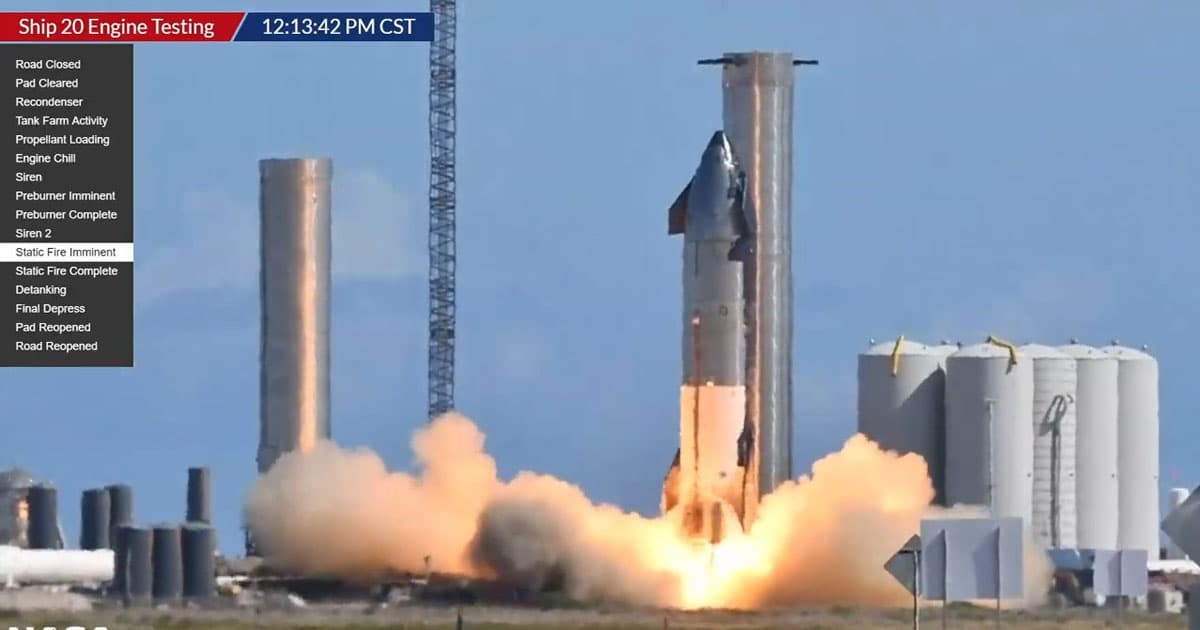 SpaceX's Orbital Starship Prototype Just Fired Up All Its Engines

SpaceX has successfully completed a static fire test of its first orbital-class Starship spacecraft prototype, with all six engines attached.

The massive stainless steel-clad tower lit up in dramatic fashion, as seen on footage broadcast by NASASpaceFlight, lighting up the space company's testing facilities in South Texas.

It's the first time the prototype, dubbed Starship 20, lit all six engines — three Raptor engines designed to take it into orbit and three optimized for traveling through the vacuum of space — at the same time.

Looks like a successful static test fire of Ship 20 with a full complement of Raptor engines. Not clear how many of the six engines (three sea-level, three vacuum) were fired. pic.twitter.com/jwEeazaNnM

Today's static fire test is a watershed moment for the space company, setting the stage for Starship's maiden voyage into orbit. But when that test will happen is still unclear due to an ongoing investigation by the Federal Aviation Administration.

The prototype previously completed its first static fire test, albeit with only three Raptor engines attached.

Now, we wait until Starship 20 gets to sit on top of its Super Heavy booster for the second time. SpaceX will likely static fire test its Booster 4 prototype prior to any orbital launch.

But we can't wait to watch the massive tower take flight.