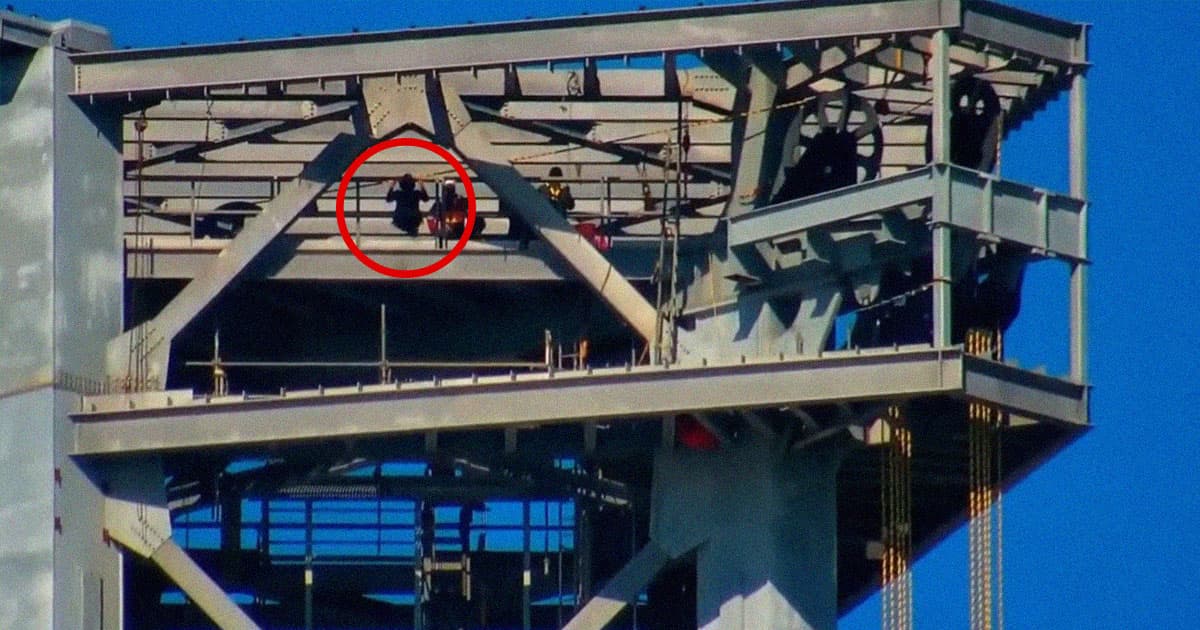 Talk about a workout with a view!

Talk about a workout with a view!

Several workers on top of SpaceX's new Mechazilla were spotted doing some pullups — a workout with a spectacular view, from around 400 feet above Texas.

As seen in footage captured by SpaceX fan and broadcaster Lab Padre, at least three engineers took turns getting some reps in, perhaps a way to keep up morale, shake off a case of the Mondays, or impress the team lead — though we'll likely never find out.

The little stunt is unlikely to violate any work safety rules, at least as far as we can tell, so it's all in good fun. And if does run afoul of OSHA, we'll hear about it soon, because all eyes are on the space company in the weeks ahead of its eventual first orbital test launch of its Starship rocket.

The massive tower, dubbed Mechazilla by SpaceX CEO Elon Musk, is a huge structure designed from the ground up to catch both the company's Mars-bound Starship spacecraft and its accompanying Super Heavy booster.

Teams have made astonishing progress over the last several months, including the installing of two specialized arms meant to catch the rockets like a pair of chopsticks.

But when we'll see it in action is still entirely up in the air. If it were up to Musk, the first orbital Starship launch could happen as soon as this month, but an ongoing investigation by the Federal Aviation Administration could end up delaying matters.

So for now, engineers will have to be able to entertain themselves — and they're certainly not struggling to do that.

More on SpaceX: NASA Astronaut: SpaceX Forcing Her to Pee in Diaper Is “Suboptimal”