NASA Astronaut: SpaceX Forcing Her to Pee in Diaper Is "Suboptimal"

That's one way to put it. 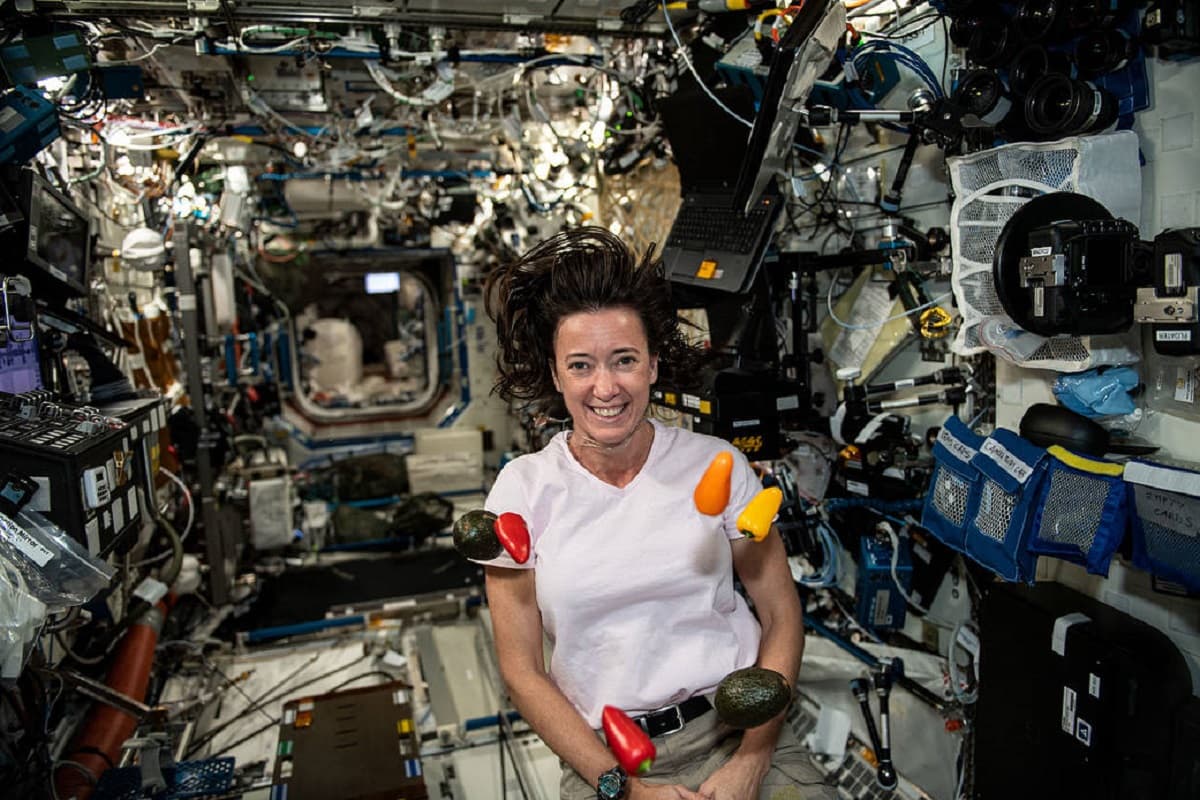 A NASA astronaut stationed aboard the International Space Station acknowledged this week that a design flaw in the toilet built into SpaceX's Crew Dragon module will force she and her colleagues to use diapers during their upcoming return journey to Earth.

"Yes, we are unable to use the toilet on Dragon for the return trip, and of course, that's suboptimal," McArthur told reporters on Friday, according to Space.com.

You might remember some drama during SpaceX's first space tourism launch, back in September, when it was widely reported that the civilian crew of Inspiration4 ran into some trouble with the spacecraft's waste management system.

Then, in October, it emerged that an engineering problem with Crew Dragon's commode had been leaking human waste under the craft's floor — and not just in the particular Crew Dragon module used on the Inspiration4 mission, dubbed Resilience, but apparently throughout the entire fleet (there was seemingly no danger to the craft, leading one space reporter to quip that "Crew Dragon appears to be resilient to piss.")

Still, the debacle means that SpaceX needs to upgrade the lavatory facilities in every Crew Dragon spacecraft — including the one currently parked at the space station, Endeavor, which SpaceX has no means of servicing until it returns to terra firma.

Hence the diapers. Of course, space travel is filled with challenges and discomfort, and it sounds as though McArthur is planning to take things in stride.

"But, you know, spaceflight is full of lots of little challenges and this is just one more that we'll encounter and take care of in our mission," McArthur added during her remarks, according to Space.com. "So we're not too worried about it. I think we have a good plan going forward."

Intriguingly, fellow NASA astronaut Shane Kimbrough also alluded to latrine-related concerns during the same media appearance. In this case, he lamented that due to ongoing delays with yet another SpaceX launch of astronauts to the ISS, it's unlikely that his crew — comprised of himself and McArthur, as well as Japan's Akihiko Hoside and France's Thomas Pesquet — will share any "handover" time with the replacement crew to walk them through the more challenging parts of life in orbit.

"A lot of that handover time is just showing little things on living in space — the things we don't get trained on, like eating and going to the bathroom and sleeping and those kinds of little tidbits that we would pass on to the next crew if they were here," Kimbrough said, according to Space.com.

But, Kimbrough said, "Mark Vande Hei is certainly capable to do that and get that next crew up to speed," referring to yet another NASA astronaut who will remain on the station after McArthur and Kimbrough's squad departs.

READ MORE: The astronauts of SpaceX's Crew-2 mission talk toilet trouble in space and more, but when will they land? [Space.com]

Read This Next
Putting Things In Perspective
Amazing Artemis Photo Shows Every Human, Alive or Dead, Plus the Moon
Fighting Words
Retired NASA Astronaut Scott Kelly Dishes on Ukraine, Russia, and Moon Mission
Psychological Warfare
Experts Excoriate NASA Report Claiming James Webb Wasn't Homophobic
Big Impact
Meteorite Hit Mars So Hard NASA Thought It Was a Quake
Failure to Launch
Lawsuit Accuses NASA of Widespread Racial Discrimination
More on Off World
Appetite for Dest...
Yesterday on the byte
Black Hole In "Hyper-Feeding Frenzy" Chews Through Stars and Shoots Its Leftovers Towards Earth
Lunar RGB
Wednesday on the byte
NASA Shows Off Artemis "Party Mode," Powered by Amazon (TM) Alexa (TM)
Love It or List It
Tuesday on the byte
NASA Hires Company to 3D Print American Base on the Moon
READ MORE STORIES ABOUT / Off World
Keep up.
Subscribe to our daily newsletter to keep in touch with the subjects shaping our future.
+Social+Newsletter
TopicsAbout UsContact Us
Copyright ©, Camden Media Inc All Rights Reserved. See our User Agreement, Privacy Policy and Data Use Policy. The material on this site may not be reproduced, distributed, transmitted, cached or otherwise used, except with prior written permission of Futurism. Articles may contain affiliate links which enable us to share in the revenue of any purchases made.
Fonts by Typekit and Monotype.