Going to the bathroom in space is horrible. In a new design challenge, NASA is trying to make it better. 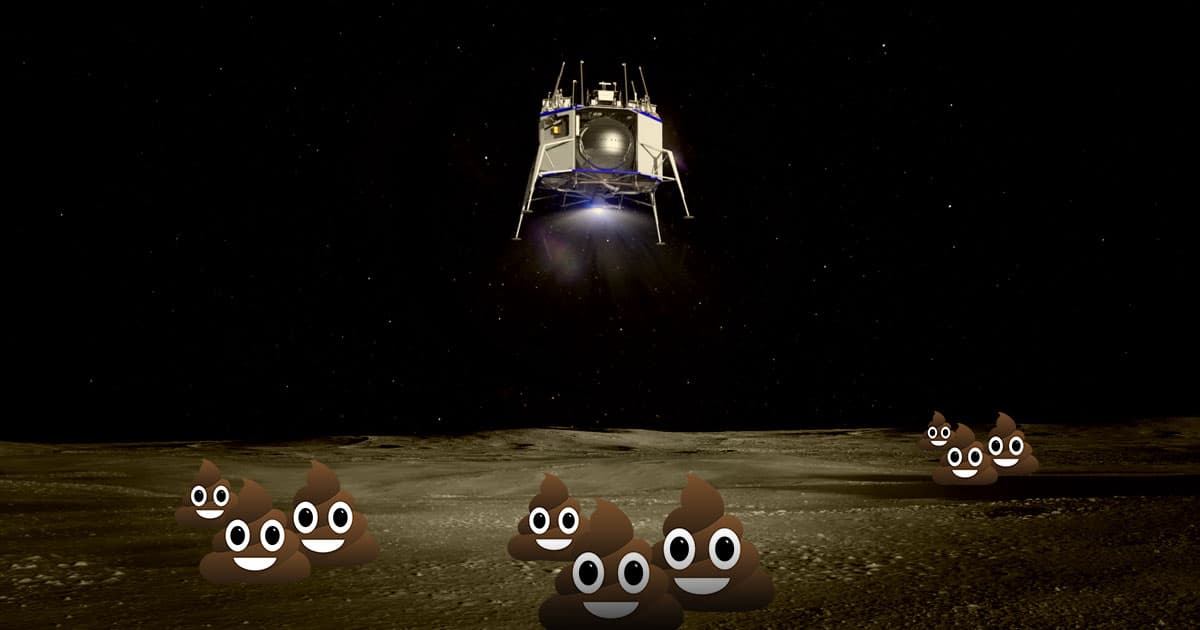 Imagine that you're crammed inside a claustrophobic spacecraft, in zero gravity, hurtling at tens of thousands of miles per hour — and you have to poop.

Designing a toilet that works in space has posed a serious challenge for NASA since the early days of space travel. Now, the space agency is calling for your help.

The just-launched "Lunar Loo Challenge" is a collaboration between NASA's Human Landing System Program, its Tournament Lab, and a startup called HeroX, which organizes crowdsourcing campaigns (HeroX co-founder Peter Diamandis also started Singularity University, which owns Futurism.) If you submit a design, you could even take home a $20,000 cash prize — not to mention the knowledge that you've changed the trajectory of human space travel.

"We want to press this community of makers, garage tinkerers and citizen scientists to really see what ideas they could bring up," said Michael Interbartolo, who works on NASA's Human Lunar Lander Crew Module development team and helped organize the challenge, in an interview with Futurism.

The idea is to seek the public's help to devise a space toilet that can work in both microgravity and lunar gravity. Designs, according to documents provided by organizers, must allow for "simultaneous urination and defecation" and accommodate "500g of diarrhea per event," all the while making sure that "the crew is not exposed to urine, feces, or other collected materials."

"If you ever pooped in space, you know that they need help," Christian Cotichini, the CEO HeroX, told Futurism. "I've got some video I can send you. It's not pretty."

"They really need to come up with a new design," Cotichini added. "Also, the data I've looked at, one of the most unsatisfying elements of your typical astronaut's experience of being in space is doing number two."

In other words, space bathrooms can get extraordinarily nasty. NASA has known that since the Space Race, when astronauts had to contend with the infamous "Apollo Fecal Containment Device," a glorified poop bag the crew had to literally stick to their behinds.

To make sure the bags didn't balloon into gas-filled hazards, astronauts had to add special pouches of germicide to break down the stool.

"The crew really hated the Apollo bags," Interbartolo said. "Some of the crew members didn't like it so much they tried to hold it in."

In one particularly horrible incident, during the 1969 Apollo 10 mission, a fragment of poo escaped and floated through the cramped cabin — to the astronauts' horror.

"Give me a napkin quick," commander Tom Stafford said, according to the official NASA transcript. "There's a turd floating through the air."

The Russian space program was the first to construct a proper space toilet for use on board the Mir space station in the mid-1980s. Cosmonauts were treated to a device that could suction away waste away from their bodies with the help of a light vacuum.

Back then, urine was usually vented into space. In fact, frozen flakes of urine managed to seriously damage one of Mir's solar panels.

Fast forward several decades, and arguably not much has changed. The toilet on board the International Space Station isn't drastically different than the Mir-era Russian toilets.

The seat itself is a rudimentary plastic one — a far cry from the comfort of an Earthly water closet. Solid waste is collected inside a container which is shot back at Earth, where it burns up in the atmosphere. Pee gets sucked into bags via a hose with a fan, and the station's Urine Processing Assembly recycles it into drinking water for the crew. Space isn't for the weak spirited.

Luckily, a new toilet for the International Space Station is already in the works. The "Universal Waste Management System (UWMS)" is meant to standardize the toilet experience in space and thereby reduce costs.

For NASA, a new space toilet is crucial, because it's planning to return the first humans to the surface of the Moon since the Apollo era as part of the Artemis program — as early as 2024, if everything goes according to plan. It's also an important undertaking because space tourists could soon start to crowd Earth's orbit, and eventually perhaps even the Moon's surface.

And if you were wondering, there's little interest to going back to the bad old days of Apollo-era space defecation.

"Based on the Apollo feedback of the lack of a toilet and having to use fallbacks, there was no way we knew we could go back to the Moon with an archaic system like that," Interbartolo said. "So we need a more capable system."

Another design possibility is that on the surface of the Moon, astronauts could cut launch weight by jettisoning human waste and leaving it behind.

There's a precedent for that strategy. Over several Apollo missions, astronauts left 96 bags of feces, urine, and vomit on the lunar surface. During longer trips, the weight would grow dramatically. NASA estimates that it'd need to manage about 600 pounds of solid waste on a mission to Mars, for instance.

"There's probably a lot of stuff that eventually you're offloading from the lander just to reduce your dry mass going back up to orbit," Interbartolo said. But away from the Moon, he envisions that the lander itself will "be potentially capable of doing a urine dump in orbit."

Leaving waste behind on other worlds, though, comes with the risk of contamination. Scientists are worried that our waste could end up wreaking havoc on alien ecosystems — vanishingly unlikely on the Moon, but within the realm of possibility on Mars.

That's why they've come up with the basic guiding principle of "planetary protection." Essentially, the idea is to keep our germs and trash to ourselves, especially if space travel becomes commonplace. Even on the Moon, according to Interbartolo, "anything within several meters of the Lander is considered contaminated."

Interbartolo and Cotichini both hope that opening the door to new ideas from the public could help solve the vast range of challenges to using the bathroom in space.

So what will pooping on the Moon look like in 2024? It might not be great, but with the help of amateur NASA collaborators, it could well be the best — and most hygienic — that it's been in the history of space travel.