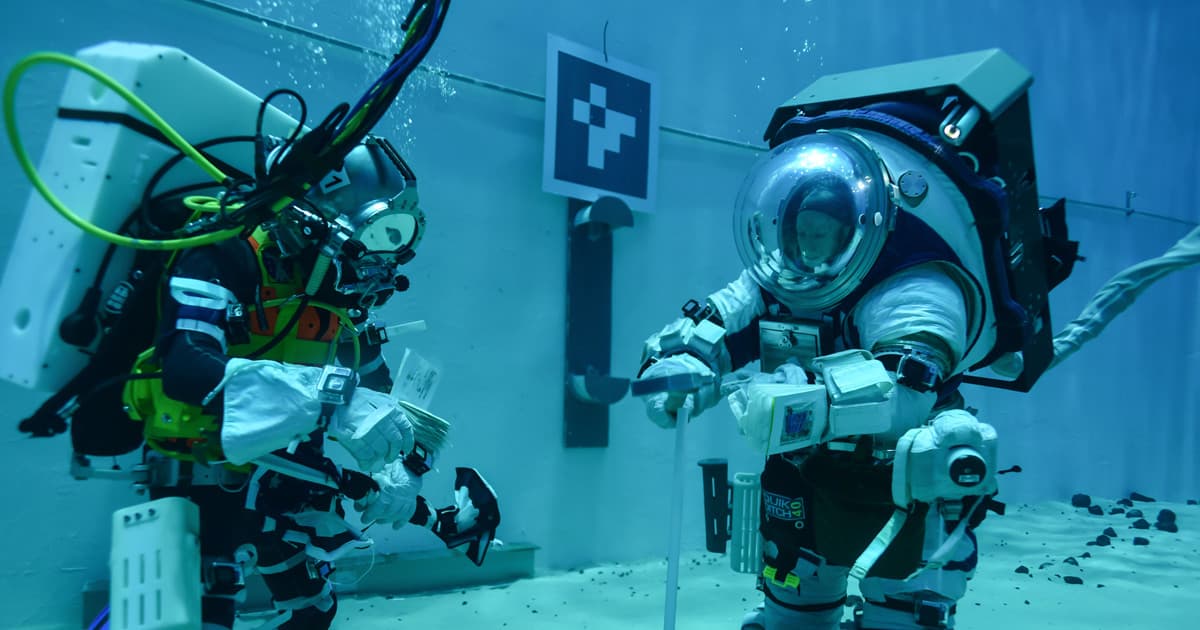 NASA astronauts have started to test out its brand new spacesuits, which the space agency plans to use for its upcoming crewed Artemis missions to the Moon.

The tests for the still-under-development suit took place underwater at the Neutral Buoyancy Laboratory Pool at NASA's Johnson Space Center, Space.com reports, so that astronauts can practice bouncing around like they will in the Moon's lower gravitational pull.

The pool can be altered to mimic both lunar and low-Earth-orbit gravity, but bottom of the pool is covered in a mock lunar surface that makes the test environment look more like a sandy beach than an industrial pool, Space.com reports.

That lets the astronauts practice getting their footing in as realistic a scenario as possible. Astronauts have also been practicing using various tools, sampling the surface, climbing a ladder, and even planting a flag into the ground like Buzz Aldrin did in 1969.

"At the same time, we are going to be able to gather valuable feedback on spacewalk tools and procedures that will help inform some of the objectives for the missions," Walsh added.

READ MORE: The xEMU represents the first new spacesuit that NASA has developed in over 40 years [Space.com]