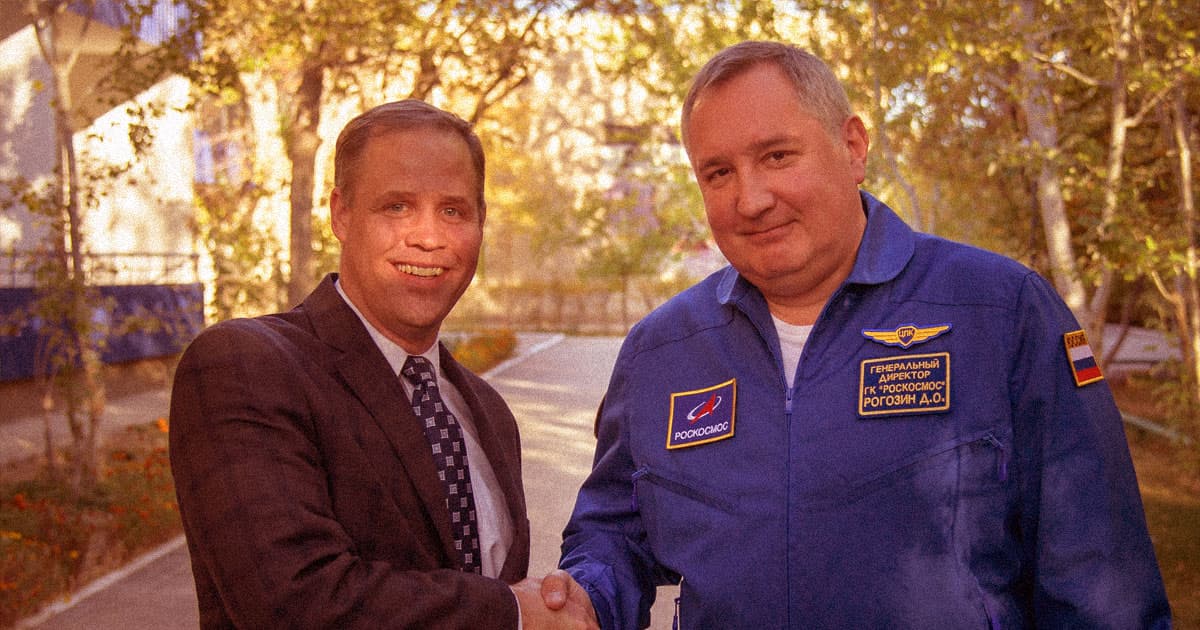 "It's more of a political project for the US now."

"It's more of a political project for the US now."

Dmitry Rogozin, the head of Russian space agency Roscosmos, has nothing nice to say about NASA's efforts to return astronauts to the Moon, Ars Technica reports.

In an interview with Russian newspaper Komsomolskaya Pravda — a former mouthpiece of the USSR — Rogozin said Russia had no interest in working with NASA on its Artemis Moon program.

"Frankly speaking, we are not interested in participating in such a project," he said.

The news comes after Rogozin took aim at SpaceX for mocking Russia's space efforts in a lengthy column for Forbes Russia last month.

"It's more of a political project for the US now," Rogozin said, addressing NASA's Moon missions. "With the lunar project, we are seeing our US partners move away from the principles of cooperation and mutual support that have developed with cooperation on the ISS. They see their program not as international but as similar to NATO."

Despite the dismissal, Rogozin still sees US-Russia relations as an "important bridge of interaction," noting that he's hoping cooperation between Roscosmos and NASA will continue — despite the "bad political situation that, unfortunately, is coming from Washington today."

Russia may not be interested in collaborating with NASA on future missions to the Moon, but the American space agency has already built partnerships with other countries, including Japan, Canada, and several EU members.

Russia's goals are establishing a closer relationship with China instead.

"We respect their results," Rogozin said, adding that "China is definitely our partner" and that relations between the countries are "very good."

More on Rogozin: Russia Is Furious, Saying the US is Mocking Its Space Program