Did Congress just kill NASA's ambitions to return humans to the Moon by 2024? 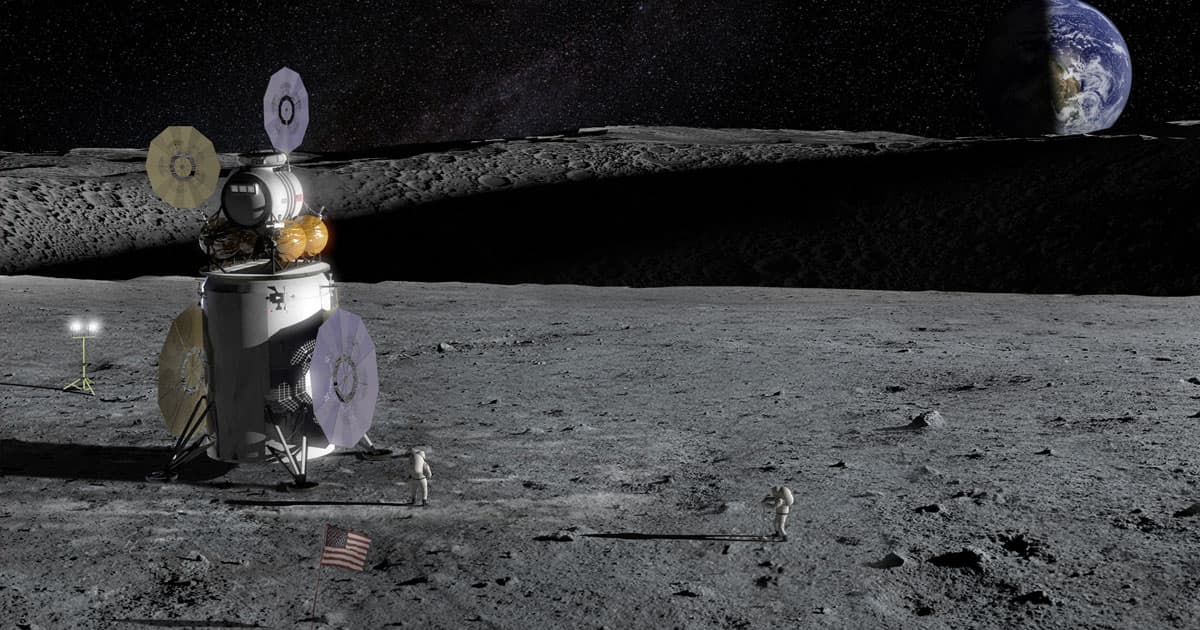 The Trump administration was hoping to flesh out NASA's budget to around $26 or $27 billion starting in 2021 — an increase in the neighborhood of $3 billion compared to 2020 intended to get the space agency back to the Moon by 2024.

But according to a House appropriations bill released today, Congress has no intention of raising NASA's budget, setting aside the same $22.63 billion as last year. To put that into perspective, the US military budget is more than 32 times that. New York City alone has a budget of $97.8 billion — more than quadruple NASA's budget.

Needless to say, the bill comes as a blow to the nation's space exploration efforts. The White House has made a big deal about NASA's ambitious plans, as part of the agency's Artemis missions, to return Americans to the Moon by 2024. But budgets have been tight, with NASA administrator Jim Bridenstine repeatedly knocking on Congress' door to ask for much-needed budgetary increases — which his agency was never awarded.

Unsurprisingly, getting to the Moon is a costly affair. According to a June 2019 interview with CNN, Bridenstine claimed that putting astronauts back on the Moon could cost an additional $20 to $30 billion. In February, NASA human spaceflight chief Doug Loverro (who since has been replaced after mysteriously stepping down) announced that the agency will need $35 billion over the next four years to successfully complete the Artemis mission — again, on top of existing budgets.

NASA wants to leverage the help of key commercial spaceflight players, including SpaceX and Blue Origin, to return American astronauts to the lunar surface. In April, NASA chose the two companies, alongside US-based spaceflight firm Dynetics, to submit designs for a lunar lander.

The three designs were meant to have shared access to $3.4 billion, a sizable chunk of the agency's budget. The House Appropriations Committee came back with less than half that, setting aside only $1.56 billion, not just for the landers, but for exploration research and development as a whole.

In other words, all three lander concepts now have to compete for just over $600 million. "The $628.2 million in funding for the Human Landing System (HLS) is an important first step in this year’s appropriations process," Bridenstine said in a muted statement.

The House appropriations bill does include increases for NASA's science programs, funding for the Clipper mission to Jupiter's icy moon Europa, and an additional $400 million for NASA's Space Launch System — the agency's own (extremely expensive and behind schedule) efforts to develop a heavy-lift launch vehicle.

It's important to note that the bill is only one small step in a much longer process. The Senate will have a say as well, but when it will make any announcements related to NASA's budget is still unclear.

Bridenstine has his work cut out, and will have to work with relatively limited resources going forward.

"We still have more to do, and I look forward to working with the Senate to ensure America has the resources to land the first woman and next man on the moon in 2024," he said in his statement.

More on SLS: Boeing Just Powered Up NASA’s Most Powerful Rocket Ever

Read This Next
And Beyond
How NASA Got Price Gouged on the SLS, According to Its Former Second-in-Command
Rolling Coal
Space Travel Will Absolutely Gut the Environment, Scientists Warn
Carbon-Based
NASA Rover Finds New Potential Evidence for Ancient Life on Mars
Futurism
Free Speech Champion Elon Musk Fires Employees for Criticizing Him
So Long
Tragedy! NASA Says the Voyager Space Probes are Powering Down
More on Off World
Satellite Blues
3:31 PM on the byte
NASA Still Has No Contact With Spacecraft En Route to the Moon
Bottoms Up
Yesterday on the byte
Scientists Discover Giant Alcohol Molecule Near The Center of Our Galaxy
Word War
Yesterday on the byte
China Furious After NASA Accuses It of Stealing the Moon
READ MORE STORIES ABOUT / Off World
Keep up.
Subscribe to our daily newsletter to keep in touch with the subjects shaping our future.
+Social+Newsletter
TopicsAbout UsContact Us
Copyright ©, Camden Media Inc All Rights Reserved. See our User Agreement, Privacy Policy and Data Use Policy. The material on this site may not be reproduced, distributed, transmitted, cached or otherwise used, except with prior written permission of Futurism. Fonts by Typekit and Monotype.