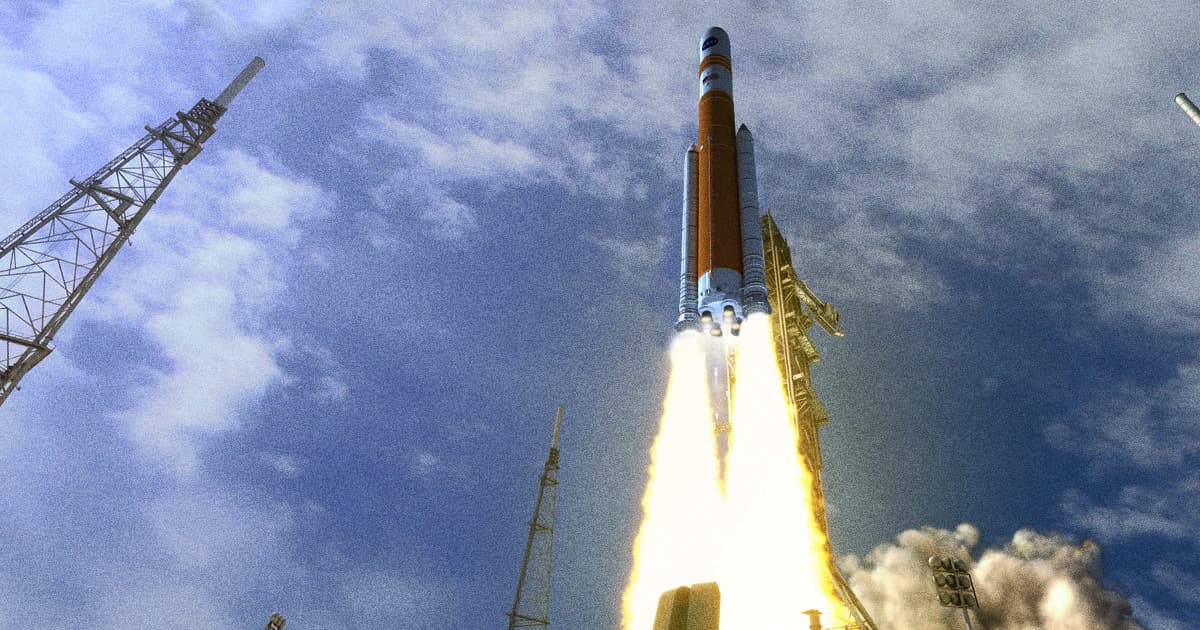 Boeing Just Powered Up NASA's Most Powerful Rocket Ever

"This is a first-of-its-kind type of rocket, the world's largest, most powerful rocket ever built."

"This is a first-of-its-kind type of rocket, the world's largest, most powerful rocket ever built."

Boeing staff in Mississippi just powered up the core stage of the super-heavy-duty Space Launch System (SLS) rocket that it's building for NASA, which is intended to launch huge amounts of hardware to be used in the upcoming Artemis missions to the Moon, and after that possibly Mars.

"It's very rewarding," Boeing director Mark Nappi told Space.com of the test. "It's the first time that this test has been run; this is a first-of-its-kind type of rocket, the world's largest, most powerful rocket ever built."

Next week, according to Space.com, Boeing intends to run a series of communications and tests on the SLS's mechanical and hydraulic systems.

If all goes well with those drills, they hope that in October they'll be able to tie the rocket down and hot-fire it.

The ultra-ambitious SLS has caught flak for falling behind scheduling and running over budget.

“NASA’s continued struggle with managing SLS Program costs and schedule has the potential to impact the Agency’s ambitious goals for the Artemis program,” read a NASA report about the project earlier this year.

More on the SLS: After Years of Delays, NASA Unveils Its Most Powerful Rocket