The rocket is meant to ferry American astronauts to the Moon by 2024. 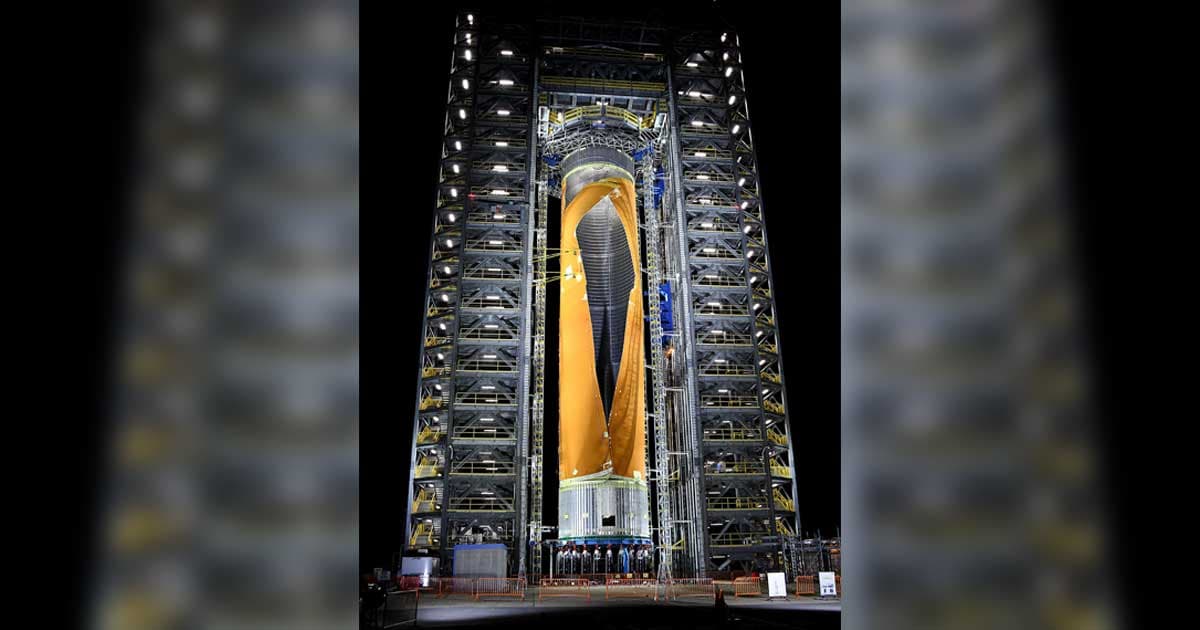 After many years of delay, NASA has finally shown off its Space Launch System (SLS), which it plans to use to ferry American astronauts to the Moon as soon as 2024.

NASA Administrator Jim Bridenstine told the public over the weekend that the rocket is "the most powerful rocket ever built," Engadget reports.

Bridenstine also uploaded a video to Twitter yesterday of NASA running a test version of the SLS's gigantic liquid hydrogen fuel tank through its paces last week, intentionally breaking it in the process. It was capable of withstanding "more than 260% of expected flight loads over five hours before engineers detected a buckling point," according to a NASA statement.

The tank is part of the SLS core stage and will play a critical role in NASA's Artemis cargo and astronaut missions to the Moon. NASA claims it's the only rocket that can pack Orion, NASA's deep space spacecraft, astronauts and supplies to the lunar surface in one go.

The SLS project has faced many years of delays and has reportedly gone way over budget, costing an estimated $17 billion to develop. NASA had also originally planned its first test flight to happen this year.

It's truly humongous, making up most of the height of NASA's 215-foot-tall test stand. In fact, the test is the "largest-ever controlled test-to-failure of a NASA rocket stage pressurized tank," according to the lead test engineer for the tank Mike Nichols.

"We will be flying the Space Launch System for decades to come, and breaking the propellant tank today will help us safely and efficiently evolve the SLS rocket as our desired missions evolve," Neil Otte, chief engineer of the SLS Stages Office at the Marshall Space Flight Center, said in the statement.

More on SLS: Here’s How Boeing is Planning to Get Astronauts to the Moon