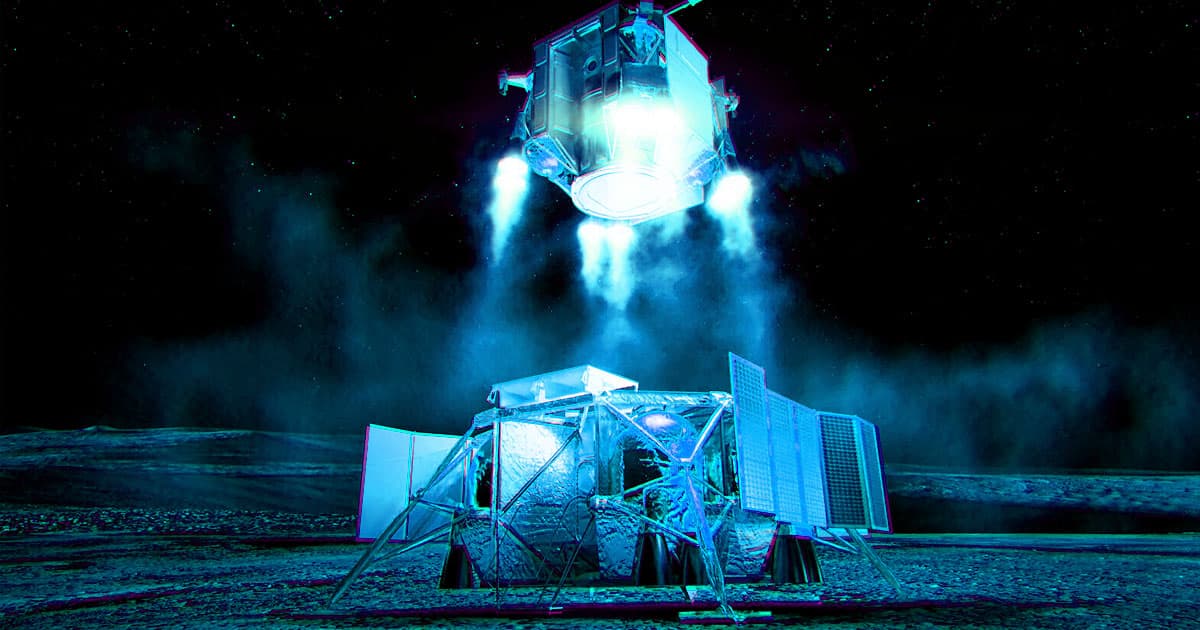 Boeing just sent NASA its proposal for a crewed lunar lander that could ferry astronauts to the Moon by 2024.

The plan is to send astronauts to the lunar surface via NASA’s planned “Lunar Gateway,” a small stepping stone space station in the Moon’s orbit. But it won’t have to wait for NASA to build the Gateway either, if that project runs behind.

“It can dock with the Gateway lunar orbiter or directly with NASA’s Orion to eliminate the need for an additional spacecraft, both on time to meet the 2024 mandate,” Boeing wrote in a new statement.

Boeing calls this its “‘Fewest Steps to the Moon’ approach.”

It “minimizes mission complexity while offering the safest and most direct path to the lunar surface,” according to Jim Chilton, a senior vice president at the military contractor.

To get off the ground, Boeing’s proposed lunar lander will ride on top NASA’s Space Launch System (SLS) rocket, which has been plagued by setbacks and budget overruns.

But the aerospace company isn’t dismayed by delays or setbacks.

“The SLS has an unmatched lift capability that builds on proven flight components,” read the statement. “This approach shortens development time and lowers risk, enabling NASA to safely land on the moon’s surface by 2024.”