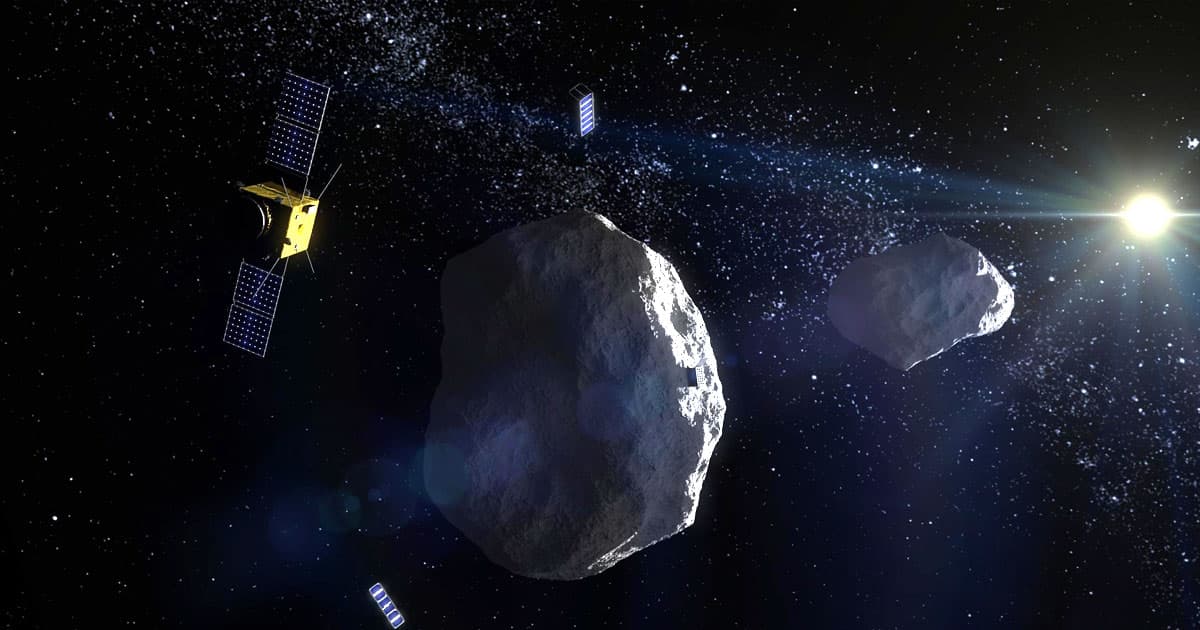 NASA Renames Small Moon It Plans to Smash With SpaceX

In 2022, NASA plans to crash a spacecraft directly into a tiny moon, in a mission known as the Double Asteroid Redirection Test (DART) — to try out a potential strategy to divert a killer asteroid heading toward Earth.

The moon, which is only 160 meters across, is orbiting the asteroid Didymos, which flew near Earth back in 2003, ExtremeTech reports. Its small size and close proximity to Earth make it the perfect target for an asteroid-diverting mission, but NASA ran into a serious problem: Its name, Didymos B, isn't nearly sexy enough for its role in a cool mission.

NASA is collaborating with both SpaceX and the European Space Agency (ESA) on this DART mission. In 2021, a SpaceX Falcon 9 rocket will launch on a crash course with Dimorphos — the plan is to ram the tiny moon so hard that it gets knocked out of its regular orbit around Didymos.

Recently, some other ideas for how to divert a killer asteroid, like tethering it to another one to send it spiraling off course, have surfaced. But for now, NASA wants to test some good old-fashioned percussive maintenance.

After the deed is done, the ESA will launch a follow-up mission dubbed Hera to track Dimorphos' new orbit around Didymos, according to ExtremeTech.

But that won't happen until 2024, meaning we'll have to wait for years — thinking about the cosmic horrors we've wrought — and wondering whether crashing rockets into asteroids can actually divert them.

READ MORE: Astronomers Give Asteroid Moon a New Name Before NASA Hits It With a Spacecraft [ExtremeTech]