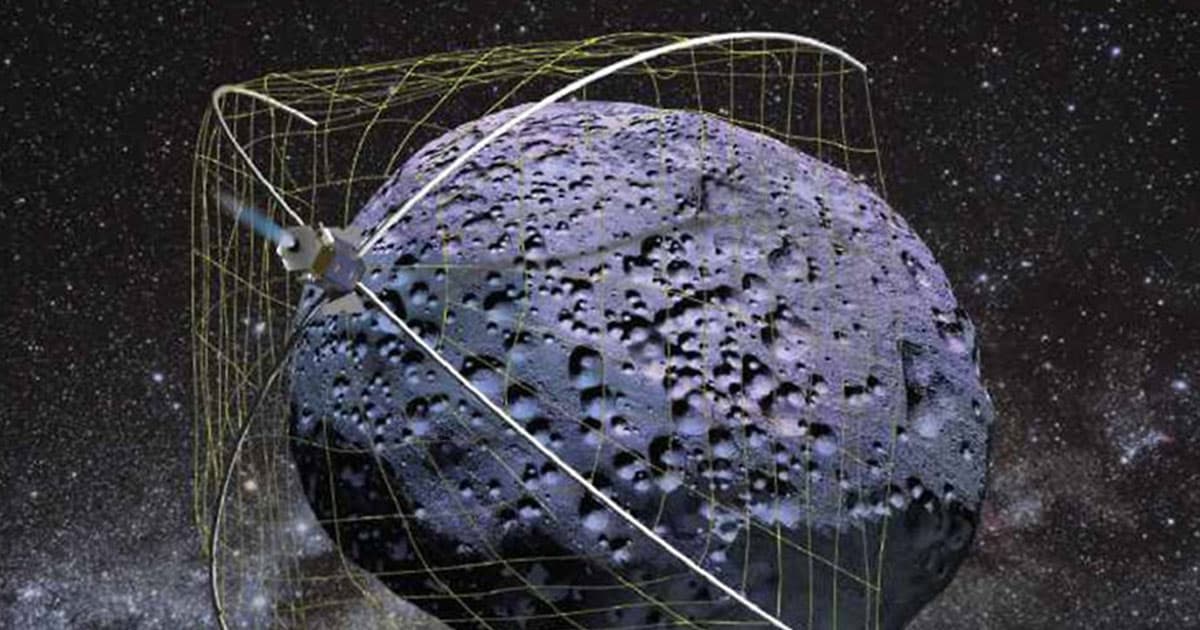 New Plan to Deflect Killer Asteroids: Tie Their Shoelaces Together

See You Next Fall

If it comes down to stopping a killer asteroid before it ends life on Earth, a technique similar to a classic schoolyard prank might be what saves the world.

Basically, scientists suggest tethering the inbound killer asteroid to another one, according to research published last month in The European Physical Journal Special Topics. Doing so would send both objects careening away from Earth, not unlike someone stumbling to the ground after you tie their shoelaces together.

Pranks aside, the research suggests that connecting two asteroids with the same kind of tether used to link satellites together would shift the duo's center of gravity enough to safely alter its course, according to a new press release.

The end result looks like throwing a giant bolas. It sounds cartoonish, but after running simulations, the University of Central Florida team found that the tethering method would be able to successfully divert the asteroid Bennu, were it on a collision course with Earth.

As with any asteroid diversion plan, whether it's blowing one up with nukes or knocking it off course like a pool ball, the tricky part is the actual logistics.

In this scenario, the problem is two-fold. First, the asteroid would need to be detected well in advance in order to reach it and somehow tether it to another one. And all that would need to be done earlier than, say, merely launching a nuke at an asteroid, as the simulations suggest it would take decades to change Bennu's path.