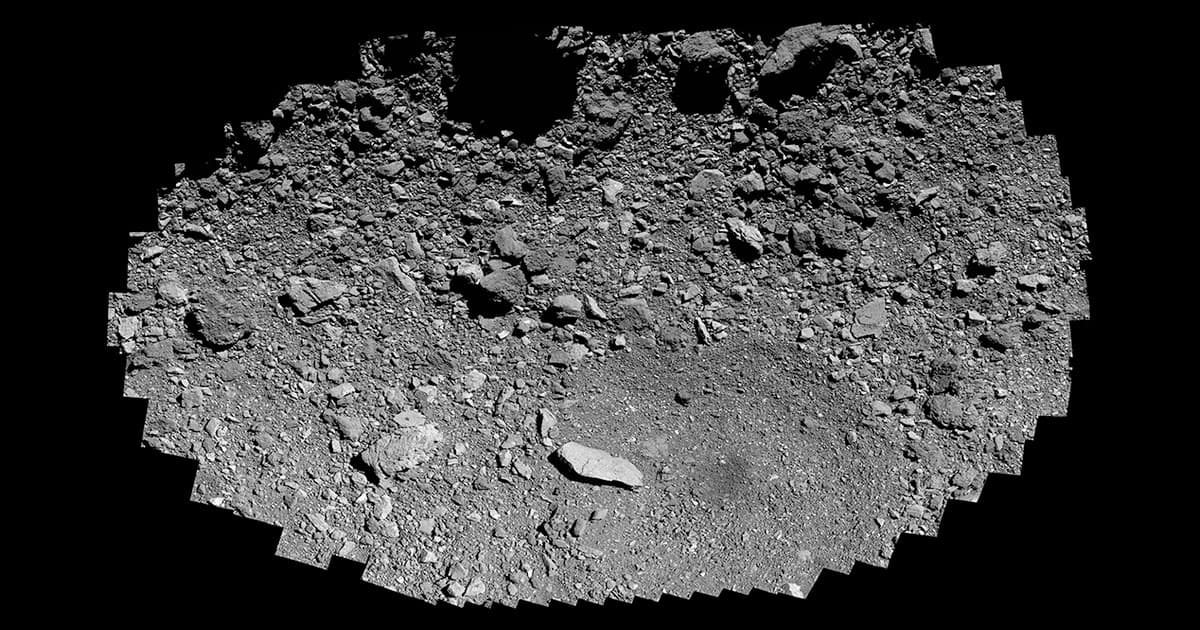 The flyby helps NASA find a good spot to touch down and harvest samples.

The flyby helps NASA find a good spot to touch down and harvest samples.

The NASA space probe OSIRIS-REx recently took a low swoop over the surface of Bennu, the asteroid it's been orbiting for the last two years.

The spacecraft flew down to a region of Bennu called Osprey, where it came within 820 feet of the surface and took nearly 350 pictures that NASA stitched into a mosaic map, Space.com reports. OSIRIS-REx is expected to dislodge and gather samples from a different part of Bennu called Nightingale this October, but NASA will use this map to identify a backup landing zone within Osprey if something goes wrong.

When the time comes, the space probe will hover just above the surface of Bennu and gather up rocks from the surface, which would give NASA scientists a valuable glimpse into ancient cosmic history.

Bennu is particularly old, Space.com reports, potentially predating our entire solar system. And because it's so well-preserved, it could shed light onto how our solar system formed — or even how the building blocks of life reached Earth. But first, NASA actually needs to get its hands on those samples.

On October 20, OSIRIS-REx will reach down with its 11-foot long robotic arm and blast Bennu with compressed nitrogen gas.

Then it will scoop up some of the rocks and dust it dislodges — just 2.1 ounces, Space.com reports — before shuttling the precious cargo back home at the end of its mission in 2023.