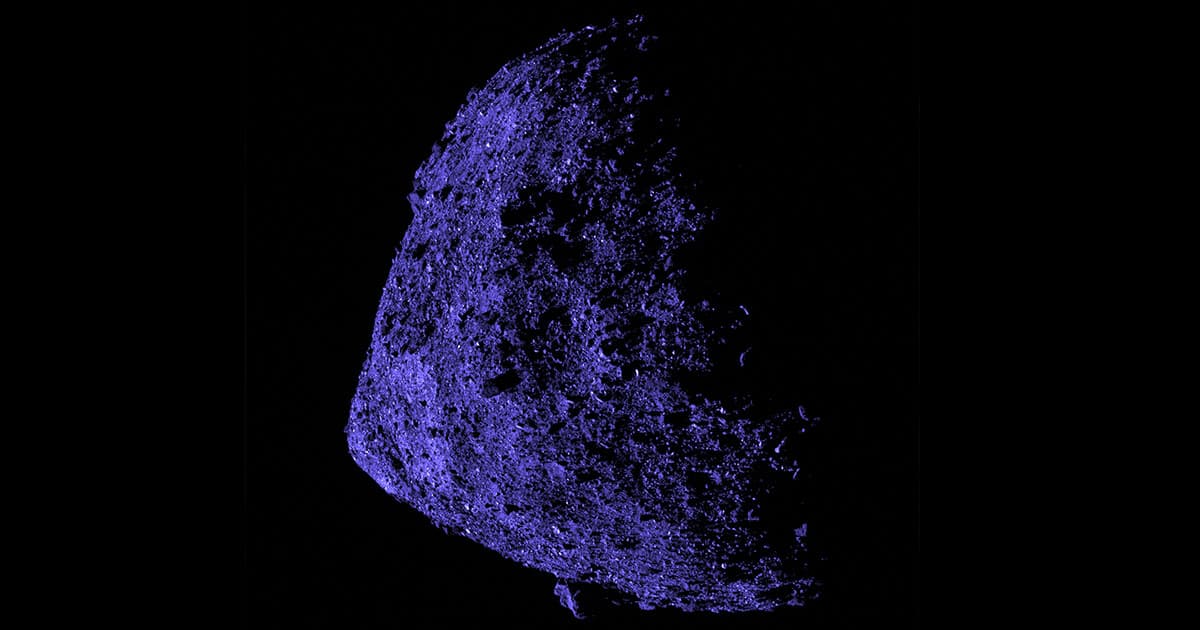 NASA Photographs Asteroid That Could Smash Into Earth in 22nd Century

NASA's OSIRIS-REx spacecraft just zipped extremely closeby to tiny asteroid Bennu — and snapped an incredibly detailed image of an asteroid that could eventually smash into the Earth.

This is the view from the closest orbit a spacecraft has ever made around a planetary body.

This navigation image of asteroid Bennu was taken shortly after orbital insertion on June 13 from a distance of 0.4 miles (690 m).

The spacecraft took the picture above on June 13 from a distance of only 0.4 miles (690 m). It was so close that it could detect details as small as 1.6 feet across.

NASA launched OSIRIS-REx in September 2016 to study and return samples of asteroid 101955 Bennu, a near-Earth asteroid that was discovered 20 years ago. NASA's spacecraft arrived at the asteroid in December 2018, some 100 million miles from the Sun.

The samples it will eventually return to Earth could contain valuable insights about our solar system’s earliest years.

The 1,650 foot wide asteroid actually has a minuscule chance of colliding with the Earth in the late 22nd century. But even if it did hit, it would do barely any damage.

"We're not talking about an asteroid that could destroy the Earth," OSIRIS-REx principal investigator Dante Lauretta, of the Lunar and Planetary Laboratory at the University of Arizona, told Space.com in 2016. "We're not anywhere near that kind of energy for an impact."

More on Bennu: NASA Shocked by “Plumes Erupting From an Asteroid’s Surface”