Next up: actually snatching samples from Bennu. 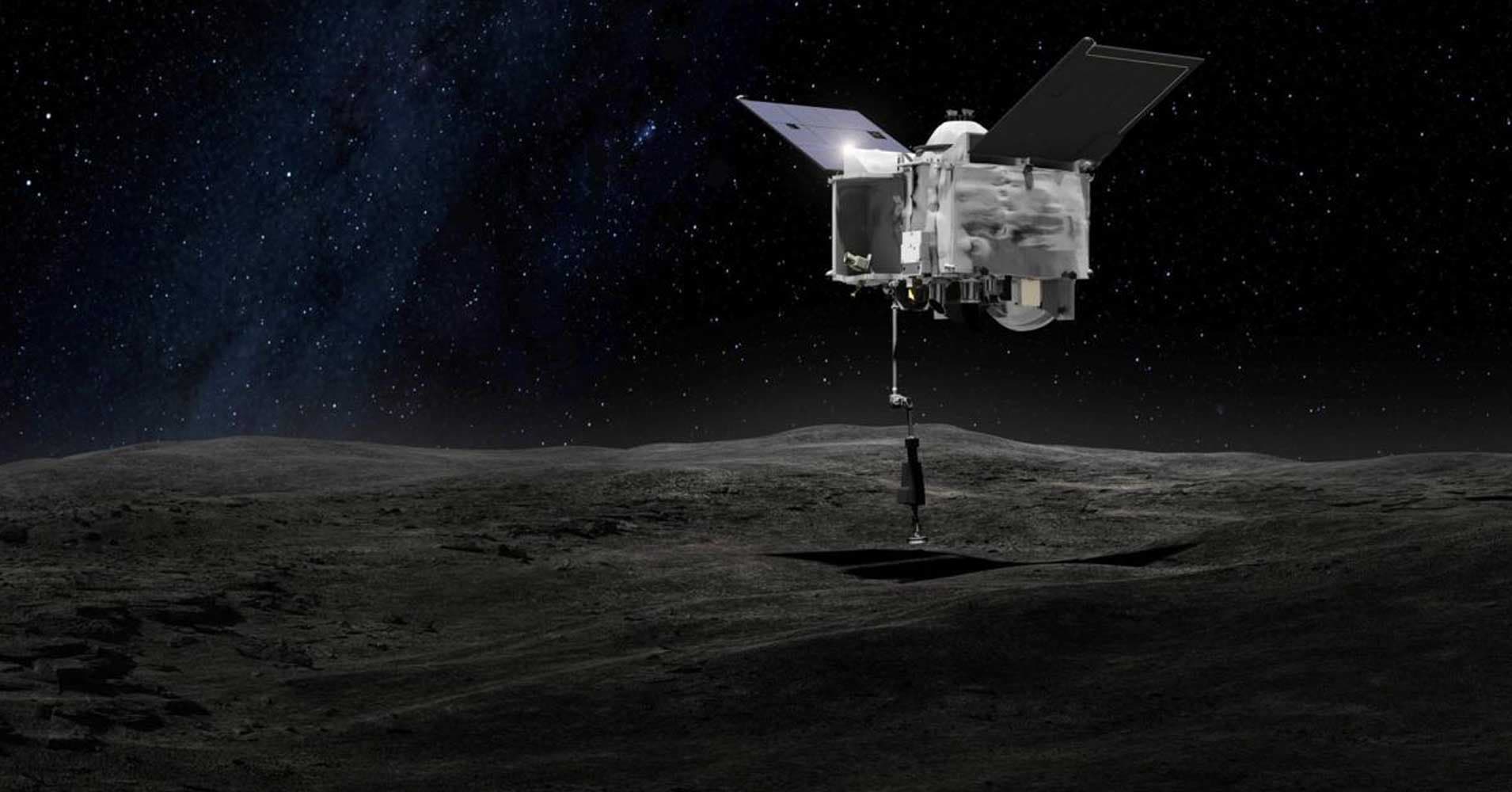 A spacecraft that could help us understand the history of the solar system just reached its destination.

Around noon on Monday, NASA's OSIRIS-REx spacecraft arrived at Bennu, a 1,600-foot-wide asteroid located about 100 million miles (160 million kilometers) from the Sun. OSIRIS-REx is the first NASA spacecraft designed to collect samples from an asteroid and bring them back to Earth — and those samples could contain valuable insights about our solar system's earliest years.

Lay of the Land

It took OSIRIS-REx two years to arrive at Bennu, but it's not going straight in for a landing. Right now, the craft is roughly 12 miles above the asteroid's surface, and in January, it'll move in to a distance of just about a mile above Bennu's surface.

It'll spend about a year and a half using a series of five instruments to analyze and map the asteroid from that distance. From that data, NASA's researchers will determine the ideal spot for a sample retrieval, which will involve OSIRIS-REx "bouncing" off Bennu in 2020.

Clues to the Past

Asteroids are a remnant of the early solar system, and because they remain largely unchanged from the time of their formation, they can provide valuable insights into what the solar system was like during its infancy.

NASA expects OSIRIS-REx to deliver its samples in 2023, so we could be just half a decade from having our hands on clues that help us unravel a mystery billions of years old.

More on Bennu: To Bennu and Back: NASA Just Launched the First-Ever Asteroid Return Mission

Read This Next
Into Darkness
Inside NASA's Bold Proposal to Probe the Mysteries of Dark Matter
Martian Ammonia
NASA Rover Detects Organic Molecules on the Surface of Mars
Myanus, Hisanus, Heranus...
Here's What Uranus Scientists Think About Your Disgusting Jokes
Joseph Strikes Again
Experts Shred Paper Claiming to Identify Mushrooms on Mars
Mars Shrooms
Extremely Dubious Research Claims to Spot Fungus Growing on Mars
More on Hard Science
Quacks Like a Duck
Thursday on futurism
Those Headlines About Scientists Building a Wormhole Are Total Nonsense, People
It From Bit
Nov 22 on the byte
A Scientist Is Crowdfunding an Experiment to Check if We Live in a Simulation
Water Carrying
Nov 20 on the byte
Evidence Grows That Soggy Meteorites Gave Earth Its Oceans
READ MORE STORIES ABOUT / Hard Science
Keep up.
Subscribe to our daily newsletter to keep in touch with the subjects shaping our future.
+Social+Newsletter
TopicsAbout UsContact Us
Copyright ©, Camden Media Inc All Rights Reserved. See our User Agreement, Privacy Policy and Data Use Policy. The material on this site may not be reproduced, distributed, transmitted, cached or otherwise used, except with prior written permission of Futurism. Articles may contain affiliate links which enable us to share in the revenue of any purchases made.
Fonts by Typekit and Monotype.