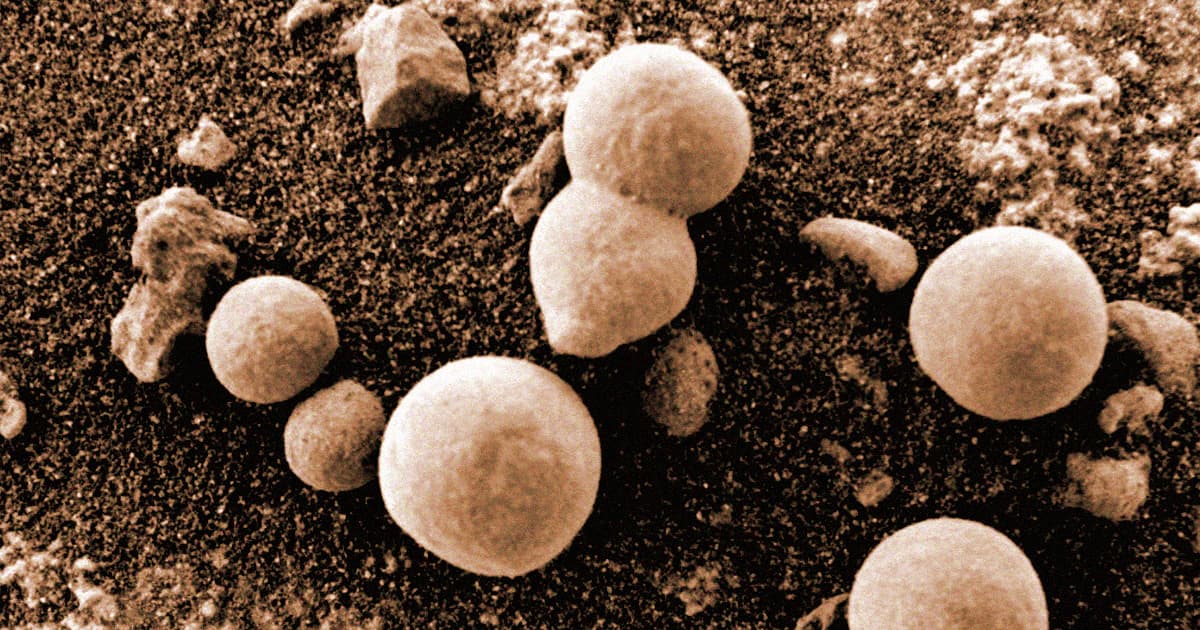 Update: The reaction in the scientific community has been overwhelmingly critical of this paper — here's our story on expert reactions to it.

The hunt for life on Mars continues, with NASA's latest rover Perseverance using its scientific instrumentation to scan the Jezero Crater, an area believed to be a dried up ancient lake, for any signs of ancient microbial life.

But according to an international team of researchers, the space agency's other rovers may have already found signs of relatively advanced life — in the form of "fungus-like Martian specimens," according to a new paper published in the journal Advances in Microbiology.

The work has attracted widespread criticism, with critics pointing out that one of the co-authors, Rhawn Joseph, has a long history of promoting dubious theories about life on other planets.

"All available evidence suggests the surface of Mars is not hospitable to life," University of New South Wales astrobiologist Brendan Burns told CNET of Joseph's work.

Rhawn's team, which includes researchers from the Harvard-Smithsonian Center for Astrophysics and George Mason University, claims to have found photographic evidence of a variety of fungus-like organisms, some resembling the shape of puffballs, a round cloud-like fungus found in abundance back here on Earth, on the Red Planet.

Their evidence: images taken by NASA's Opportunity and Curiosity rovers as well as the agency's HiRISE high-resolution camera attached to the Mars Reconnaissance Orbiter.

"Fungi thrive in radiation intense environments," the team writes in its paper. "Sequential photos document that fungus-like Martian specimens emerge from the soil and increase in size, including those resembling puffballs."

"After obliteration of spherical specimens by the rover wheels, new sphericals — some with stalks — appeared atop the crests of old tracks," the researchers write.

The team went so far as to say that "black fungi-bacteria-like specimens also appeared atop the rovers."

They didn't stop there: the team also examined photos taken by NASA's HiRISE, and found evidence for "amorphous specimens within a crevice" that "changed shape and location then disappeared."

"It is well established that a variety of terrestrial organisms survive Mars-like conditions," the team concludes. "Given the likelihood Earth has been seeding Mars with life and life has been repeatedly transferred between worlds, it would be surprising if there was no life on Mars."

The team argues that these Martian lifeforms "would have evolved on and already be adapted to the low temperatures, intermittent availability of water, low amounts of free oxygen, and high levels of radiation."

The researchers did caveat their findings, pointing out that "similarities in morphology are not proof of life," and that "we cannot completely rule out minerals, weathering, and unknown geological forces that are unique to Mars and unknown and alien to Earth."

But it's  a wild conclusion nonetheless. The researchers' peers will likely continue to go over the paper with a fine-toothed comb and shred the results — it's not every day that researchers claim to have found evidence of life on Mars.

Update: We've added additional context to this story to better reflect the skepticism with which the paper was received in the scientific community.

More on life on Mars: Evidence of Life on Mars Found by NASA Rover