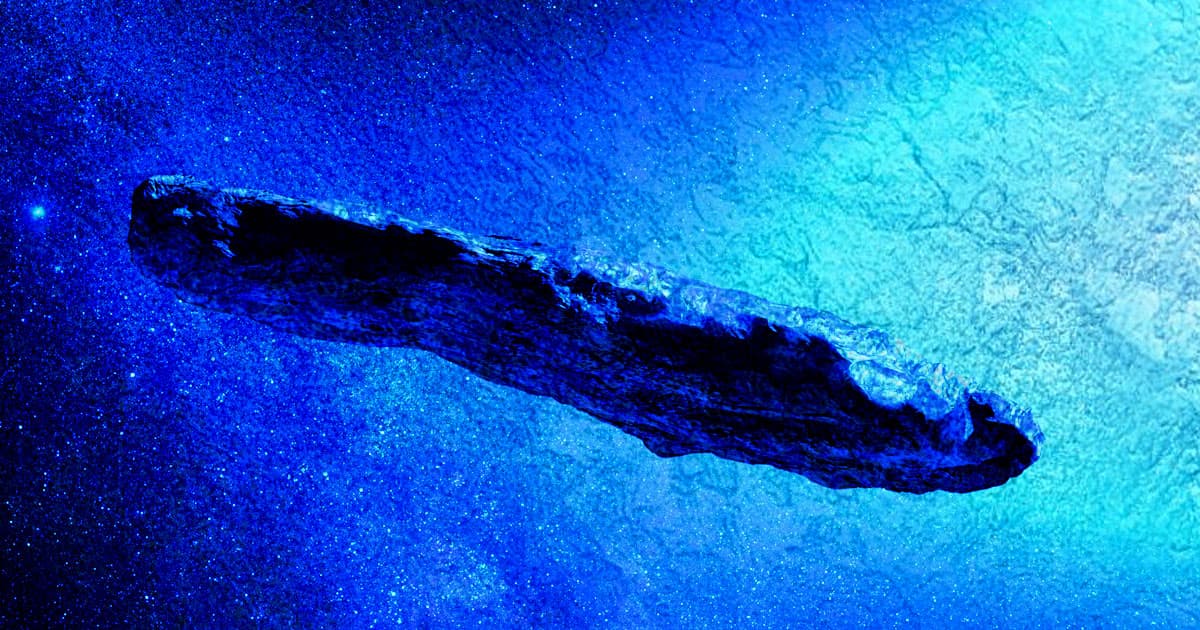 Interstellar Visitor May Be One of Rarest Objects In Universe

The suggestion "explains every single mysterious thing about ‘Oumuamua."

The suggestion "explains every single mysterious thing about ‘Oumuamua."

Scientists say that 'Oumuamua, the giant space object that came from outside our solar system, could actually be an extremely rare chunk of hydrogen ice.

It's an out-there idea — Wired reports that there are only a few places in the universe capable of creating a hydrogen iceberg. But the Yale scientists behind the theory say that if the interstellar visitor were a giant iceberg, many of its more bizarre properties would suddenly make sense.

One of the hardest things to explain about 'Oumuamua's path through our solar system is how it accelerated as it traveled. Comets accelerate, but there was no indication that 'Oumuamua relied on that mechanism.

But if 'Oumuamua were a hydrogen iceberg, the gradually-sublimating ice would propel it forward, according to research accepted for publication in The Astrophysical Journal.

"Even though the hydrogen iceberg thing is a little exotic, it explains every single mysterious thing about ‘Oumuamua," recent Yale Ph.D. graduate Darryl Seligman told Wired.

These hydrogen icebergs are extaaordinarily unusual. Hydrogen doesn't solidify unless it drops to just a few degrees above absolute zero, the lowest theoretical temperature in the universe. Only cosmic structures called giant molecular clouds reach that temperature.

The Yale scientists plotted 'Oumuamua's course back through one of these clouds, where it may have initially formed as a blob of dust and hydrogen sticking together. But unless astronomers manage to intercept the bizarre object, it will be a tough theory to actually prove.

More on interstellar visitors: NASA: Something Is Off About This Interstellar Comet