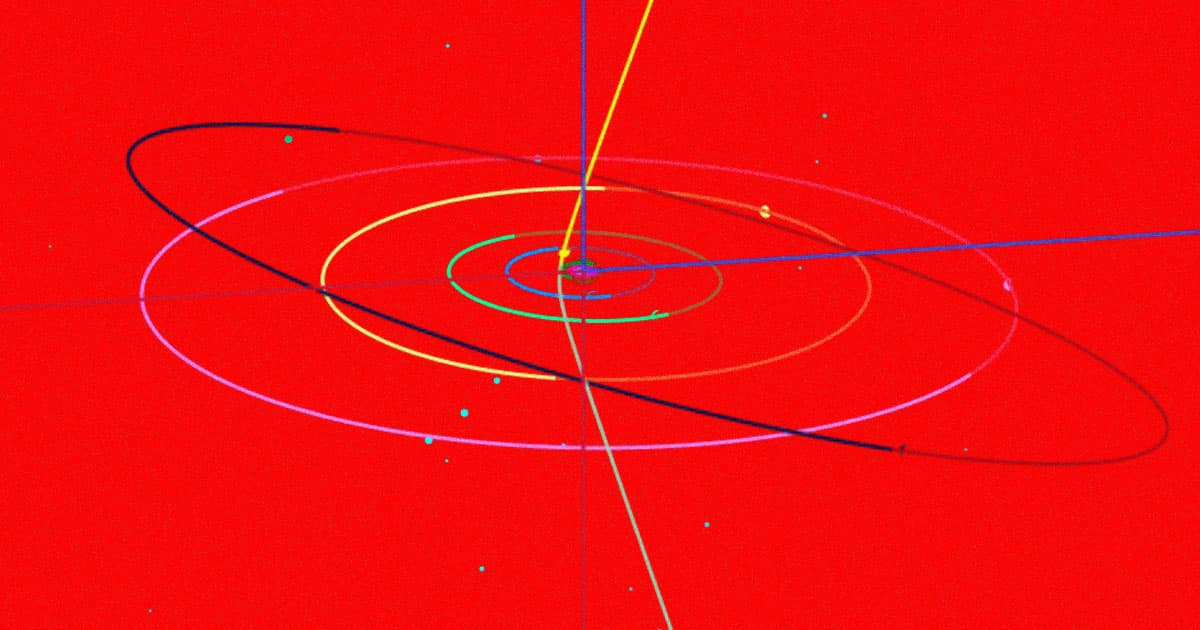 It could be the first time we've ever discovered interstellar water in our own Solar System.

It could be the first time we've ever discovered interstellar water in our own Solar System.

While we've previously detected water in the atmospheres of interstellar exoplanets, this could mark the first time we've located water originating from a different planetary system within our own solar system.

Using the Apache Point Observatory in New Mexico, a team led by astronomer Adam McKay found that Borisov, believed to be an interstellar comet, seems to be giving off large amounts of oxygen.

They believe the gas could be the result of UV rays from the Sun splitting water vapor into hydrogen and oxygen atoms.

2I/Borisov was discovered in August and is only a couple kilometers across. Its odd trajectory and extreme velocity led astronomers to conclude it came from another distant star system — despite it looking "remarkably like a normal Solar System comet," as astronomer Colin Snodgrass from the University of Edinburgh told Science.

Finding evidence of interstellar water this close to home —relatively speaking — could provide new insight into the nature of other distant star systems. It could even have implications for the existence of alien life.

"Are we special as a planetary system or are a lot of planetary systems like ours?" McKay told New Scientist. "That has implications for the origin of life, and how common life is throughout the universe."

But What About Aliens?
Scientists: 'Oumuamua Was Likely a Chunk of a Pluto-Like Planet
3. 17. 21
Read More
Brands We Love
This Specially Formulated Mix Helps Prevent Dehydration Better Than Water Alone
8. 28. 20
Read More
Brands We Love
If You're Thirsty, You're Already Dehydrated. But This Rapid Hydration Mix Can Help.
7. 25. 20
Read More
+Social+Newsletter
TopicsAbout UsContact Us
Copyright ©, Camden Media Inc All Rights Reserved. See our User Agreement, Privacy Policy and Data Use Policy. The material on this site may not be reproduced, distributed, transmitted, cached or otherwise used, except with prior written permission of Futurism. Articles may contain affiliate links which enable us to share in the revenue of any purchases made.
Fonts by Typekit and Monotype.