Is this 1976 experiment on the surface of Mars proof that alien life exists? 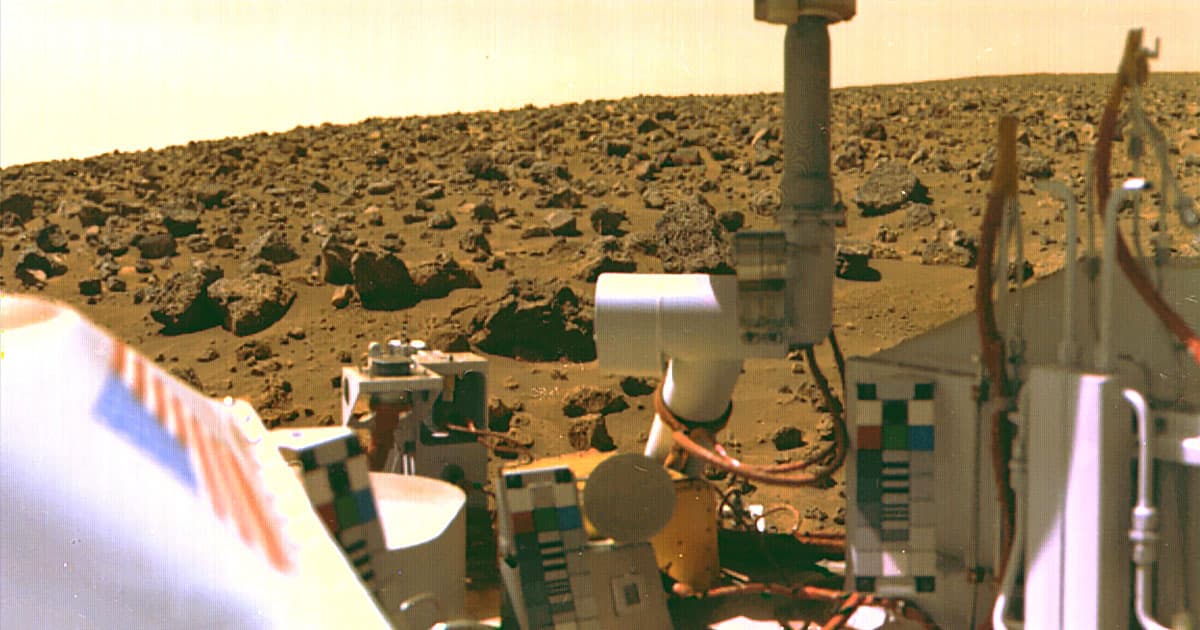 We've spent decades and billions of dollars to answer one simple question: is there life on Mars?

But according to an opinion piece for Scientific American by former NASA scientist Gilbert Levin, we may already have learned we're not alone in the universe during an experiment Levin led for NASA's Viking mission to Mars in 1976.

NASA sent two separate Viking orbiter and lander pairs to the Red Planet to conduct experiments and return with snapshots — marking the first time the U.S. safely landed a spacecraft on the Red Planet and sent back photos.

The smoking gun, according to Levin: the mission detected positive results during the Labeled Release life detection experiment, which he spearheaded.

As part of the experiment, the lander mixed a Martian soil sample with a nitrogen-based nutrient solution that was "labeled" with a unique radioactive carbon compound. The theory was that if microorganisms in the soil metabolized the nutrients, it would let off radioactive carbon dioxide gas.

Levin recounts how "amazingly" the initial results of the experiment were positive for microorganisms — and corroborated by both separate Mars landers some 4,000 miles apart.

And Levin is adamant: thousands of reliable tests with Earth-based soil and microbial cultures conducted at the time, he argues, support the results.

But still, there's a big snag with his results: further experiments "provided no clear evidence for the presence of living microorganisms in soil near the landing sites," as NASA puts it.

Levin supports his conclusion with evidence obtained after NASA's Viking missions, including the evidence of surface water, methane, ammonia, and even "wormlike features" appearing in images taken by NASA's Curiosity rover.

But NASA has continued to drag its feet, in Levin's eyes. He argues that in NASA's long history of exploring Mars, it has failed — since the 1976 missions — to search for direct evidence of life, despite the search being "among its highest priorities."

Rather than send soil samples all the way back to Earth — something that NASA's Mars 2020 rover will attempt to do — Levin thinks scientists should expand on the outcomes of his 1970s experiments and conduct further similar tests.

But before that happens, he'll have to convince NASA that his experiment's evidence for life on Mars is valid.

READ MORE: I'm Convinced We Found Evidence of Life on Mars in the 1970s [Scientific American]

Read This Next
What Lies Beneath
Researchers Say "Conan the Bacterium" Could Be Hidden Beneath Mars’ Surface
Into Darkness
Inside NASA's Bold Proposal to Probe the Mysteries of Dark Matter
Water Canyon
Scientists Spot Hidden Water in Mars' Grand Canyon
Martian Ammonia
NASA Rover Detects Organic Molecules on the Surface of Mars
Myanus, Hisanus, Heranus...
Here's What Uranus Scientists Think About Your Disgusting Jokes
More on Hard Science
Tractor Beam
Jan 26 on the byte
Scientists Build Working Tractor Beam, Although It's Comically Tiny
Having a Blast
Jan 18 on the byte
New Study Shows Where You Should Hide to Survive a Nuclear Attack
Offworld Amino
Jan 15 on the byte
Scientists Find Building Blocks of Life in Meteor That Smashed Into Family's Driveway
READ MORE STORIES ABOUT / Hard Science
Keep up.
Subscribe to our daily newsletter to keep in touch with the subjects shaping our future.
+Social+Newsletter
TopicsAbout UsContact Us
Copyright ©, Camden Media Inc All Rights Reserved. See our User Agreement, Privacy Policy and Data Use Policy. The material on this site may not be reproduced, distributed, transmitted, cached or otherwise used, except with prior written permission of Futurism. Articles may contain affiliate links which enable us to share in the revenue of any purchases made.
Fonts by Typekit and Monotype.