NASA: Something Is Off About This Interstellar Comet

2I/Borisov "is dramatically different from most other comets we’ve seen before." 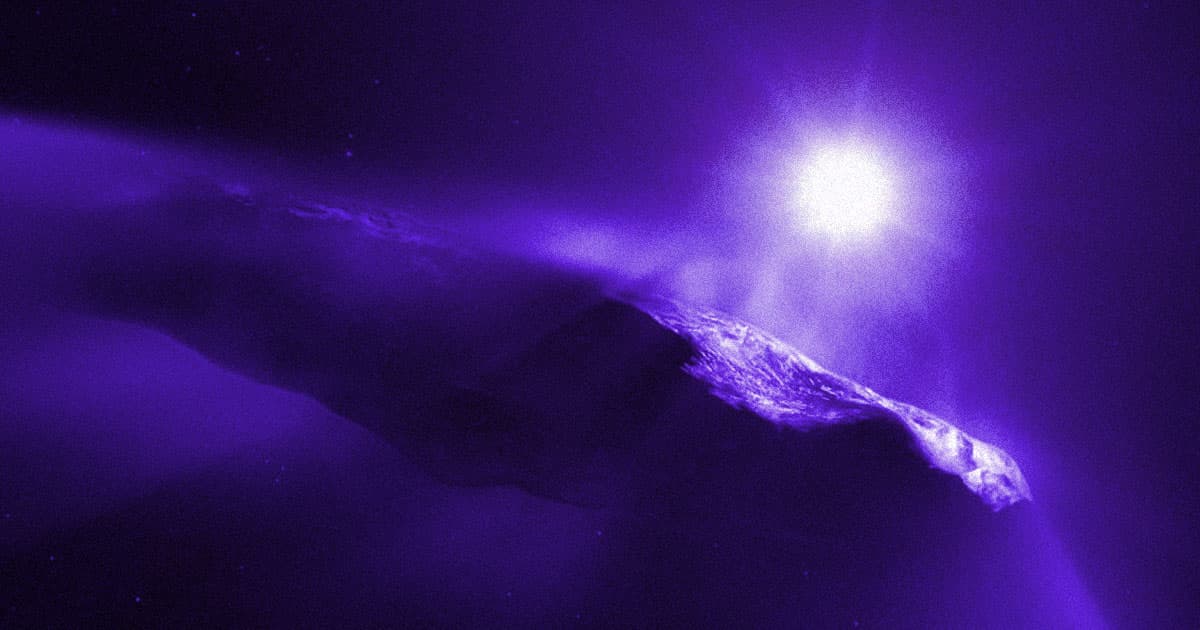 In 2019, astronomers made an incredible discovery: a comet from a different star system making a close approach to the Sun at an extremely unusual trajectory, which was later named "2I/Borisov" after the amateur astronomer who discovered it.

Observations suggest that its home star system could resemble our own. NASA scientists have even suggested that the object may hold water.

Now, a new study by an international team of researchers led by NASA has revealed something highly unusual: gas emanating from the comet contained unusually high amounts of carbon monoxide — up to 26 times higher than that of the average comet.

"This is the first time we’ve ever looked inside a comet from outside our solar system and it is dramatically different from most other comets we’ve seen before," Martin Cordiner, astrochemist at the NASA Goddard Space Flight Center and lead author of the study published in the journal Nature Astronomy said in a statement.

The fact that they found any carbon monoxide isn't in itself unusual. It's one of the most commonly found molecules in space. But the extremely high concentration puzzled the researchers.

"The comet must have formed from material very rich in CO ice, which is only present at the lowest temperatures found in space, below -420 degrees Fahrenheit (-250 degrees Celsius)," Stefanie Milam, planetary scientist at the NASA Goddard Space Flight Center and co-author of the study, said in the statement.

They believe the abundance of the gas could tell us about the comet's home.

"If the gases we observed reflect the composition of 2I/Borisov’s birthplace, then it shows that it may have formed in a different way than our own solar system comets, in an extremely cold, outer region of a distant planetary system," said Cordiner.

Scientists suggest that 2l/Borisov could've spent billions of years traveling through the extreme colds of interstellar space after being yeeted out of its host system as it came near a passing star.

But we still can't pinpoint what it's home system looks like just yet.

"2I/Borisov gave us the first glimpse into the chemistry that shaped another planetary system," said Milam. "But only when we can compare the object to other interstellar comets, will we learn whether 2I/Borisov is a special case, or if every interstellar object has unusually high levels of CO."

Read This Next
But What About Aliens?
Scientists: 'Oumuamua Was Likely a Chunk of a Pluto-Like Planet
Going Interstellar
NASA Wants to Chase Interstellar Objects With "Orbital Slingshot"
Futurism
Astronomers Just Found the First Interstellar Object From Beyond our Solar System
More on Hard Science
Warped Tour
Thursday on futurism
Professor Believes Door to Warp Drive May Lie With Ethylene Glycol
Sky Bursts
Thursday on the byte
Astronomers Intrigued by 25 Mysterious Repeating Radio Signals From Deep Space
Tractor Beam
Jan 26 on the byte
Scientists Build Working Tractor Beam, Although It's Comically Tiny
READ MORE STORIES ABOUT / Hard Science
Keep up.
Subscribe to our daily newsletter to keep in touch with the subjects shaping our future.
+Social+Newsletter
TopicsAbout UsContact Us
Copyright ©, Camden Media Inc All Rights Reserved. See our User Agreement, Privacy Policy and Data Use Policy. The material on this site may not be reproduced, distributed, transmitted, cached or otherwise used, except with prior written permission of Futurism. Articles may contain affiliate links which enable us to share in the revenue of any purchases made.
Fonts by Typekit and Monotype.