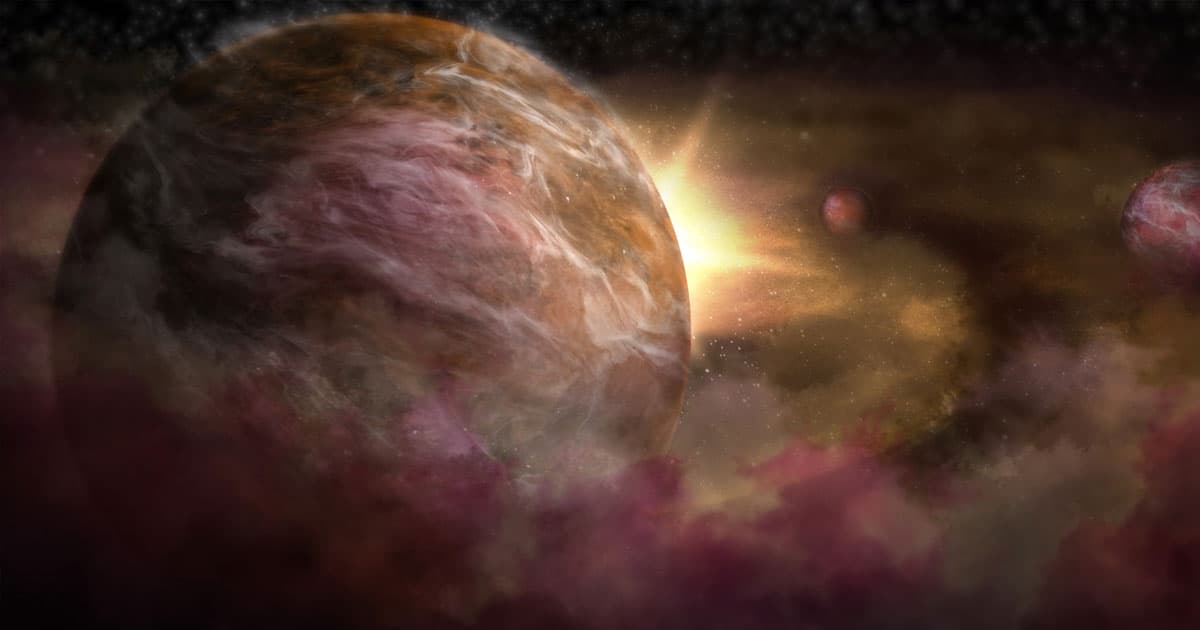 Interstellar Object’s Home Solar System May Resemble Our Own

Astronomers across the globe were quick to begin studying 2I/Borisov — the second known interstellar object to visit our solar system — almost immediately upon its detection in August.

Those observations are already yielding fascinating insights into the comet — including the fact that its solar system of origin might not be that different from our own.

Another study — this one conducted by researchers from Queen’s University Belfast and published on the preprint server arXiv — determined that the gas surrounding the interstellar object is similar to that of our own comets.

"And when we look at the amount of gas we see, compared to the amount of dust particles that the comet is also ejecting, it looks pretty similar as well," researcher Alan Fitzsimmons told Scientific American.

While researchers can't yet say for certain whether 2I/Borisov's home is like ours or not, they're excited by either prospect.

"If it’s like the things that we have in our solar system, the processes that we see taking place are more typical than we realized," Queen’s University Belfast researcher Michele Bannister told SA. "If it’s really different, then that tells us this chemistry takes place in quite a different way — in the diversity of exoplanetary systems — than we see."

More on 2I/Borisov: Here’s a Pic of That Mysterious Object From Beyond Solar System

But What About Aliens?
Scientists: 'Oumuamua Was Likely a Chunk of a Pluto-Like Planet
3. 17. 21
Read More
All Hail NEOWISE
Here Are The Most Amazing Shots of the NEOWISE Comet
7. 13. 20
Read More
Going Interstellar
NASA Wants to Chase Interstellar Objects With "Orbital Slingshot"
5. 11. 20
Read More
+Social+Newsletter
TopicsAbout UsContact Us
Copyright ©, Camden Media Inc All Rights Reserved. See our User Agreement, Privacy Policy and Data Use Policy. The material on this site may not be reproduced, distributed, transmitted, cached or otherwise used, except with prior written permission of Futurism. Articles may contain affiliate links which enable us to share in the revenue of any purchases made.
Fonts by Typekit and Monotype.