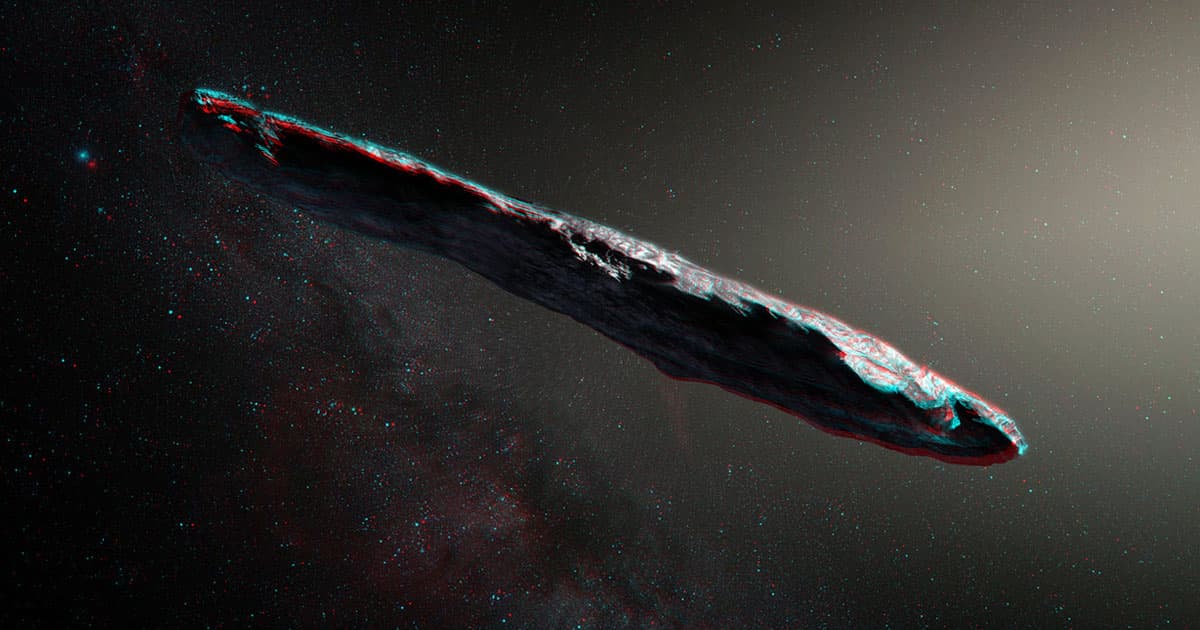 An Interstellar Object May Have Just Entered Our Solar System

"It's the next-best thing to sending a probe to a different solar system."

"It's the next-best thing to sending a probe to a different solar system."

On August 30, an amateur astronomer in the Ukraine was the first to spot a comet zipping across the night sky.

Further observations by additional astronomers have revealed that the comet, now known as C/2019 Q4 (Borisov), is moving too fast to be pulled by the Sun's gravity — a sign it might hail from outside our solar system.

Astronomers are now trying to plot the trajectory of the object. And, to be fair, if they find that it has an elliptical orbit around the Sun, they'll be forced to conclude that it isn't interstellar.

However, a checkmark-shaped hyperbolic orbit would all-but-confirm that the comet is not from our solar system.

"The error indicates it's still possible that's within the Solar System," European Southern Observatory astronomer Olivier Hainaut told Business Insider. "But that error is decreasing as we get more and more data, and the eccentricity is looking interstellar."

If the mysterious object is interstellar, it will be just the second known visitor from beyond our solar system — the first being 'Oumuamua, an asteroid astronomers detected in 2017.

But while scientists caught 'Oumuamua when it was already exiting our solar system, the new object is still on its way in — and that's a huge deal for astronomers because it means more observation time.

"Here we have something that was born around another star and traveling toward us," Hainaut told Business Insider. "It's the next-best thing to sending a probe to a different solar system."

More on 'Oumuamua: The First-Ever Interstellar Asteroid Is the Start of a New Era in Astronomy

Hubble Tension
Most Precise Measurements of the Universe Suggest That Something Is Very Wrong
10. 20. 22
Read More
All Hail NEOWISE
Here Are The Most Amazing Shots of the NEOWISE Comet
7. 13. 20
Read More
Bright Streaks
Scientists: SpaceX Satellites Threaten "Astronomy Itself”
11. 12. 19
Read More
+Social+Newsletter
TopicsAbout UsContact Us
Copyright ©, Camden Media Inc All Rights Reserved. See our User Agreement, Privacy Policy and Data Use Policy. The material on this site may not be reproduced, distributed, transmitted, cached or otherwise used, except with prior written permission of Futurism. Articles may contain affiliate links which enable us to share in the revenue of any purchases made.
Fonts by Typekit and Monotype.