The 400 meter-long asteroid is thought to have been traveling for millions of years before entering our Solar System. 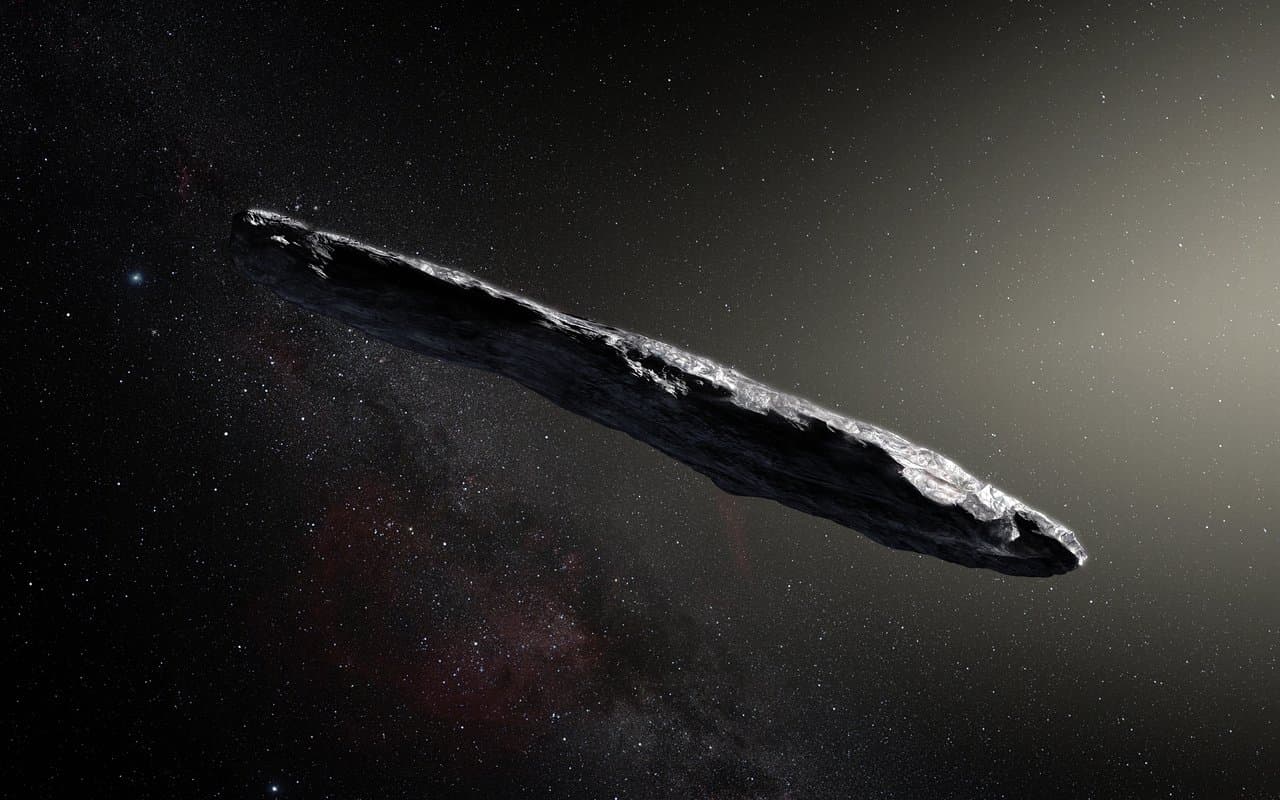 A New Type of Asteroid

As much as we know about our own Solar System and our wider universe, there's still an astronomically high number of things we don't know. While missions like NASA's SPHEREx and Voyager 2 have, and will continue to, shed some light on previously unseen aspects of our universe and interstellar space, we've still got a long road ahead of us before we can begin to explore that space in earnest.

On October 19, an interstellar asteroid was detected by the Pan-STARRS 1 telescope in Hawaii. While it was initially classified as a comet, additional observations revealed it to be an asteroid that had originated from interstellar space.

Unfortunately, the asteroid (named`Oumuamua), was on its way back to interstellar space when it was spotted, leaving astronomers little time to study it. The European Southern Observatory's (ESO) Very Large Telescope was brought in to provide additional analysis of the asteroid's orbit, brightness, and color, revealing it was much longer than the asteroids we're used to observing and had a very different color.

“This unusually large variation in brightness means that the object is highly elongated: about ten times as long as it is wide, with a complex, convoluted shape," explained Karen Meech, an astronomer at the Institute for Astronomy in Hawaii. "We also found that it has a dark red color, similar to objects in the outer Solar System, and confirmed that it is completely inert, without the faintest hint of dust around it.”

The First of Many?

According to Meech and her team,`Oumuamua is roughly 400 meters (1,312 feet) long. It's incredibly dense, likely made up of a rocky or high metal content, though it has no water or ice. As for its reddish color, that could be a result of irradiation from cosmic rays, which the asteroid could have been exposed to over the millions of years it's been traveling through space.

According to NASA, both the Hubble and Spitzer telescopes are still tracking`Oumuamua. As of November 20, it's currently traveling at 38.3 kilometers per second (85,700 mph). It's expected to pass through Jupiter's orbit in May 2018, followed by Saturn's orbit in January 2019.

As we continue to monitor out stars and the rest of our Solar System, we're going to need more powerful telescopes capable of keeping up with new discoveries — including any future interstellar asteroids the ESO expects to come across. To this end, construction is underway for the European Extremely Large Telescope’s (E-ELT), which the ESO explains will "allow us to address many of the most pressing unsolved questions about our Universe" when it begins operations in 2024.

There's also the James Webb Space Telescope (JWST), which is being developed by NASA in collaboration with the European Space Agency and the Canadian Space Agency. Expected to launch in 2019, the JWST will "study every phase in the history of our Universe," including the Big Bang, the creation of our Solar System, and its evolution.

Our current technology has been able to give us some important information about`Oumuamua, but imagine what we'll be able to learn when both the E-ELT and JWST are up and running.`Oumuamua took millions of years to reach us, but with more powerful telescopes, we may be able to see where it came from in interstellar space — and anything else coming our way.

Read This Next
Avi Update
Harvard Professor Defends Claim That Alien Spacecraft Cruised Through Solar System
A Whole Saga
US Government Confirms That Interstellar Object Crashed Into the Earth
Name Game
NASA May Still Rename James Webb Telescope Over Homophobia Controversy
Search for Life
Former Astronaut Suggests Specific Planet for James Webb to Search for Life
Far Out
Proposed Mission Would Explore Interstellar Object ‘Oumuamua
More on Off World
Exoplanet Dance
Yesterday on the byte
Scientist Releases Amazing Video of Exoplanets Orbiting Distant Star
Space Junk News
Yesterday on the byte
Two Large Chunks of Space Debris Just Almost Collided in an Epic Disaster
Mars Drop
Yesterday on the byte
NASA's Mars Rover Perseverance Just Dropped Off Its Last Sample
READ MORE STORIES ABOUT / Off World
Keep up.
Subscribe to our daily newsletter to keep in touch with the subjects shaping our future.
+Social+Newsletter
TopicsAbout UsContact Us
Copyright ©, Camden Media Inc All Rights Reserved. See our User Agreement, Privacy Policy and Data Use Policy. The material on this site may not be reproduced, distributed, transmitted, cached or otherwise used, except with prior written permission of Futurism. Articles may contain affiliate links which enable us to share in the revenue of any purchases made.
Fonts by Typekit and Monotype.