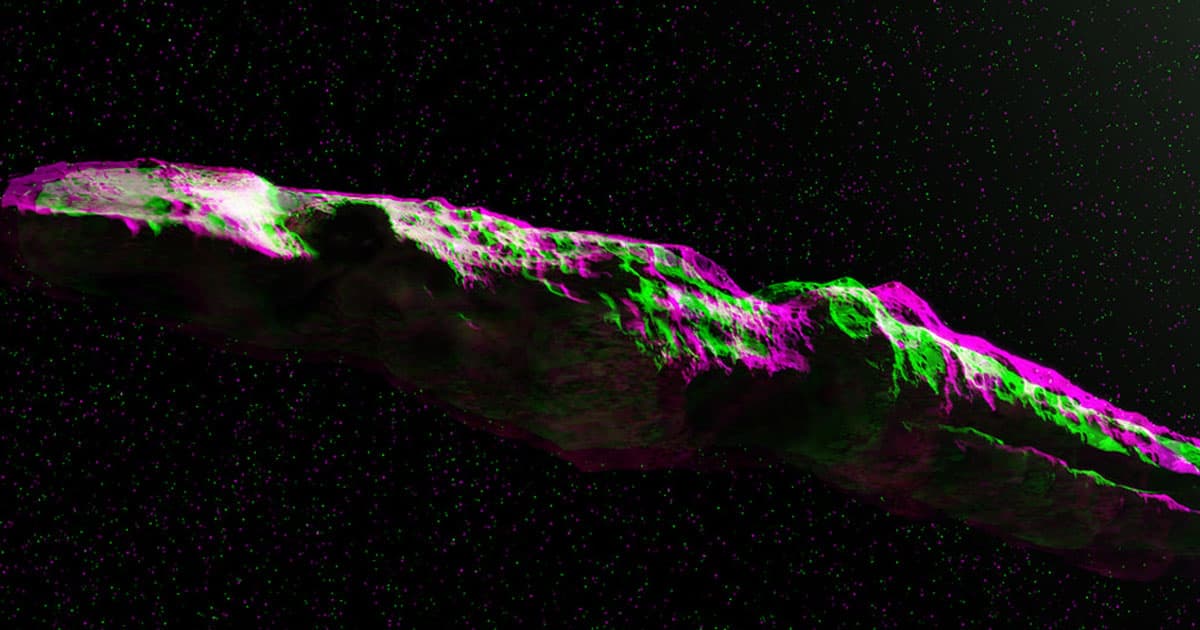 Here's a Pic of That Mysterious Object From Beyond Solar System

Amateur astronomer Gennady Borisov made a wild discovery on August 30: an object moving too fast to be captured by the Sun's gravity — and which probably came from outside our solar system.

And now, thanks to the Gemini Observatory, we've gotten a closer look at the object — the first interstellar comet ever to be observed, according to the Observatory.

"This image was possible because of Gemini’s ability to rapidly adjust observations and observe objects like this, which have very short windows of visibility," said Andrew Stephens from the Gemini Observatory in a statement. "However, we really had to scramble for this one since we got the final details at 3:00 am and were observing it by 4:45!"

The image was stitched together from two exposures, in different color bands, captured by the Gemini North Multi-Object Spectrograph from Hawaii’s Maunakea island. The streaks are stars that appear to be moving since the comet is also whipping through space.

Night at the Observatory

Luckily, C/2019 Q4's trajectory will make it even easier to spot over the next few months. And that could allow us to learn more about its home and origin story.

And that's a big deal — the interstellar object called 'Oumuamua, first spotted in 2017, was already too far away to get a close look once it was identified.

READ MORE: The First Images Have Started Coming in of That New Interstellar Visitor [Science Alert]

More on the comet: An Interstellar Object May Have Just Entered Our Solar System

Hubble Tension
Most Precise Measurements of the Universe Suggest That Something Is Very Wrong
10. 20. 22
Read More
But What About Aliens?
Scientists: 'Oumuamua Was Likely a Chunk of a Pluto-Like Planet
3. 17. 21
Read More
Night of the Comet
NASA: Something Is Off About This Interstellar Comet
4. 21. 20
Read More
+Social+Newsletter
TopicsAbout UsContact Us
Copyright ©, Camden Media Inc All Rights Reserved. See our User Agreement, Privacy Policy and Data Use Policy. The material on this site may not be reproduced, distributed, transmitted, cached or otherwise used, except with prior written permission of Futurism. Articles may contain affiliate links which enable us to share in the revenue of any purchases made.
Fonts by Typekit and Monotype.