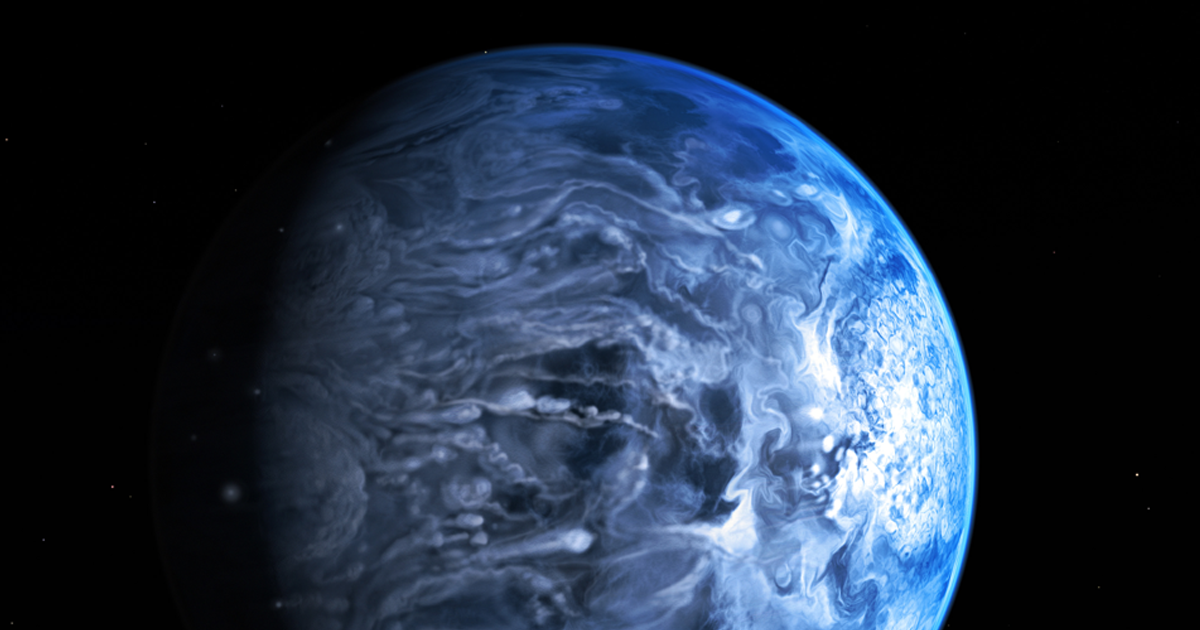 Scientists have already spotted thousands of exoplanets — planets that orbit a star outside of the Solar System — and many have the potential to harbor life.

A wild new theory suggests that exoplanets two to four times the size of Earth, known as "sub-Neptunes," are likely to be water worlds rather than gas dwarfs — and their oceans could be so deep that they almost defy comprehension.

Instead of a few kilometers deep, like Earth's oceans, Harvard researcher Li Zeng said that these alien oceans could be "hundreds or thousands of kilometers" in depth, according to Gizmodo. "Unfathomable. Bottomless. Very Deep."

The new research, published in the journal Proceedings of the National Academy of Sciences, used a complex computer model that examined data collected by the Kepler Space Telescope — NASA's exoplanet hunting device — and the Gaia mission, the European Space Agency's space telescope.

The results are astonishing: the findings indicate that some exoplanets may contain "as much as 50 percent water." That's vastly more than on Earth, where water takes up just 0.02 percent of the planet's mass. The pressure would be so dizzyingly high, in fact, that much of the water would turn to hard ice.

"It was a huge surprise to realize that there must be so many water-worlds," Zeng said in a 2018 press release.

Read This Next
Accuracy Wall
Harvard and MIT Scientists Warn That James Webb Data May Not Be What It Seems
Outing Life
Swiss Government Scientist Says We May Be on the Brink of Discovering Alien Life
Sun Gazer
Researchers Want to Use the Sun As a Giant Telescope to Look for Aliens
Space Invaders
Study: There May Be as Many as Four Evil Civilizations in Our Galaxy
Search for Life
Former Astronaut Suggests Specific Planet for James Webb to Search for Life
More on Off World
Take Cover
Yesterday on the byte
Space Startup Blows Up Another Giant Inflatable Space Station Module
Rock Blast
Yesterday on the byte
Scientists Say There's an Upside to Those Rocks That Keep Bludgeoning the James Webb
Meathead Theory
Yesterday on the byte
Professor Receives Insane Email Claiming "Biological" Green Comet Is Giving Off "Meat Smoke"
READ MORE STORIES ABOUT / Off World
Keep up.
Subscribe to our daily newsletter to keep in touch with the subjects shaping our future.
+Social+Newsletter
TopicsAbout UsContact Us
Copyright ©, Camden Media Inc All Rights Reserved. See our User Agreement, Privacy Policy and Data Use Policy. The material on this site may not be reproduced, distributed, transmitted, cached or otherwise used, except with prior written permission of Futurism. Articles may contain affiliate links which enable us to share in the revenue of any purchases made.
Fonts by Typekit and Monotype.