Texas is allowing companies to store hundreds of thousands of barrels underground. 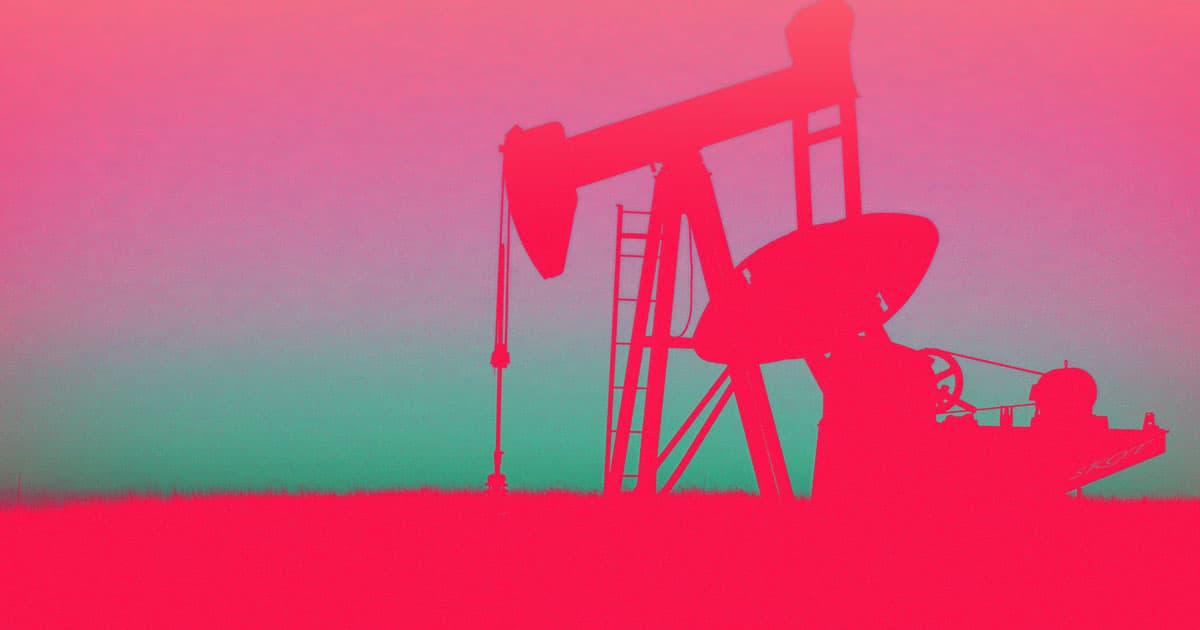 For the first time in history, oil prices went negative last month due to plummeting demand and oil traders running out of space to store their oil.

As a result, some oil and gas companies are now resorting to desperate measures. They've reportedly started to pay buyers to take oil off their hands — and in some instances, have even started pumping it back into the ground, the Texas Observer reports.

The oil isn't going back to precisely where it came from. Instead, producers are exploring options to store it in underground geological formations that can hold oil and liquefied gas.

Earlier this month, a local oil and gas regulator temporarily gave the industry permission to store oil in unconventional underground formations, according to the Observer.

The move did not allow for a comment period or a public hearing, shocking local environmental groups.

Making matters worse, the regulator had to roll back state regulations that were in place to ensure groundwater was not being contaminated.

"Allowing storage in these other formations obviously raises a lot of concerns for both environmental health and the health of our aquifers," Emma Pabst, from the think tank Environment Texas, told the Observer.

READ MORE: With Storage Space Evaporating, the Oil and Gas Industry Will Get to Put Its Products Back Underground [The Texas Observer]

More on oil: FOR THE FIRST TIME EVER, THE PRICE OF OIL IS NOW NEGATIVE

Read This Next
Crude
Researchers Still Finding Residue From Massive 2010 BP Oil Spill
Futurism
To Power Villages And Oil Rigs, Russia Sent A Nuclear Reactor On A “Tsunami-Proof” Barge
Futurism
Scott Pruitt's Latest EPA Gambit Is As Clever As It Is Evil
Futurism
Arnold Schwarzenegger Is Suing Big Oil for Climate Change
Futurism
New York Sues Big Polluters and Divests Pension Funds From Fossil Fuels
More on Earth & Energy
Do The Worm
Yesterday on the byte
Scientists Name "Funky Worm" Amphibian After a Weird 70s Funk Song
Cow Chow
Thursday on the byte
Bill Gates Gives $12 Million to Flatulent Australian Cows
Dye in the Water
Thursday on the byte
Scientists Dye Chunks of Ocean Water Pink for Head-Turning Coastal Experiment
READ MORE STORIES ABOUT / Earth & Energy
Keep up.
Subscribe to our daily newsletter to keep in touch with the subjects shaping our future.
+Social+Newsletter
TopicsAbout UsContact Us
Copyright ©, Camden Media Inc All Rights Reserved. See our User Agreement, Privacy Policy and Data Use Policy. The material on this site may not be reproduced, distributed, transmitted, cached or otherwise used, except with prior written permission of Futurism. Articles may contain affiliate links which enable us to share in the revenue of any purchases made.
Fonts by Typekit and Monotype.