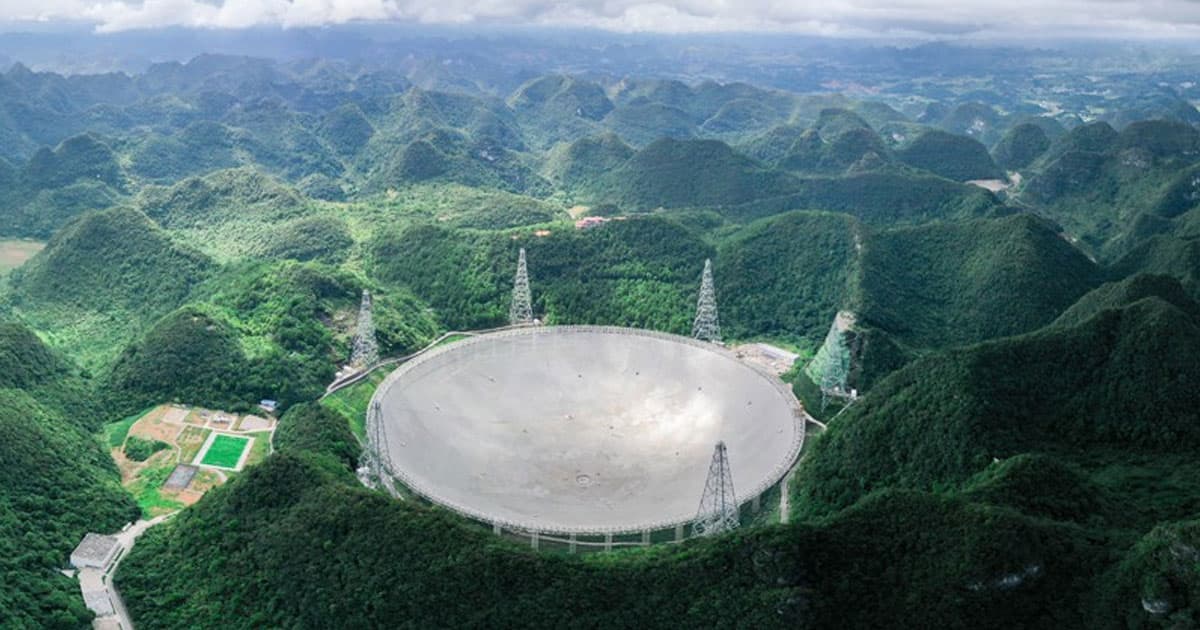 Experts: China Is Pulling Ahead in Race to Identify Extraterrestrials

"China is now catching up with, and in some areas surpassing, Western achievements."

"China is now catching up with, and in some areas surpassing, Western achievements."

With China's Five-hundred-meter Aperture Spherical radio Telescope (FAST) in place, astronomers say the country is positioning itself as the new leader in the search for extraterrestrial life.

Traditionally, SETI research has been a largely Western pursuit, scientists told Space.com. But FAST bucks that trend — if there's any first contact to be made with alien civilizations, researchers suspect that FAST will be the instrument that does it.

To some, like scientific author Michael Michaud, it's not surprising that China would emerge as the leader of the search for extraterrestrial life, given the singular focus its government can lend to projects like FAST.

"Most scientific fields had been dominated by Americans and other Westerners since the end of World War II. China is now catching up with, and in some areas surpassing, Western achievements," Michaud told Space.com. "Already, China has the resources to become the world's leading nation in several fields of scientific research and technology development."

While China's emerging leadership changes the dynamic of the international hunt for aliens, experts in the field see it as more of an opportunity for collaboration than a matter of national pride.

"Anyone hoping for a redo of the 1960s 'space race' between the Soviet Union and the United States in today's international SETI scene is going to be disappointed," Douglas Vakoch, president of the extraterrestrial research group METI International, told Space.com. "In SETI, international cooperation wins over competition."