Harvard Astronomer Says We Should Hunt for Alien Probes

An interstellar object could be a "message in a bottle." 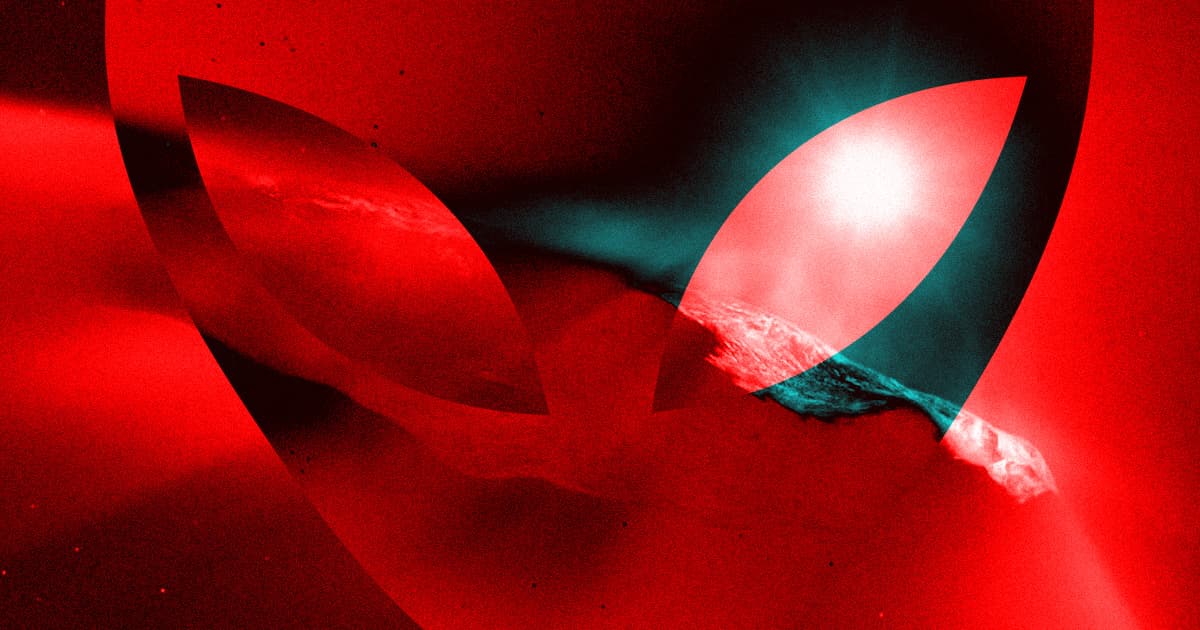 Harvard astrophysics faculty member Avi Loeb is calling on the scientific community to search not just for mysterious radio signals emanating from the vast reaches of the observable universe — but for alien probes sent to us as "messages in a bottle" as well.

In a new essay for Scientific American, Loeb argues that the search for extraterrestrial intelligence, or SETI, should not only focus on developing radio and laser communications to scan the night sky for alien signals, but also launch physical space probes to "search for technological civilizations across interstellar distances" — and even actively search for ones that might come drifting through our own system.

The famed astrophysicist has never shied away from theorizing about alien life. In one recent study, Loeb proffered the theory that life could be hiding "deep underneath the surface of rocky objects like the Moon or Mars." In February, he told Futurism that there's a chance that "fast radio bursts" could be of "artificial origin."

In today's essay, Loeb builds from the fact that we've found that at least half of all Sun-like stars host exoplanets in their habitable zone, the region around a star in which it's possible to support liquid water and therefore harbor life.

"The famous Drake equation quantifies (with large uncertainties) the likelihood of receiving a radio signal from another civilization in our Milky Way galaxy," he wrote. "But it does not apply to physical probes that might arrive at our doorstep. The distinction resembles the difference between a cell phone conversation at the speed of light and the exchange of letters through surface mail."

The essay was published days after The Guardian reported that Breakthrough Listen, a project dedicated to hunt for signals from extraterrestrial life, had discovered a mysterious radio beam that emanated from the vicinity of Proxima Centauri, the Sun’s closest stellar neighbor.

Beyond radio signals, extraterrestrial alien races could be attempting to get in touch with us via physical probes as well, shot into the solar system at high speeds.

Loeb argues that 'Oumuamua, the first known interstellar object to have been observed passing through the solar system, may have been accelerated by the pressure of sunlight; "that is, if it is an artificially-made lightsail — a thin relic of the promising technology for space exploration that was proposed as early as 1924 by Friedrich Zander and is currently being developed by our civilization."

To Loeb, this means that the interstellar object could be a "message in a bottle."

Not everybody agrees with Loeb on his theory that the unusual rock could be a probe sent by an extraterrestrial race. Other scientists have long argued that 'Oumuamua may have come from outside of our solar system, but its "properties are consistent with a natural origin," as researcher Matthew Knight, an astronomer from the University of Maryland, told Reuters in July 2019, "and an alien explanation is unwarranted."

Loeb argues that 'Oumuamua is just the beginning. "To learn more, we must continue to monitor the sky for similar objects."

"Are there extraterrestrials smarter than us in the Milky Way?" Loeb concludes. "The only way to find out is by surveying the sky for the multitude of messengers that they might be using."

More on Loeb: Harvard Study: We Shouldn’t Rule Out Underground Life on the Moon and Mars

Read This Next
Whack-an-Alien
Chinese Scientists Say They May Have Detected Signal From Extraterrestrial Intelligence, But Probably Not
But What About Aliens?
Scientists: 'Oumuamua Was Likely a Chunk of a Pluto-Like Planet
Broke Through
Sorry Folks: Signal From Nearest Star Not Alien Civilization, Scientists Say
Loeb Love
Harvard Astronomer Argues That Aliens Visited Us in 2017
Phone Home
SETI Institute Admits That Proxima Centauri Signal Is Very Strange
More on Hard Science
Tractor Beam
Jan 26 on the byte
Scientists Build Working Tractor Beam, Although It's Comically Tiny
Having a Blast
Jan 18 on the byte
New Study Shows Where You Should Hide to Survive a Nuclear Attack
Offworld Amino
Jan 15 on the byte
Scientists Find Building Blocks of Life in Meteor That Smashed Into Family's Driveway
READ MORE STORIES ABOUT / Hard Science
Keep up.
Subscribe to our daily newsletter to keep in touch with the subjects shaping our future.
+Social+Newsletter
TopicsAbout UsContact Us
Copyright ©, Camden Media Inc All Rights Reserved. See our User Agreement, Privacy Policy and Data Use Policy. The material on this site may not be reproduced, distributed, transmitted, cached or otherwise used, except with prior written permission of Futurism. Articles may contain affiliate links which enable us to share in the revenue of any purchases made.
Fonts by Typekit and Monotype.