Harvard Prof: Deep Space Signal May Be From Alien Civilization

The mysterious signal is repeating every 16 days. A Harvard researcher says it could be of "artificial origin." 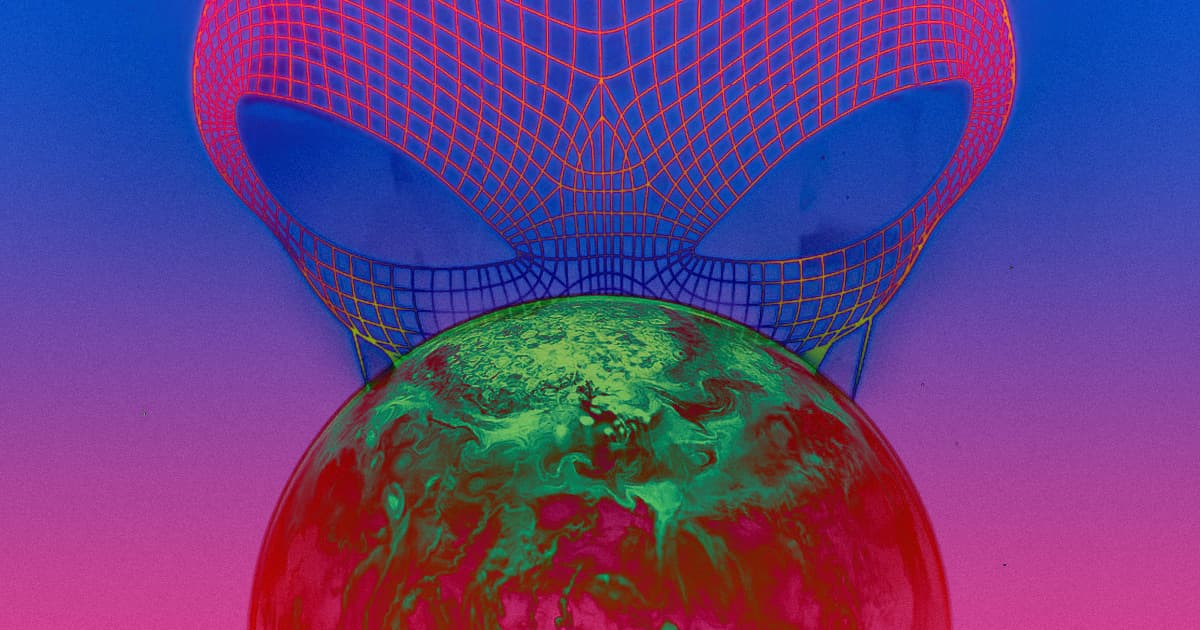 And Avi Loeb, the chair of Harvard University's astronomy department, told Futurism this week that he thinks one possibility is that the signals are coming from an alien civilization.

To be clear, Loeb also acknowledged that the signals — "fast radio bursts," or FRBs — could be generated by young neutron stars called magnetars, or by another, yet-undiscovered natural phenomenon.

"But at the moment we do not have a smoking gun that clearly indicates the nature of FRBs," he wrote in an email. "So all possibilities should be considered, including an artificial origin."

One concrete possibility, he said, is an extraterrestrial civilization using a beam of energy to propel cargo through space — and that the Canadian researchers picking up radiation leaking away from it.

Loeb pointed out that he previously examined that concept in a 2017 paper, however, and found that the energy required to move cargo with energy beams would be absolutely staggering. In fact, he said, such a beam would require about as much energy as the entirety of sunlight that hits the Earth.

"This would require a huge engineering project, far more ambitious than we currently have on Earth," he wrote. "So the main technological challenge is in the huge power that the radio beam need[s] to carry."

The Canadian researchers themselves acknowledged, in a followup press release about the findings, that "non-professionals have suggested they are messages from aliens."

Loeb, though, thinks the possibility is worth seriously considering — in addition, of course, to natural causes. He also pointed out that different FRBs could conceivably be caused by different phenomena.

This isn't the first SETI story Loeb has waded into. In 2018, for instance, he suggested that the interstellar object 'Oumuama might be an alien probe.

"An advanced technological civilization is a good approximation to God," he told the New Yorker at the time. "Suppose you took a cell phone and showed it to a caveperson. The caveperson would say it was a nice rock. The caveperson is used to rocks. So now imagine this object — ‘Oumuamua— being the iPhone and us being the cave people."

Read This Next
Whack-an-Alien
Chinese Scientists Say They May Have Detected Signal From Extraterrestrial Intelligence, But Probably Not
But What About Aliens?
Scientists: 'Oumuamua Was Likely a Chunk of a Pluto-Like Planet
Broke Through
Sorry Folks: Signal From Nearest Star Not Alien Civilization, Scientists Say
Loeb Love
Harvard Astronomer Argues That Aliens Visited Us in 2017
Loeb Strikes Again
Harvard Astronomer Says We Should Hunt for Alien Probes
More on Hard Science
Horrible Geese
Dec 4 on futurism
Furious Geese Are Defeating Humans, Scientists Find
Quacks Like a Duck
Dec 1 on futurism
Those Headlines About Scientists Building a Wormhole Are Total Nonsense, People
It From Bit
Nov 22 on the byte
A Scientist Is Crowdfunding an Experiment to Check if We Live in a Simulation
READ MORE STORIES ABOUT / Hard Science
Keep up.
Subscribe to our daily newsletter to keep in touch with the subjects shaping our future.
+Social+Newsletter
TopicsAbout UsContact Us
Copyright ©, Camden Media Inc All Rights Reserved. See our User Agreement, Privacy Policy and Data Use Policy. The material on this site may not be reproduced, distributed, transmitted, cached or otherwise used, except with prior written permission of Futurism. Articles may contain affiliate links which enable us to share in the revenue of any purchases made.
Fonts by Typekit and Monotype.