It's a one in a one hundred million chance. 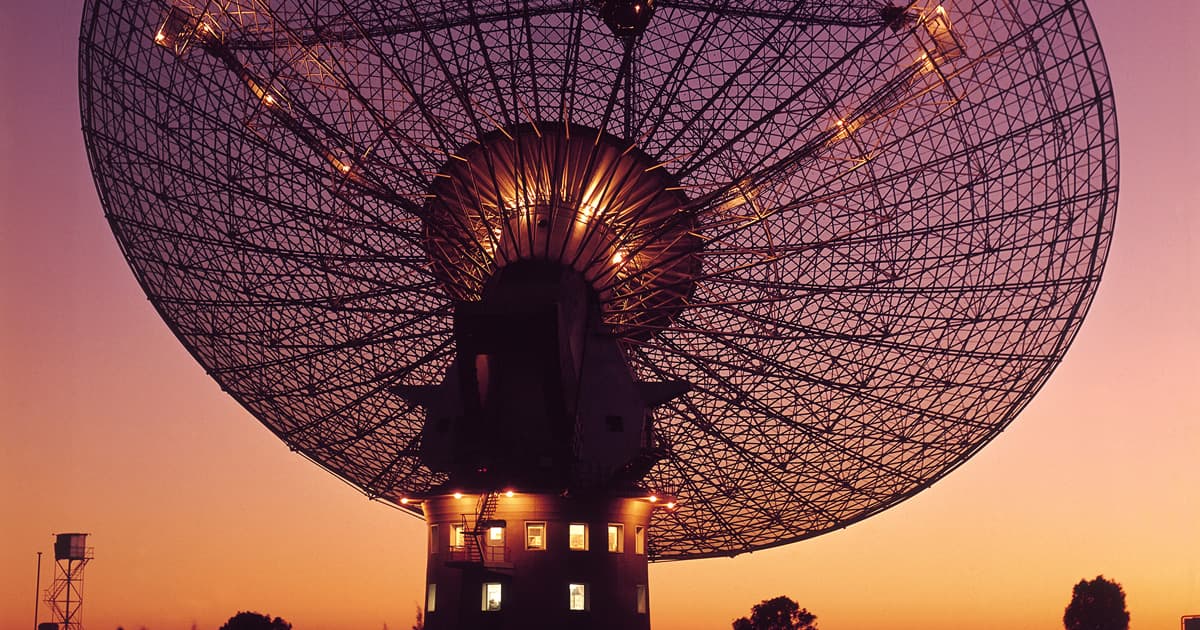 Late last year, Breakthrough Listen, a project dedicated to the hunt for signals from extraterrestrial life, announced the discovery of a mysterious radio beam emanating from Proxima Centauri, the star system closest to ours, using the Parkes Radio Telescope in Australia.

The signal, dubbed Breakthrough Listen Candidate 1 or BLC-1 for short, immediately caught the attention of the media. The big question: Had we finally discovered signs of extraterrestrial life?

Not so fast, argues Abraham Loeb, the chair of astronomy at Harvard University. Loeb and his colleague Amir Siraj calculated in a paper published to the preprint archive arXiv earlier this month that the odds of it being another civilization are far too low — about one in 100 million —  effectively ruling it out as a possibility.

"Without evidence for occupying a special time or location, we should not assume that we inhabit privileged circumstances in the Universe," they write in the paper. "As a result, within the context of all Earth-like planets orbiting Sun-like stars, the origin of a technological civilization on Earth should be considered a single outcome of a random process."

In other words, they were building an argument on the Copernican principle, which states that human beings don't have a special position in the universe.

"You are never in a special time in a special place," Loeb told Futurism in an interview. "Now, if you make that assumption, then it means that there is a very small likelihood, one in a hundred million that the star system next to us, the Alpha Centauri system, will have a radio transmitting civilization exactly at the time window that we are capable of either receiving or sending radio transmissions."

In other words, the time window is exceedingly short in the grand scheme of things for both civilizations to have such technological capabilities at the same time, while being so close.

It's an interesting change of pace for the Harvard astronomer, who has garnered a reputation for making controversial claims about the existence of extraterrestrial intelligence in the past.

"If this Breakthrough Listen Candidate 1 was coming from a technological civilization in the Proxima Centauri or Alpha Centauri system, it would break the Copernican principle by a factor of 100 million," Loeb told us.

So what could explain such a bizarre signal? Loeb says it's probably "someone with an oscillator in Australia near the telescope that produced it." In other words, it's coming from Earth — not Alpha Centauri.

Loeb recalled an instance in 2015 when the Parkes telescope in Australia picked up a mysterious signal.

"Who knows? There could be some guy in Australia," Loeb told Futurism. "It's a very relaxed country and there could be a guy with a cell phone or something or just playing around."

Read This Next
But What About Aliens?
Scientists: 'Oumuamua Was Likely a Chunk of a Pluto-Like Planet
So Close But So Far
Astronomers May Have Spotted a New Planet Around the Nearest Star
Loeb Love
Harvard Astronomer Argues That Aliens Visited Us in 2017
Loeb Strikes Again
Harvard Astronomer Says We Should Hunt for Alien Probes
Better Start Digging
Harvard Study: We Shouldn't Rule Out Underground Life on the Moon and Mars
More on Hard Science
Warped Tour
Feb 2 on futurism
Professor Believes Door to Warp Drive May Lie With Ethylene Glycol
Sky Bursts
Feb 2 on the byte
Astronomers Intrigued by 25 Mysterious Repeating Radio Signals From Deep Space
Tractor Beam
Jan 26 on the byte
Scientists Build Working Tractor Beam, Although It's Comically Tiny
READ MORE STORIES ABOUT / Hard Science
Keep up.
Subscribe to our daily newsletter to keep in touch with the subjects shaping our future.
+Social+Newsletter
TopicsAbout UsContact Us
Copyright ©, Camden Media Inc All Rights Reserved. See our User Agreement, Privacy Policy and Data Use Policy. The material on this site may not be reproduced, distributed, transmitted, cached or otherwise used, except with prior written permission of Futurism. Articles may contain affiliate links which enable us to share in the revenue of any purchases made.
Fonts by Typekit and Monotype.