Astronomers May Have Spotted a New Planet Around the Nearest Star

The search for extraterrestrial life is heating up — in the closest star system to Earth. 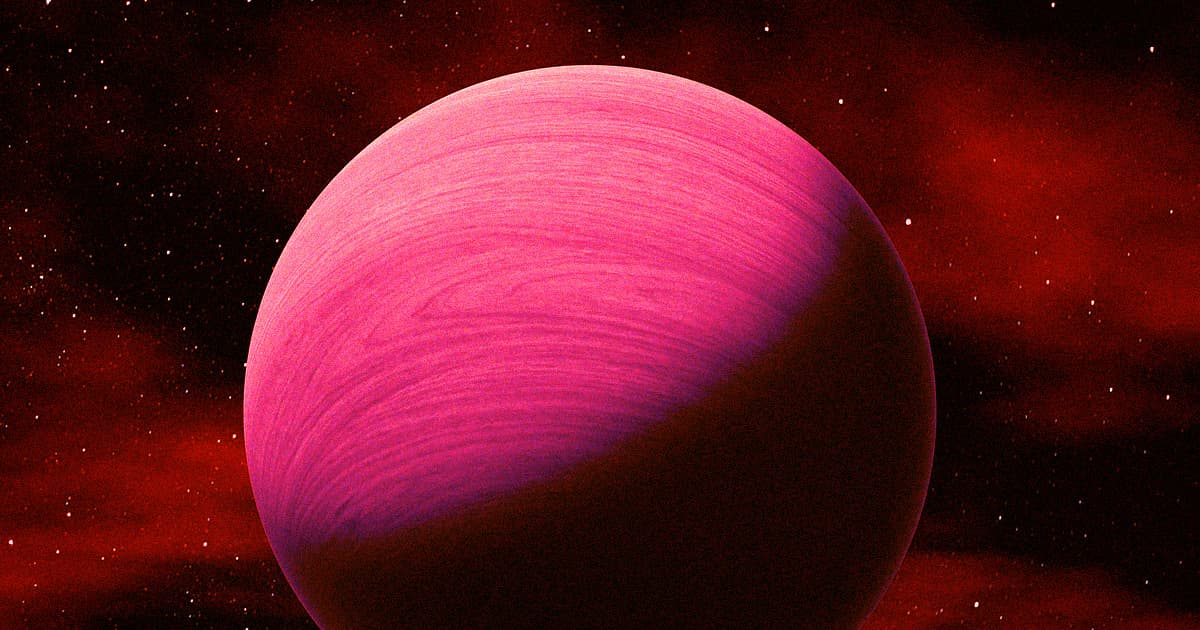 A team of researchers may have spotted evidence for a new planet orbiting one of the closest stars to our own solar system, in the star system Alpha Centauri, The Guardian reports.

It could end up being the first time we've ever imaged a planet orbiting a nearby star — but for now, the sighting orbiting Alpha Centauri A, referred to as a "planet candidate," came in the form of a bright spot that may end up being something else entirely.

"We detected something," Pete Klupar, chief engineer of the Breakthrough Initiatives, told The Guardian. "It could be an artefact in the machine or it could be a planet, or it could be asteroids or dust."

Alpha Centauri is a triple star system consisting of three stars named Alpha Centauri A, B, and C. Since 2016, astronomers have found evidence for at least two potentially habitable exoplanets in orbit of Alpha Centauri C, a red dwarf better known as Proxima Centauri.

Now, the new research suggests that Alpha Centauri A could host at least one potentially habitable exoplanet of its own.

The team used a new instrument called NEAR (New Earths in the AlphaCen Region) attached to the Very Large Telescope (VLT) in the Chilean desert, which is operated by the European Southern Observatory (ESO).

In total, the team analyzed about 100 hours of data collected in May and June of 2019.

A different instrument called a coronagraph was able to block out the light emanating from Alpha Centauri itself to get a better glance of any celestial objects orbiting it.

"We’re trying to see a flashlight right next to a lighthouse," Klupar told The Guardian.

In their paper, published in the journal Nature Communications, the team outlined their new approach to observing much smaller mass exoplanets located in nearby stellar systems by blocking out the "thermal background" created by the host star.

The new approach allows them to spot potential Neptune-sized planets (meaning about four times the size of Earth) in the Centauri star system. The technique is "an order of magnitude more sensitive than state-of-the-art exoplanet imaging mass detection limits," according to the paper.

It would be an unusual place for such an exoplanet.

"A lot of people say planets can’t form in this kind of binary and that’s one reason we are cautious about claiming it is actually a planet, but if it is, it would be about the size of Neptune," Klupar said.

Most excitingly, such an exoplanet would be orbiting its star in the habitable zone, the area around a star in which temperatures could allow for the existence of liquid water, and therefore life.

But if history is any indicator, there's a good chance the exoplanet may not be much more than a blip in the data. Scientists claimed they had found a small planet around Alpha Centauri B in 2012, but it turned to be nothing more than stellar noise, as Scientific American pointed out.

The new discovery could also turn out to be photons leaking into the instrument's optics.

Now, scientists have the task of observing the possible exoplanet again after several Earth months have passed. A new position around its host star could make it easier to study and eliminate the possibility that it's a dust cloud.

"The timing is such a shame," Debra Fischer, exoplanet detection specialist at Yale University, who was not involved in the research, told the Scientific American. "If it’s in the habitable zone around Alpha Centauri A, that’s an Earthlike orbit, so observing six months later would probably have nailed it."

Read This Next
Absolute Unit
Scientists Discover Gigantic New World that Defies Previous Planetary Understanding
Broke Through
Sorry Folks: Signal From Nearest Star Not Alien Civilization, Scientists Say
Phone Home
SETI Institute Admits That Proxima Centauri Signal Is Very Strange
Yeet!
New Evidence: There Was Another Planet in the Solar System That Escaped
Splish Splash
Scientists: Probe Center of Uranus, You’ll Hit Some Weird Water
More on Hard Science
Moved to Tears
Jun 30 on the byte
Scientists Say New James Webb Images Are So Powerful That It Was Emotional Just Looking at Them
Good God
Jun 28 on the byte
Huge Cloud of Toxic Yellow Gas Kills 13
zombie star
Jun 28 on futurism
Scientists Puzzled by Star That Exploded in Supernova But Somehow Survived
READ MORE STORIES ABOUT / Hard Science
Keep up.
Subscribe to our daily newsletter to keep in touch with the subjects shaping our future.
+Social+Newsletter
TopicsAbout UsContact Us
Copyright ©, Camden Media Inc All Rights Reserved. See our User Agreement, Privacy Policy and Data Use Policy. The material on this site may not be reproduced, distributed, transmitted, cached or otherwise used, except with prior written permission of Futurism. Fonts by Typekit and Monotype.