New Evidence: There Was Another Planet in the Solar System That Escaped

Researchers say a third ice giant, between Uranus and Neptune, got flung out of our star system. 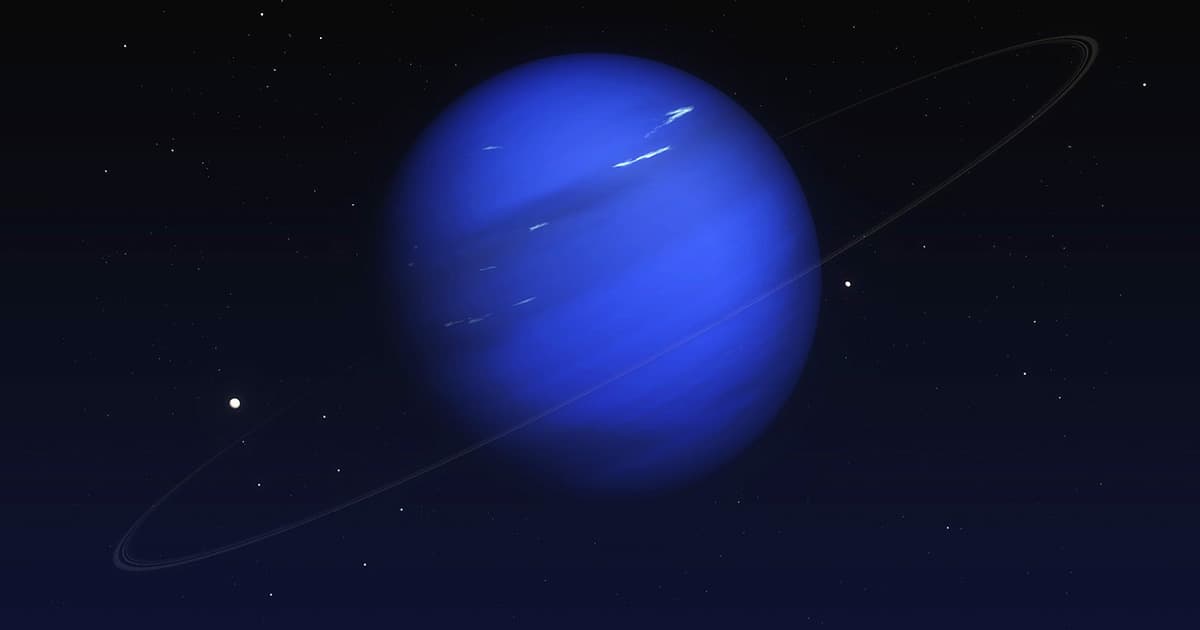 According to team of scientists at the Carnegie Institution for Science, an additional planet located between Saturn and Uranus got flung out of the solar system while it was still in its infancy.

The theory goes that the Sun was once surrounded by a disk of gas and dust. Through countless collisions, planets started to form, orbiting our star at a relatively short distance.

The more massive planets then kicked off a series of gravitational interactions, causing the planets to reshuffle into their current arrangement.

To get a clearer picture of what that arrangement looked like before these interactions, the team conducted some 6,000 computer simulations.

"We now know that there are thousands of planetary systems in our Milky Way galaxy alone," Carnegie postdoctoral fellow Matt Clement, lead author of a paper about the simulations published in the journal Icarus, said. "But it turns out that the arrangement of planets in our own Solar System is highly unusual, so we are using models to reverse engineer and replicate its formative processes."

"This is a bit like trying to figure out what happened in a car crash after the fact — how fast were the cars going, in what directions, and so on," he added.

They found that the final arrangement of Uranus and Neptune, two icy planets furthest away from the Sun, was determined by both the mass of the Kuiper belt, a region of dwarf planets and planetoids in the far reaches of the solar system, and an "ejected ice giant" that was kicked out when the planetary system was still young.

"This indicates that while our Solar System is a bit of an oddball, it wasn't always the case," Clement explained. "What's more, now that we've established the effectiveness of this model, we can use it to help us look at the formation of the terrestrial planets, including our own, and to perhaps inform our ability to look for similar systems elsewhere that could have the potential to host life."

READ  MORE: Where were Jupiter and Saturn born? [Carnegie Institute for Science]

More on the solar system: Astronomers Want to Figure Out What the Hell Planet Nine Is Once and For All

Read This Next
Myanus, Hisanus, Heranus...
Here's What Uranus Scientists Think About Your Disgusting Jokes
So Close But So Far
Astronomers May Have Spotted a New Planet Around the Nearest Star
Splish Splash
Scientists: Probe Center of Uranus, You’ll Hit Some Weird Water
Icy Rings
Astronomers Use New Instruments to Probe Rings Around Uranus
Futurism
Trans-Neptunian Space: Pushing the Boundaries of the Solar System
More on Hard Science
Tractor Beam
Jan 26 on the byte
Scientists Build Working Tractor Beam, Although It's Comically Tiny
Having a Blast
Jan 18 on the byte
New Study Shows Where You Should Hide to Survive a Nuclear Attack
Offworld Amino
Jan 15 on the byte
Scientists Find Building Blocks of Life in Meteor That Smashed Into Family's Driveway
READ MORE STORIES ABOUT / Hard Science
Keep up.
Subscribe to our daily newsletter to keep in touch with the subjects shaping our future.
+Social+Newsletter
TopicsAbout UsContact Us
Copyright ©, Camden Media Inc All Rights Reserved. See our User Agreement, Privacy Policy and Data Use Policy. The material on this site may not be reproduced, distributed, transmitted, cached or otherwise used, except with prior written permission of Futurism. Articles may contain affiliate links which enable us to share in the revenue of any purchases made.
Fonts by Typekit and Monotype.