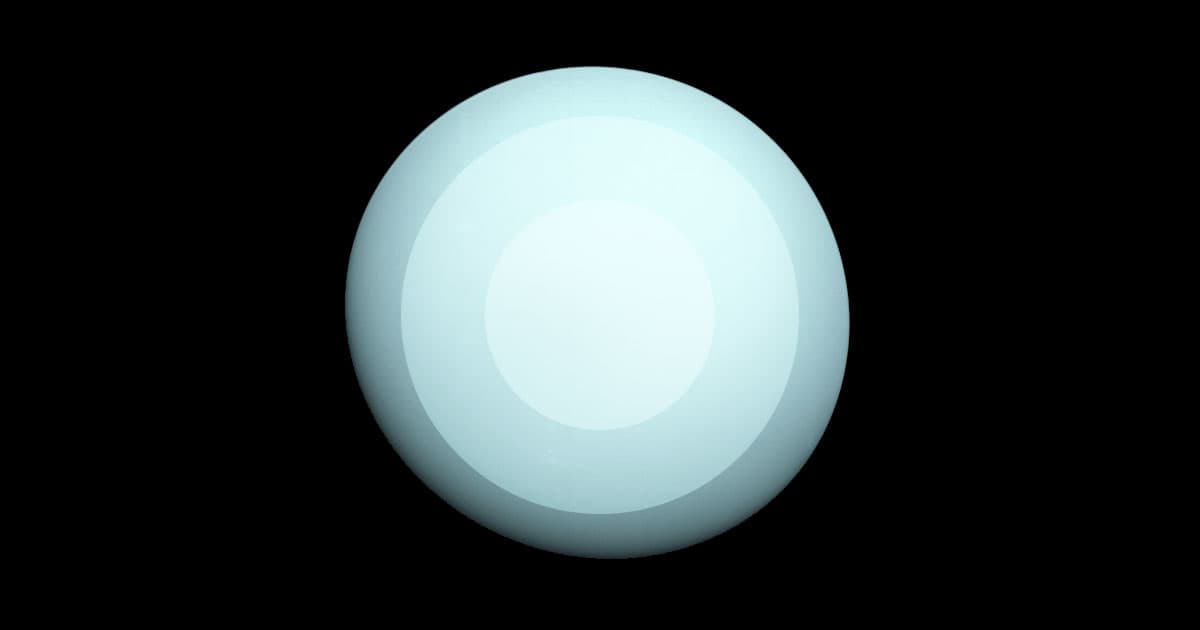 By modeling planets' interior using computer simulations, an international team of scientists are having a closer look at the unusual watery cores of Uranus and Neptune.

“Hydrogen and oxygen are the most common elements in the Universe, together with helium," Federico Grasselli and Stefano Baroni from the International School for Advanced Studies (SISSA) in Trieste, Italy, first and last author of the paper published in the journal Nature Communications last month, explained in the statement.

"It is easy to deduce that water is one of the major constituents of many celestial bodies. Ganymede and Europa, satellites of Jupiter, and Enceladus, satellite of Saturn, present icy surfaces beneath which oceans of water lie," they added. "Neptune and Uranus are also probably composed primarily of water."

What they found was that the ice present in the cores of these giants is very much unlike the ice we're used to here on Earth. "In such exotic physical conditions, we cannot think of ice as we are used to," Grasselli and Baroni explain. "Even water is actually different, denser, with several molecules dissociated into positive and negative ions, thus carrying an electrical charge."

This "superionic water" is not quite solid, nor is it a liquid — it's somewhere in between. Hydrogen atoms roam freely, while the oxygen molecules are locked in a "crystalline lattice."

That'd also mean that electrical conductivity of the water inside the cores is much higher than initially thought — suggesting that these unusual ice cores could have a great effect on the planets' magnetic fields.

Read This Next
Myanus, Hisanus, Heranus...
Here's What Uranus Scientists Think About Your Disgusting Jokes
So Close But So Far
Astronomers May Have Spotted a New Planet Around the Nearest Star
Yeet!
New Evidence: There Was Another Planet in the Solar System That Escaped
Icy Rings
Astronomers Use New Instruments to Probe Rings Around Uranus
Futurism
Structure Of Ice With a Record-Low Density Just Uncovered
More on Hard Science
Reel Big Dish
Yesterday on the byte
Brilliant Scientists Decide to Name the World's Largest Telescope "SKA"
Horrible Geese
Dec 4 on futurism
Furious Geese Are Defeating Humans, Scientists Find
Quacks Like a Duck
Dec 1 on futurism
Those Headlines About Scientists Building a Wormhole Are Total Nonsense, People
READ MORE STORIES ABOUT / Hard Science
Keep up.
Subscribe to our daily newsletter to keep in touch with the subjects shaping our future.
+Social+Newsletter
TopicsAbout UsContact Us
Copyright ©, Camden Media Inc All Rights Reserved. See our User Agreement, Privacy Policy and Data Use Policy. The material on this site may not be reproduced, distributed, transmitted, cached or otherwise used, except with prior written permission of Futurism. Articles may contain affiliate links which enable us to share in the revenue of any purchases made.
Fonts by Typekit and Monotype.