"The idea of a technologically advanced civilization living around our nearest stellar neighbor is quite extraordinary." 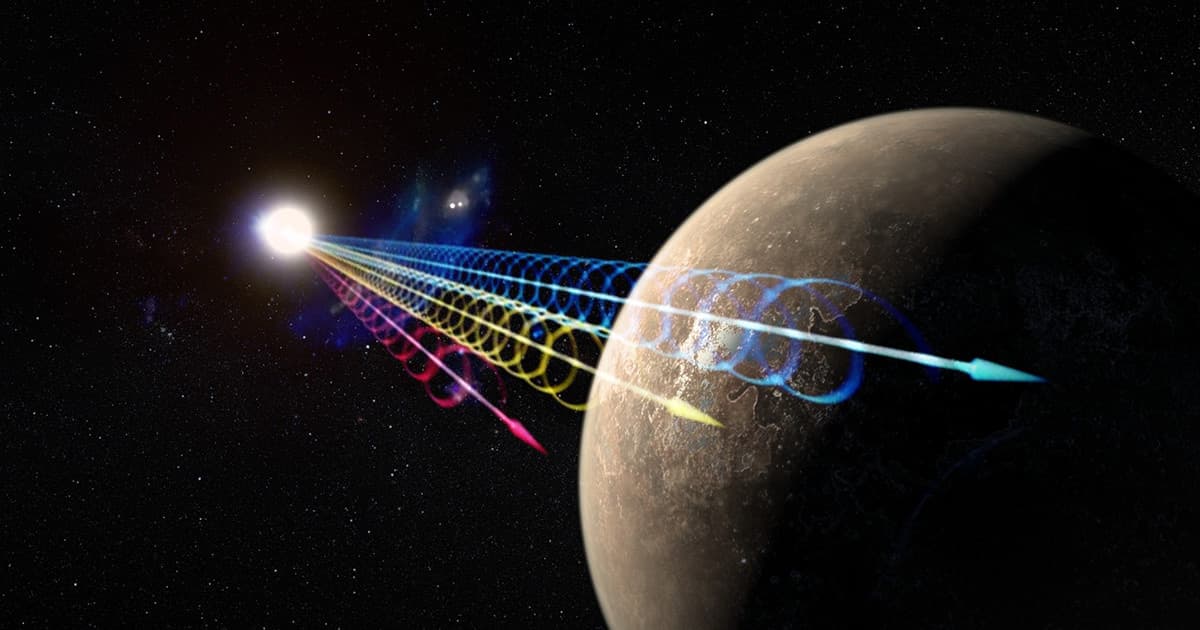 Over the weekend, astronomers made a tantalizing discovery: a mysterious radio beam that emanated from the vicinity of Proxima Centauri, the Sun's closest stellar neighbor, as first reported by The Guardian.

The discovery, made by Breakthrough Listen, a project dedicated to hunt for signals from extraterrestrial life affiliated with the late physicist Stephen Hawking, led to widespread speculation that an alien race may have reached out to us.

A 982 megahertz signal dubbed BLC1 (Breakthrough Listen 1) came from the star, as spotted by the Parkes telescope in Australia in April and May 2019. Most tantalizingly, the relatively nearby star system contains a planet dubbed Proxima b, which is about 20 percent larger than Earth and located in the system's habitable zone, the area where it's theoretically possible for life to sustain itself.

The news also met with a healthy dose of skepticism. In a statement released today, the SETI Institute commented on the controversial report. The main takeaway: Breakthrough Listen's discovery is a candidate, not a confirmed signal.

"Because of its profile, it’s very unlikely that the signal was produced by a natural but unknown cosmic source, but who knows… Nature often surprises us," reads the statement, penned by SETI Institute senior planetary astronomer Franck Marchis.

So you're saying there's a chance? Not exactly.

"One simple explanation is that Parkes picked up a signal that originated on Earth," Marchis writes. "We use radio to communicate, and this could be terrestrial interference. And that’s probably the most likely explanation."

And then there's the simple fact that Proxima Centauri's exoplanet Proxima b has yet to be confirmed, let alone imaged directly.

"We know of its existence only through the motion on its star, so all we have is an estimate of its mass and its orbit, nothing else," the statement reads.

"The idea of a technologically advanced civilization living around our nearest stellar neighbor is quite extraordinary," Marchis admitted.

"But currently, we’re left with more questions than answers: Why was the signal detected only once over 30 hours in April and May?" We also don't know why observers didn't immediately alert the scientific community.

The planetary astronomer also argues that it would be "highly improbable" that two civilizations would end up "using the same technology at the same time."

"It’s probably not alien and we will confirm this soon," Marchis concludes. "Of course, as a SETI Institute scientist, nothing would please me more than to be proven wrong."

Read This Next
Whack-an-Alien
Chinese Scientists Say They May Have Detected Signal From Extraterrestrial Intelligence, But Probably Not
So Close But So Far
Astronomers May Have Spotted a New Planet Around the Nearest Star
Loeb Love
Harvard Astronomer Argues That Aliens Visited Us in 2017
Loeb Strikes Again
Harvard Astronomer Says We Should Hunt for Alien Probes
RIP
Iconic Arecibo Alien-Hunting Observatory Will Be Demolished
More on Hard Science
It From Bit
Nov 22 on the byte
A Scientist Is Crowdfunding an Experiment to Check if We Live in a Simulation
Water Carrying
Nov 20 on the byte
Evidence Grows That Soggy Meteorites Gave Earth Its Oceans
Shroom News
Nov 20 on the byte
Scientists Build Circuit Boards Based on Mushrooms
READ MORE STORIES ABOUT / Hard Science
Keep up.
Subscribe to our daily newsletter to keep in touch with the subjects shaping our future.
+Social+Newsletter
TopicsAbout UsContact Us
Copyright ©, Camden Media Inc All Rights Reserved. See our User Agreement, Privacy Policy and Data Use Policy. The material on this site may not be reproduced, distributed, transmitted, cached or otherwise used, except with prior written permission of Futurism. Articles may contain affiliate links which enable us to share in the revenue of any purchases made.
Fonts by Typekit and Monotype.