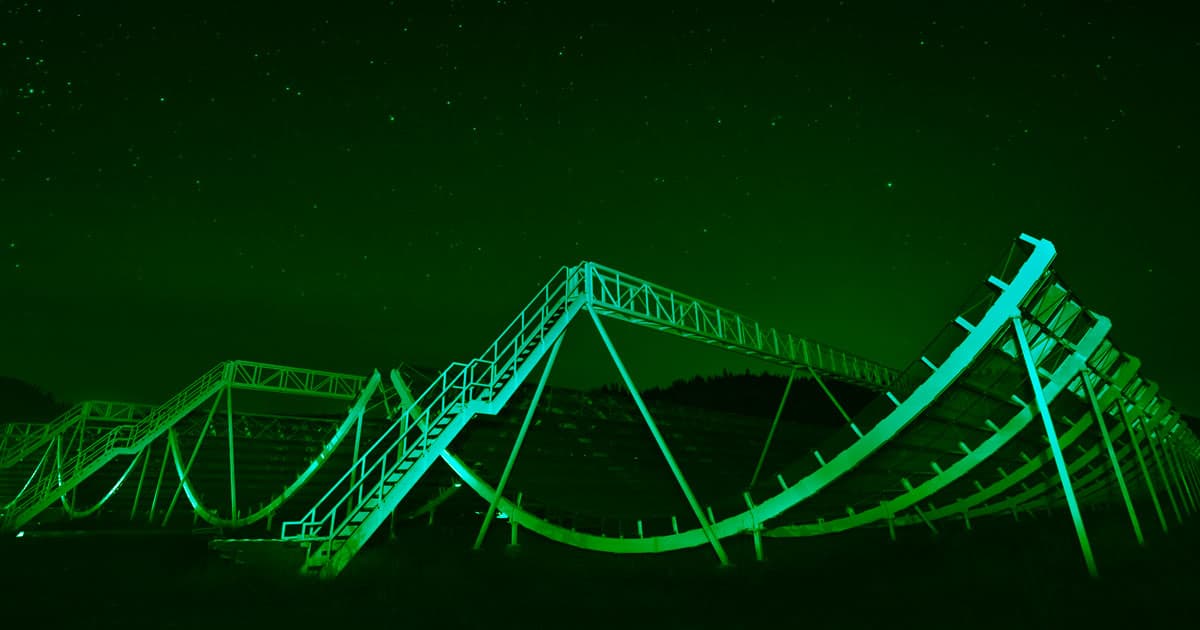 Powerful Radio Signal From Distant Galaxy Seems to Have a Pattern

A mysterious signal, from deep space, is repeating every 16 days.

A mysterious signal, from deep space, is repeating every 16 days.

Fast radio bursts (FRBs) have fascinated astronomers ever since they were first observed in 2007.

We've only started to understand these powerful signals and have yet to figure out their cause. Some have even speculated they could be signs of extraterrestrial life.

Now, Vice reports, a new study by Cornell University researchers has identified an FRB source about half a billion light years from Earth that pulses, ominously, on a regular 16-day cycle.

That makes it the first discovered FRB to be on a repeating schedule, according to the paper.

Scientists have a number of ideas as to what may be causing the regular cycle. The signal could be coming from an orbiting object, for instance, that only sends signals at a certain point in its orbit.

It could also be coming from a binary star system made up of a massive star and a highly magnetized star, as outlined in a different study published on arXiv.

READ MORE: Something in Deep Space Is Sending Signals to Earth in Steady 16-Day Cycles [Vice]