Source of Weird! Signal From Nearby Star Finally Confirmed

The wild public speculation can now come to an end. 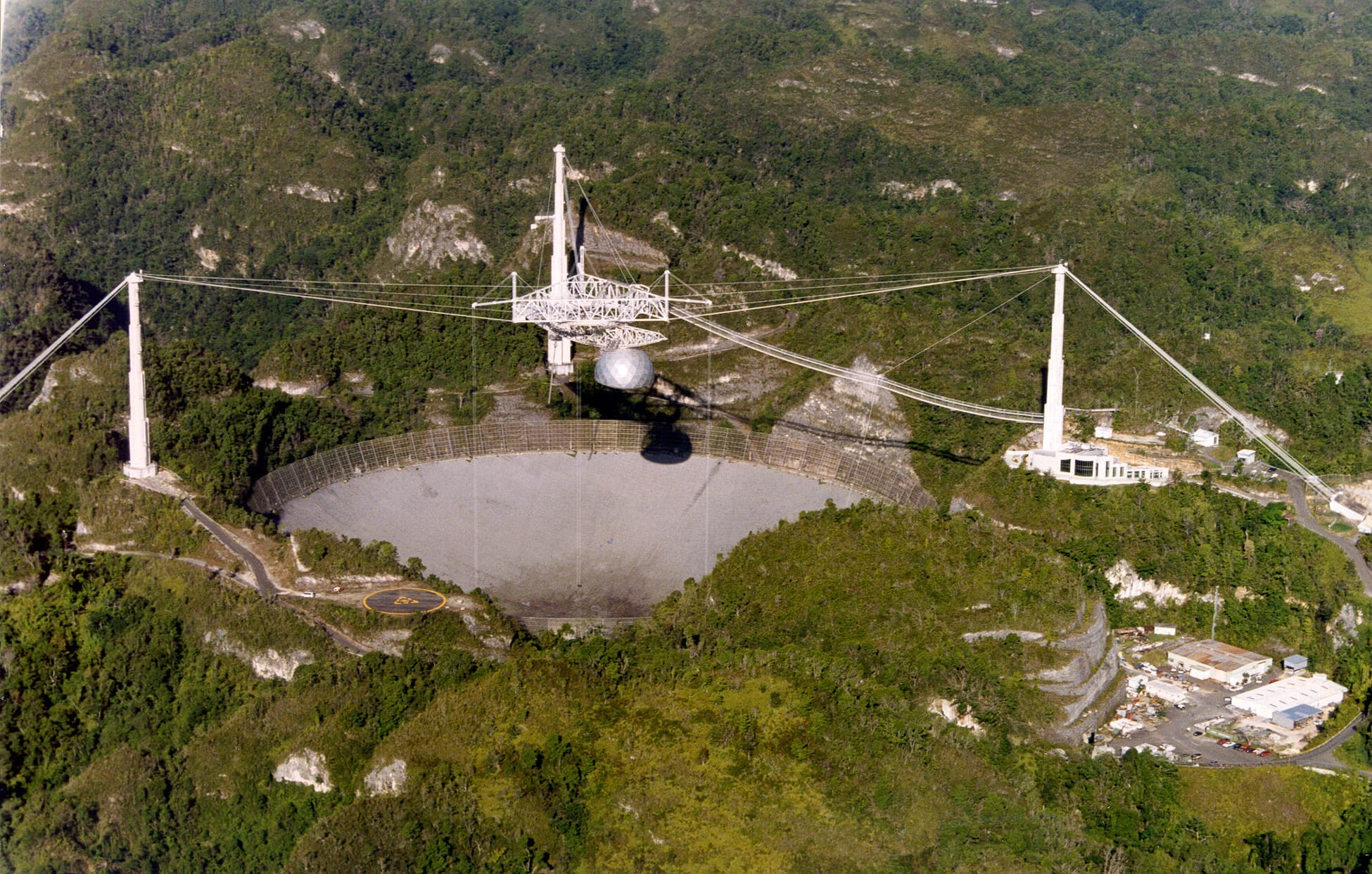 The detection of peculiar radio signals from a dim star roughly 11 light-years away from Earth had the public speculating wildly last week about the possibility that we'd finally detected an alien communication.

After looking further into the signals with a little help from the Search for ExtraTerrestrial Life (SETI) Institute, astronomers at the Planetary Habitability Laboratory at the University of Puerto Rico at Arecibo are ready to confirm the source of the signals from Ross 128, and it's not ET.

"We are now confident about the source of the Weird! Signal," Abel Mendez, director of the PHL, wrote in a blog post on Friday. "The best explanation is that the signals are transmissions from one or more geostationary satellites."

The signal — officially named the Weird! Signal — was only spotted near Ross 128, one of several red dwarf stars Mendez and his team have been studying, because Ross 128 is "close to the celestial equator where many geostationary satellites are placed," Mendez explained.

The PHL also conducted an informal survey of almost 800 participants, including more than 60 astronomers, to find out what people thought was causing the Weird! Signal. Most said it was likely astronomical in nature. "This is interesting since in the absence of solid information about the signal, most astronomers would think that [radio interference or instrumental failures] would probably be the most likely explanation," Mendez noted.

Unexplained signals, like the more popular and recently resolved Wow! signal, draw significant attention because many people are hopeful that we'll find some trace of alien life. Indeed, the unofficial public survey showed that roughly 200 of the 800 participants believed the Weird! Signal was communication from intelligent alien life.

However, as Mendez explained, "Unexplained here does not mean inexplicable; it just means we are not able to tell which is the precise source from many possibilities."

Just like the Wow! Signal, the Weird! Signal from Ross 128 demonstrates that there's likely to be some non-alien answer to many of the mysteries we uncover from the universe.

Of course, this doesn't mean that the search for alien life isn't worth it. Before we can consider any such explanation, however, we need to explore all stellar and astronomical possibilities. Sometimes, these possibilities may take 40 years to be completely explored, as was the case with the Wow! Signal, but such is the nature of scientific inquiry.

"This was a great experience of open science," Mendez wrote. "Sometimes projects, observational campaigns, or missions do not necessarily reach their objectives. The lesson here is that we all need to continue exploring and sharing results openly. Some people prefer to only learn about the successes, but others prefer science in real-time, no matter the end result."

Read This Next
Horrible Geese
Furious Geese Are Defeating Humans, Scientists Find
Quacks Like a Duck
Those Headlines About Scientists Building a Wormhole Are Total Nonsense, People
Falling In
Objects We Thought Were Black Holes May Actually Be Wormholes, Scientists Say
Bangs and Bounces
Scientists Say Stuff Might Have Been Happening Before the Big Bang
Clusterf***
There's Something Strange About How These Stars Are Moving, Scientists Say
More on Hard Science
Reel Big Dish
Yesterday on the byte
Brilliant Scientists Decide to Name the World's Largest Telescope "SKA"
It From Bit
Nov 22 on the byte
A Scientist Is Crowdfunding an Experiment to Check if We Live in a Simulation
Water Carrying
Nov 20 on the byte
Evidence Grows That Soggy Meteorites Gave Earth Its Oceans
READ MORE STORIES ABOUT / Hard Science
Keep up.
Subscribe to our daily newsletter to keep in touch with the subjects shaping our future.
+Social+Newsletter
TopicsAbout UsContact Us
Copyright ©, Camden Media Inc All Rights Reserved. See our User Agreement, Privacy Policy and Data Use Policy. The material on this site may not be reproduced, distributed, transmitted, cached or otherwise used, except with prior written permission of Futurism. Articles may contain affiliate links which enable us to share in the revenue of any purchases made.
Fonts by Typekit and Monotype.